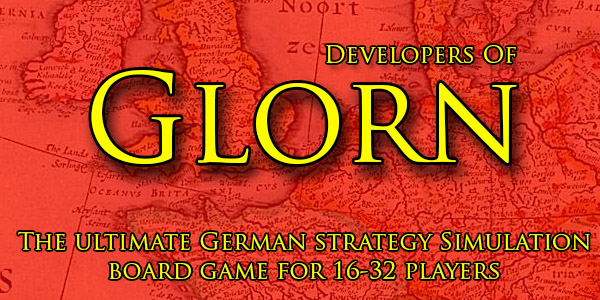 Greetings, and congratulations on your purchase of Developers of Glorn: proud winner of the 2012 Klaus Teuber "I Could Have Done That" Award! We realize you're probably ready to play immediately, but might not have time to pore over the 500-page manual (not included) or attend the two-week online certification course taught by Glorn creator, the esteemed Meinhard Geiszler. To help you get a quicker start, we've assembled answers to some of the most common questions below. Read on, and enjoy your stay in the mystical realm of Glorn!

Q: My living room/kitchen/silo can only hold 15 or fewer people. Where can I play Developers of Glorn safely?

A: Developers of Glorn is an ambitious board game, and many modern homes are simply not equipped for the amount of space it requires. We recommend calling our support line at 1-800-GLORN-ME, and one of our friendly representatives will locate and reserve an appropriate local play space for a nominal finder's fee. (NOTE: Playing Developers of Glorn outdoors will void your warranty and disqualify you from all future tournaments.)

A: Since Developers of Glorn is intended to fully represent the struggles of the early Germanic people, developer Meinhard Geiszler strove to depict the realistic details of their everyday lives. That said, famine rolls should be performed every seventh turn, or when the Moon Slider reaches its sixth phase. If each player has three corn cards-but no more than five-roll six dice and divide the total by the number of mills not adjacent to a blue, black, or red thief token. Write this number down and keep it on you at all times. We may end up using it for the expansion.

Q: We have encountered a situation that isn't covered by the rule book. When should we stop arguing with each other?

A: Developers of Glorn is such a complex and nuanced game that our current ruleset cannot possibly cover every scenario. If you have an in-game dispute, we recommend you turn to the card-based expansion, Settlements of Glorn (MSRP $19.99), to resolve it. Or, call our help line at 1-800-GLORN-ME and a certified Developers of Glorn tournament judge will consider your situation and rifle through various rulebooks for only $5.99 a minute.

Q: Help! My barley supplies are low and I've forgotten what the point of this game is!

A: Don't worry! Barley shortages are a common issue for new players, who might not be familiar with how to replenish their supplies. Always remember that on the "harvest" (or eighth) phase of your turn, you can trade four serf cards for the chance to do a "barley roll." On a six-sided die, any roll greater than five will allow you to draw three cards from the manure deck. If you have more than 800 pounds of it in your current hand, you can then use it on the "manure spreading" (or third) phase of your next turn if no one has rolled a seven in the past twenty minutes. It's that simple! 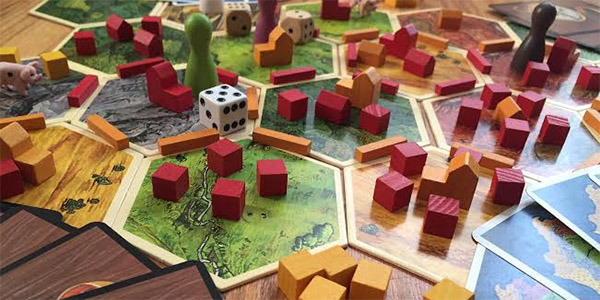 Q: My legs have fallen asleep waiting for my next turn and I'm worried about blood clots.

A: Since Developers of Glorn requires several painful decisions on every turn, many players take upwards of 80 minutes before flipping the Glorn King medallion to signify that the next player may act. To avoid the more common deaths seen at worldwide Glorn tournaments, we recommend light exercise every twenty minutes to avoid fatigue, and a low-impact hobby, such as cross-stitch, to pass the time and prevent drowsiness and mental anguish between turns. And don't forget: Due to the presence of unlicensed coaches illegally offering their services on the Internet, using any kind of smartphone during play is expressly forbidden by the Glorn Council of Elders.

Q: Our Glorn sessions have stretched on for multiple weeks, but my cat won't respect the placement of the thousands of tiny game pieces before her tiny paws! How can I keep her away when we're not Glorning?

A: Creator Meinhard Geiszler has several strategies for animals that are uncooperative with the Glorn lifestyle, but due to pending legislation, they will not be listed here. We recommend you call the Glorn help line at 1-800-GLORN-ME and ask about our Glorn Protection Domes. For only $9.99 per square inch, your ongoing game can be protected with the finest of plastics, preventing cats, dogs, parrots, and even girlfriends from disrupting your Glorn progress. We are legally required to tell you these have crushed the spines of several domesticated ferrets.

Q: How do I know when the game is over?

A: Unfortunately, genius creator Meinhard Geiszler, in all of his hard work, neglected to include a "win state" in Developers of Glorn. While, due to overwhelming demand, this is in-the-works for the upcoming expansion, at present, there is no official way to end the game. Because of this, we recommend you use creative means to decide who is the victor: The last person to attend each session and remain on speaking terms with other players, for instance, usually takes home this honor. Glorn is a land of imagination, so why not use yours? Keep in mind we do not explicitly endorse the handgun slayings used to end 15% of all Glorn games until the court finds in Mr. Geiszler's favor.