Fun Things You Learn When Your Dog Has Diarrhea 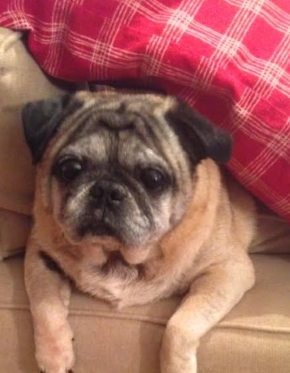 If your dog weighs 30 pounds, as mine does, that dog contains 40 pounds of liquid fecal hell. That doesn't mean this ordeal will end when those 40 pounds have finally exited the dog. Instead, those 40 pounds will instantly replenish the moment you lay down to catch a moment of sleep.

- You will take your dog outside for half an hour and nothing at all will happen. The moment you come back inside, it's the jet poop olympics.

- This is all you'll be able to think about for the immediate future. If a sweepstakes crew arrived at your door with an oversized check for ten million dollars and you would mutter, "That's nice," and sign it with a wary eye on your dog's anus.

- You will magically become an amateur detective, trying to pin down why this is happening. Was it that weird dirt he hunched over and nibbled, making those weird perverted lip-smacking sounds before you could realize what was happening? Is it a simple cold? Are the gods punishing you for moral failings? Is your dog just a goddamned idiot who scarfs down random garbage when you're not looking? Encyclopedia Brown is on the case.

- Hot chocolate isn't as appetizing as it once seemed. Neither is an overturned chocolate shake, or a cake decorated to look exactly like diarrhea.

- Let's say your dog is spoiled. He views you as little more than a personal elevator who exists to pick him up and put him on the couch. Even now, he still wants to go on the couch. No matter how many times you explain that his diarrhea makes the couch off limits, he won't understand. If you draw a detailed diagram explaining the situation he will inspect the drawing and consider it for nearly an entire minute. Then he will face the couch and beg to be picked up and put on the couch, each whine accompanied by a wet fart.

- Hey, you get a free comedy article idea. In a way, that makes this entire experience a net posit- OH FOR THE LOVE OF... DON'T LICK THAT!