Things Your Grandfather's Goddamn Tax Dollars Can and Can't Fund

I'm sick and tired of the government thinking they can just take my money every year and use it for whatever Solyndra they want. I don't like the things they do with my money. And other things they don't do, they should do. Here is a complete list of all the things my tax dollars can and can't fund. 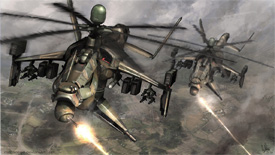 We need a tough helicopter to face tough problems.Hot rod helicopters. Rowdy chopping whirligigs with Native American names. Spin these bad boys up and send them all over the place. Send them to Peru. Remind Peru about our helicopters. Hey Peru, we've got 'em. This is the AH-99 Cherokee with triple missiles. Welcome to the jungle.

A submarine. I think we need a submarine. I know some people don't agree, but I want you to just think about a world without our submarine.

Ropes for people sinking into quicksand. You can't see quicksand. I don't trust the EPA to check it. And you never know when quicksand might be under your feet and when a vine might turn out to be a snake. You want to try to climb out using a snake? Good luck. This ain't a cartoon.

Can we get another lane on this highway? It's bumper to bumper down here. How about a lane for cool guys with a Mercury Sable. OnStar, yeah, can you tell me why are there so many Irish in the car next to me. They're looking over at me now, what do I do, OnStar?

More and different pickles. I really like the ones from the farmer's market. I'm open to new pickles. This a thing I am all about now. 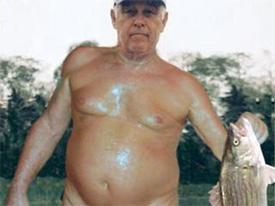 Can't get any fishin' done with all these goddang wakes scaring off fish.Would like to be able to do some more fishing without all the wakes. Can we cut down on these wakes?

How about we get jumping jacks back in schools. Finally. Used to be, you'd see kids all lined up doing jumping jacks, getting healthy that way, but now they're dancing around like idiots. Sweating to the oldies. The only "oldie" these kids need is a good old six inch vertical jump and a couple of clapped hands over their head.

Stop giving aid to foreign countries. Malaria nets? Maybe if they stopped trying to catch malaria they would have something to eat. But you just keep giving them money and they'll keep coming up with stupid ideas like this one. It's like the raccoons. I gave them a brick of old munster and they told me I can't buy cookies with munster. You're the one who rang my doorbell.

How about somebody finally put a whooping on that Kim Il Jong guy? I'm sick of hearing about him hanging out with Dennis Rodman. Those people are eating bugs, for chrissakes. They have a computer. One computer. The only thing they can do is parades, which I enjoy, but not that kind of parades. One missile is enough. One tank. We get the idea. The next time Kim Jong runs his mouth let's send the helicopters over there.

Deport 'em. You know who I mean. It's about time. They think they can come in here and, if they have a baby, they get to stay. Then they get on a bus and the next thing you know they're in that section 8 housing off Oak St. Have you seen that? Let's just get a big dozer and widen out that blade and starting pushing until they're back over the border. Not our problem. Go back to Ireland.

I would like a ramp for my dog to get into the back of my truck. My dumb, obese dog wants to ride in my truck. Thank you. 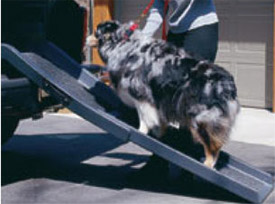 Oh, sure, we can send a dog to Pakistan to smell for earthquake victims but we can't put Smokey up a ramp to go to the tractor show? To hell with that.We need the space shuttle back. How could they get rid of that thing? You know how much money it cost to build? You drive that damn thing into the ground and then we'll talk about my tax dollars paying for a new one. And stop using the Russian rockets. It's embarrassing. It used to be that this nation reached for things, like moons, now we're lucky if we can get a train to run on time with all this reality TV on.

Get rid of the FDA. If I wanted to know what was in my food I'll ask the guy at the Old Country Buffet to lift up the mashed potatoes so I can see under them. Found a cigarette filter in those one time and you know what they did? They gave me coupons. The government messes up way worse than that. How about some coupons, Mr. President?

Not so many fancy celebrities speaking at colleges. You got three kinds of people who should be giving commencement speeches at colleges: pastors, football stars and war heroes. Once you brought TV actors into it, you might as well kiss our future goodbye. These dumbass kids don't need Tony Danzas telling them who is the boss, they need to figure it out by starting their own business. Earn the boss. That's who.

Once we let the Japanese cartoons on TV it was all over with. Not one more dime of my taxes. I swear.

Bikini water slides. I had a dream where I was at the bottom of the water slide and your grandmother, god rest her soul, wasn't to be seen, but these beautiful bikini girls kept coming down the slide. They were giggling but there were some blacks down there smoking cigarettes and playing dice games and I had to catch all the bikini girls before they slid right into the blacks. Fortunately, I was able to do this. I would like to recreate this. I would like my money to fund this.