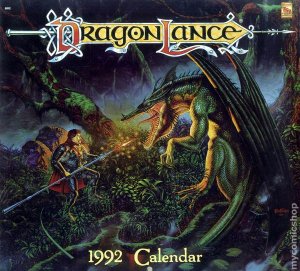 As a draconic otherkin, I'm terrified of white people. They slaughtered my kind during the Dragonlance conflicts and mercilessly teased me in high school for my D&D manuals and other symbols of my racial heritage. I shudder at the mere thought of their slender noses, tiny mouths and pearly skin - skin as smooth and pale as the bonesabers they once thrust into the hearts of my ancestors.

White people must fear me as much as I fear them. That's why they installed a glass ceiling to keep me from soaring to the top of the corporate ladder at Dominos Pizza. I've been working there since I got expelled from college for my controversial post-colonial analysis of Beowulf as anti-dragon propaganda.

I'm walking down the street to deliver a pizza when a white man asks me if I know what time it is. I think he's trying to mug me or sell me Bruce Springsteen tickets, so I throw the pizza box at him and run. White people are shooting out of coffee shops and Olive Gardens like sperm trying to impregnate me with white culture. Some are wearing t-shirts for Dragonforce, Imagine Dragons and other white bands that have co-opted draconic imagery for their own commercial gain. I hate white music and once tried to make the least white song ever by taking the whitest song ever and writing a song that was its exact opposite. The whitest song ever is John Cage's pretentious silent art piece "4'33"" so the song I ended up making consisted of every sound in the universe at 4,000 decibels and rendered me deaf for several months.

I hide from my assailant in an alley. Above me in a third-story apartment I can hear people yelling Caucasian slang terms like "math rock," "divan" and "Faulkneresque" while a John Williams score blares in the background. Assuming it's a white race riot, I call the police.

"It was just some guys watching Star Wars," the police officer tells me after investigating. "You need to overcome your fear of white people. Maybe it's a reaction formation of some opposite fear, like fear of hipsters, since they're the opposite of people." 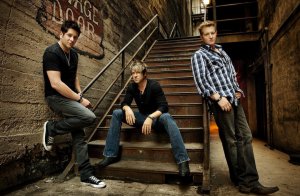 "Just because I'm a dragon doesn't mean I fear all white people," I say. "You see..." I'm about to give my "there are white people and there are crackers" speech, but I look over my shoulder and see some Nascar fans and half of Rascal Flatts nearby.

"There must be some aspect of white culture you like," the officer says.

"I guess I like George Michael, not his music but his movies like Braveheart and Lethal Weapon."

"Those are Mel Gibson movies."

"Sorry, all white people look pretty much the same to me."

The Nascar fans are gathered in front of a TV store watching the Daytona 500. Suddenly Tony Stewart's car explodes, launching his mangled, flaming body several miles into the air.

"Oh my God," one of the fans says. "The rapture just happened and only Tony Stewart was saved. We're all doomed!"

"Tony Stewart is a shithead," another one says. Everyone laughs, knowing the remark is just a lighthearted jab at Tony Stewart honoring his memory. I start laughing too, at which point everyone glares at me. Apparently it's not okay for dragons to laugh at self-deprecating white humor.