He asked me if I knew what it meant to die. He knew. He had lived ten billion lifetimes and would live ten billion more. A river of blood stretches at our backs and a river of blood surges beyond. All those who came before and all those who inherit our work. He is a rock in that current. He is unchanging. The river breaks around him.

He stretched out lambent arms of fire and spoke with seven tongues of blades:

"For, washed in life's river,
My bright mane for ever
Shall shine like the gold,
As I guard o'er the fold."

He snapped my neck and showered me with his urine. Not even a parting laugh as I lay gasping for breath. "Die," he told me and the stars spun away. There came the sun, hot and hateful and upon it rode his laughing face. The heliocentric flora turned their leaves and blossoms to him and in the swaying of the wind I heard them call his name: Wink Martindale. Wink Martindale. Wink Martindale. He creates and destroys. He is both born and undying. Wink Martindale is eternal and he's buying the filthiest hotdog in the gas station rotisserie. 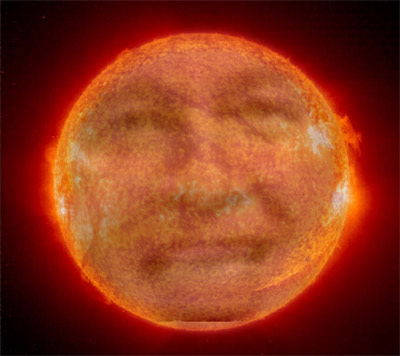 Wink Martindale is playing Dozens with Stephen Hawking. He just told Hawking that his momma so nasty she don't pass gas she passes amyotrophic lateral sclerosis. Wink Martindale knows what it sounds like when a robot cries.

The temples and cities will fall. The earth will heave and give up its secrets. Fire and brimstone will be upon the land and the stars will smudge and run from the night sky. The legions of the damned will march on the host of heaven and a great battle will rage across the earth. With tattered shirt and bloodied hands Wink Martindale will fight them back. Back, back through the breach. Back to the blasted gates of Tartarus. The Prince of Lies will cower and quail. The angels will raise their cups in salute and Wink Martindale will knock them from their feeble grasp. HE alone will rule heaven, hell and all creation that lies between.

Please turn the audio cassette over to Side B to hear more of Wink Martindale screaming at retarded children.