Internet Guy can be seen arguing below YouTube videos, following various internet articles with comments like "cute... im surprised this place is still going so many years after it stopped being relevant", and begging celebrities whose work he pirates to follow or RT him on Twitter.

Question #1
There's a girl I like, she works at the video game store. I know she probably gets hit on a lot but I like her and want to get to know her better. What's the best way to approach this situation?

Above all else, women are attracted to power. Power can be reflected in your appearance, so you'll want to wear your tightest graphic t-shirt, some form-fitting jorts, and hold your arms out to the sides while straining all the muscles like you're carrying a fifty pound sack of Bitcoins in each hand. 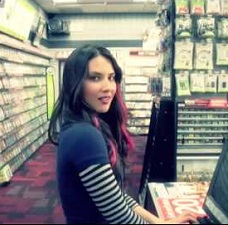 Girl, the only games I play are video games. Specifically, JRPGs.Power can also be implied through attitude, so walk with purpose. Look everyone in the eye intensely. Reach out to pick up a game from the shelf and knock it on the floor as if you forgot your own power. In a booming voice say "Oh, I forgot my own power" to emphasize this.

With that out of the way, the rest is easy. Just bring in two very specific games for store credit: Chrono Trigger for the SNES and Rez for the PS2.

Chrono Trigger shows that you're a man who appreciates the classics, that you have sophisticated tastes. Gets the chicks wet every time. Rez is a conversation starter. As she's punching the game in, make a quizzical expression and ask "Say, didn't this game have some weird peripheral? What was that again?"

Question #2
Did you hear about the soccer player that collapsed on the field? A cardiac arrest at age 23. Frightening. I'm pulling for the guy.

I'm glad you said you're pulling for him and not praying, otherwise we'd have a pretty big problem right off the bat.

I know that people are going to take this the wrong way, but screw it, they're too sensitive: If it was me, I would have not had the cardiac arrest.

At even the slightest hint of a medical problem I would employ my considerable powers of concentration until things returned to normal. If for some reason that wasn't enough, my will to live would prevail. Only an external injury like a katana to the brain would take me down, and I'm pretty sure I could grab the katana from an attacker's hand before it came anywhere near my brain.

Question #3
James Cameron is going to the bottom of the Marianas Trench in a custom-built sub! This will be the first time anyone has been down there since 1960, and back then the equipment wasn't sophisticated enough to pick up a hell of a lot. Cool stuff, right? 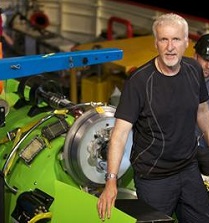 After Terminator 2, James Cameron has been very disappointing. Titanic was for girls and Avatar had too much native American environmental patronizing stuff without enough badass sci-fi marines. I genuinely hope that his sub implodes and he dies so we won't have to see Avatar 2 or a bastardization of Battle Angel Alita with Chloe Moretz or something.

On the other hand, it would be cool if he found something down at the bottom of the ocean. Some sort of artifact that kicks off a real-life zombie outbreak. Modern life is so damn boring and in a survival scenario I could finally realize my full potential.

First of all, from what I understand they changed the books so now there are minorities and gay people and the main character is a girl. Ummmm what? Please stop pushing your agendas already. We've had equality for like 50+ years. All this stuff is tipping the balance and showing people they can whine and get handouts and become more entitled.

Also, the main message is now supposed to be that violence has negative effects on the people that commit it? So, basically this is a guilt trip? How about we just get one movie that is male centric and filled with violence that doesn't make you think. PLEASE.

Second, when they tried to make the kid go to the Hunger Games why didn't she just fight those people? I would never have let them take me away like that. I'd get the drop on one guy, take his gun, then go Rambo on all the other dudes and survive without a scratch. Some people have the initiative, some don't.

Lastly, have you seen the way guns are handled? Please. Not even remotely realistic. Trigger discipline is all over the place. No one is holding their weapons correctly. The sound effects don't match up at all. It's a travesty.

So no, I have not seen Hunger Games.