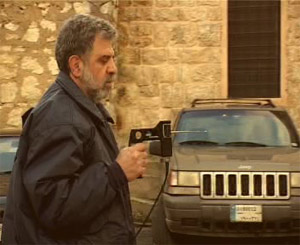 Not pictured: successfully detecting a bomb.The ADE-651 is a hand held device that looks a bit like a paint sprayer with the nozzle replaced with the chrome stub of a car antenna. Like most everything in life, the ADE-651 absolutely cannot detect an unexploded bomb.

Unfortunately, that’s the one thing the ADE-651 is supposed to do.

Bombs are very easy to detect as they are exploding and after they have exploded. This phase in the bomb life cycle is not a helpful time to spot the bomb unless you are part of a bomb-watching group. Police and militaries expend a great deal of effort to find bombs before they reach this stage. They also spend a great deal of money.

The government of Iraq spent 85 million dollars worth of money on the ADE-651 ($8,000 per unit) in a no-bid contract to its manufacturer, UK firm ATSC. The company belongs to Jim McCormick, the man who developed the ADE-651 by, presumably, jamming the chrome stub of a car antenna into a paint sprayer. Friday, January 22nd, McCormick was arrested for failure to sell a device that detects bombs before they explode, a charge known in the complex British legal system as “fraud.”

The ADE-651 detector has never been shown to work in a scientific test.

There are no batteries and it consists of a swiveling aerial mounted to a hinge on a hand-grip. Critics have likened it to a glorified dowsing rod. 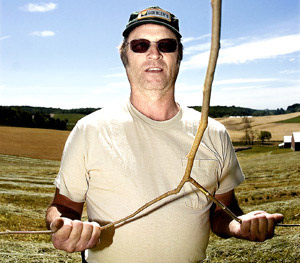 Slightly less than $8,000 per unit.McCormick’s arrest goes a long way to explain why so many bombs seem to be detected by Iraqi civilians in the exploding, rather than the non-exploding, phase. A test by Sandia Labs in the United States determined that devices like the ADE-651 are no more effective than random luck in finding bombs. Presumably, Iraqi officials will be overjoyed to learn why so many bombs keep-

Major General Jehad al-Jabiri, who appeared at a press conference with Mr McCormick following the December explosions, said he did not "care about Sandia" and knew more about bombs than the Americans:

"Whether it's magic or scientific, what I care about is it detects bombs," he said.

I don’t know who to believe in this situation. On the one hand you have the British government and a respected US science lab, and on the other hand you have the device’s inventor and an Iraqi official named Jihad. General Jihad is convinced that the ADE-651 is working and is unconcerned “whether it’s magic or scientific,” which strikes me as very incurious.

No wonder the British want him so badly. A real, living mage could do so much to restore the Queen to her rightful place ruling over a British Empire that never sees a setting sun. Imagine the sorts of magical bomb-related devices ATSC and McCormick could dream up if they were allowed to unleash their full power upon the world. Access to ley lines would be a big plus. 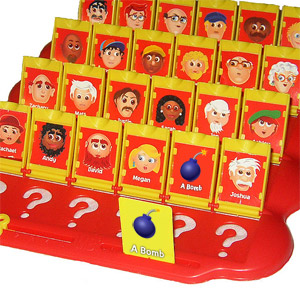 Are you wearing a...burning fuse?WWK-204 - A kit that makes defusing a bomb as easy as throwing a coin into a well. Uses the ancient methods of wishing technology.

GW-88 – A remote sensor that allows you to guess who is carrying a bomb using your powers of intuition…and a little bit of druidic sorcery.

GLR – 187 - A flexible metal spoon that can be used to stop the beating of a frog’s heart. Not really related to bombs, but fun at parties.

ACI – 8 – A freeze-dried palm berry that stimulates your bio-activities and prevents carcinogenic harms. As seen on Oprah. Available only to credit card purchasers.

SS-33 – A fright mask that, when worn, kills children. An admittedly limited market for this one, mostly countries that execute children, like Iraq and Texas.

It is too bad for us, we’ll never know what wonders McCormick dreams up. Now that he has been “disappeared” by “Her Majesty” the “Queen” there is little chance he’ll be around to serve the public good. Will General Jihad still be able to find bombs with his fake bomb detectors?

We can only pray. And throw coins into a well.