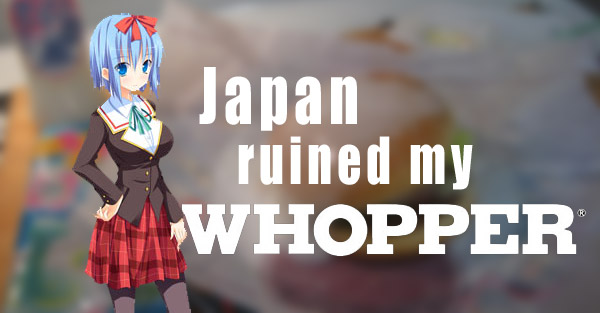 They don't really advertise with us anymore, but Peter still frequently sends me things I have no use for and don't want in an effort to get me to review them. A few years back he sent me an entire series of figurines of anime girls that were combined with WWII airplanes. Not riding in them, they were physically integrated into the airplanes.

Last week he sent me the most dire box of oddities yet. Beginning to feel bad about him sending me stuff and me never writing any articles about it, I resolved to turn that around. 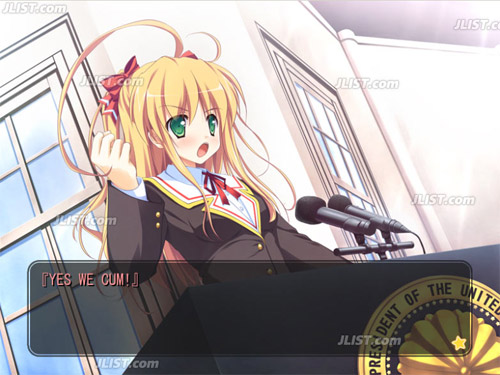 My next discoveries were various Popin' Cookin' kits. These are like do-it-yourself candy factories where you pour powders into molds and make various candies that sometimes look like other foods like sushi or donuts. I was familiar with the idea from one of the numerous Youtube videos, so I figured I would start with this. 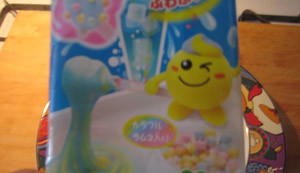 I took a look at the instructions on the package. I can't read Japanese, but I figured it couldn't be too hard. 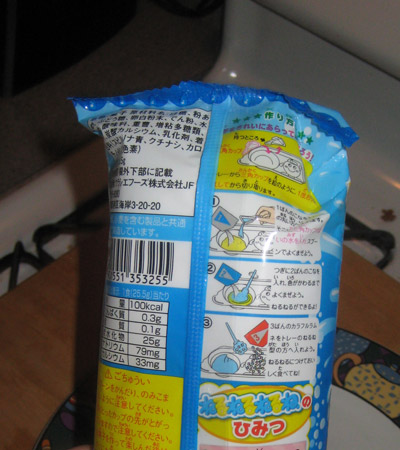 I poured one powder in one mold. The other powder in the other mold. 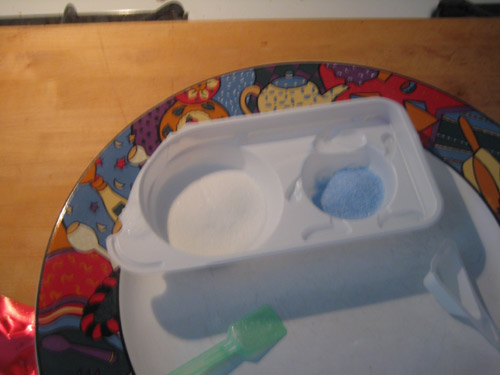 I added some water. Wait. I think I was supposed to swirl them first. Oh well, I added the candy to the top. I think you are supposed to make suckers out of the resulting goop, but I could not find any sticks and I used way too much water and it was really soupy. If you have kids and you want to teach them how to make unhealthy food out of chemicals this is the perfect gift. 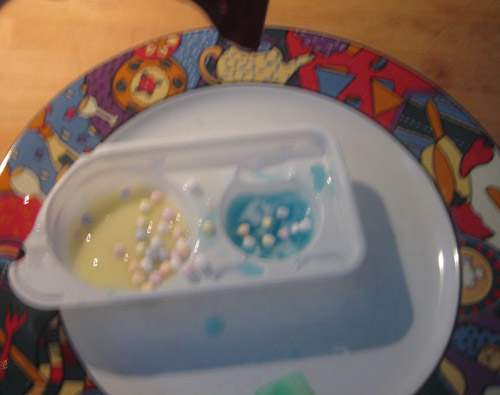 Dispirited, I grabbed my lunch, a Whopper, and continued the search through the box. The next item Peter Payne thought I would have some use for an odd spray bottle he included.

I didn't know what it was so I scoured the J-List website and came across this: 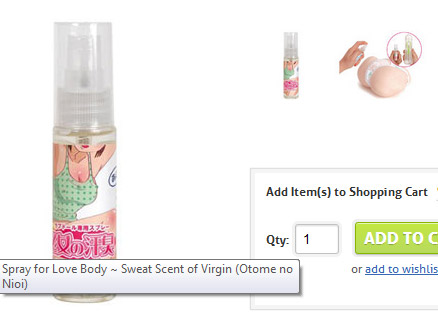 That's right, it's a spray containing female pheromones that "reproduces the smell of a hot female having sweaty sex."