Jughead Fucks Now? How DARE You! 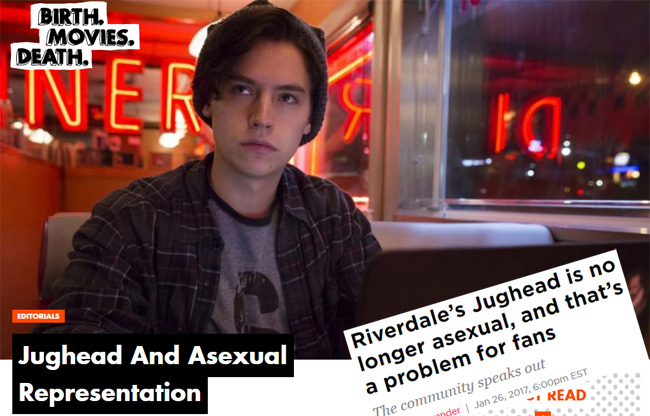 The cartoon who likes hamburgers, wears a crown, and has an insulting name represented our lack of sexual desire and you took him from us. Back in 2015, the comic relief character, Jughead, came out in Archie Comics as asexual after 375 years of being straight.

Barely a year later, it has been revealed that the version of Jughead in the dark and edgy TV version of Archie Comics, Riverdale, is no longer asexual. Like Young Pope, he's a man and he fucks. And this injustice will not stand.

For too long people would hear "asexual" and they would wonder, "What are you, like a Smurf?" That's insulting. Uh, no, the Smurfs were clearly gendered and fucking, idiot. You had Papa Smurf who was male and straight, Smurfette who was female and straight, and Brainy Smurf who was definitely genderqueer but not asexual. We are not being chased by Gargamel. We love cats. We are like Jughead. The good cartoon that represents our sexuality. 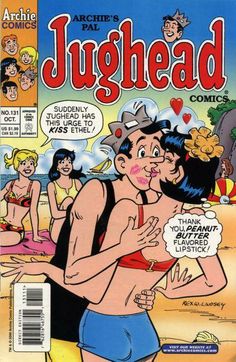 Yes, asexuals are on the verge of being hunted through the Violence Zone by actual Nazis driving cars covered in spikes, but this Jughead thing is just a step too far. It's more hurtful than the time we found out the bird lady on Dr. Who wasn't a lesbian. You can scoff at this, but it is a slippery cultural slope.

You may not know this, but back when Archie Comics started in the 19th century, "Jughead" was the medical terminology for the mentally disabled. If your child was hit in the head by a baseball they could be declared "jugheaded" by a doctor and sent off to a hotdog factory. Calling someone a jughead was one of the worst insults imaginable.

In 2017, Jughead is respected as normal, because we have taken the word back. It is now a source of pride to say you are "jugheaded" because it means you are harmlessly comical, have no sexual desire whatsoever, and only care about hamburgers. That is why, in protest, I am declaring my gender as Jughead on my pilot's license. Let's see them try to stop me at the FAA. 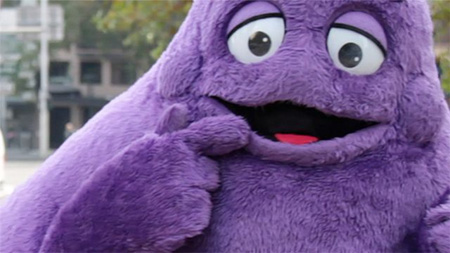