I Was Born in a Small Town 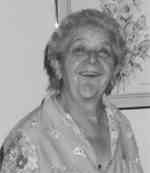 My parents have been constantly bugging me about moving back to Lee's Summit, Missouri (where they live, strangely enough) ever since I escaped from the hellhole six years ago. Invariably, almost every single telephone conversation I have with my mother comes back to the topic of me returning to my hometown, where I would apparently revel in the sheer joy of living in a city which prides itself on having an annual celebration promoting a murderer. In the back of her mind she believes that some day I'll receive a critical blow to the skull, strong enough to make me rethink the Lee's Summit living scenario but too weak to make me forget how to dress myself daily. However, no matter what logic or attempts at emotional blackmail she may lay on me ("Do you know how long your birth took? 78 hours! It felt like I was trying to expel an entire Erector set from inside of me! Then, as soon as you came out, you grabbed the doctor's scalpel and began jabbing it into my eye. Are you aware of how difficult you were?"), it just isn't going to work. There are many reasons why I can't stand Missouri, but the more prominent ones are as follows:

The trees. Dear God, the trees! There are trees everywhere! Miles and miles of trees! I never realized how much I hated trees until I moved to California, where "NO SMOKING" signs outnumber trees 182 to 1. I don't really have anything against trees, and I've seen more than a couple paintings that feature very pretty trees in them, but for God's sake I don't want to be surrounded by trees every step I take. Also, with lots of trees comes lots of nature, and I'm just about completely sick of nature too. Scientists keep on talking about this mystical and legendary "food chain", but I'll be damned if they can sufficiently explain to me how being near hundreds of deer ticks correlates to my daily Slim Jim consumption. I would even go so far as to claim the food chain doesn't even exist, because let's look at the animals at the "top" of this supposed pyramid: lions, sharks, whales, hippos, vultures, and leeches. How many of those animals have you eaten lately? After reading the Slim Jim label, I now realize that I have just consumed parts of them all, so let's forget I even brought up the whole food chain thing.

The weather. The weather in the Midwest is like a big crapshoot. Nobody can guess what the hell will happen in 10 minutes, much less towards the end of the week. Mathematicians are routinely called in to explain how weather forecasters can predict next Monday will have a "50% chance of sun, 50% chance of rain, and 50% chance of snow." As a result, people are constantly confused and don't know if they should wear the NASCAR sweatshirt or the NASCAR t-shirt to grandma's funeral. It's very easy to predict the weather in Costa Mesa. Just remember this handy saying I made up:

This works out especially well for me because my entire wardrobe consists of free t-shirts given out at computer functions. Yes, nothing reeks of class quite like an infinite number of black shirts with "high-tech" logos splashed across the front like roadkill. Luckily I have the fashion sense of a colorblind street pimp freebasing cocaine through a gunpowder funnel, so it all works out. If I didn't have the black shirts to wear (which go with virtually any outfit), I would probably be murdered by the LAPD in a more severe example of clothing-based Euthanasia.

The last reason is probably the one that bothers me the most. Small towns just... creep me out. They're like wandering into some tiny, private club that you have to be born into and you can never escape without having a price tag put on your head by the 90-year old corpse who hangs out at the barber shop throughout day. All your neighbors know your middle name and what you had for dinner last night. They have the last 78 little league game scores memorized. The hot debate topic is either "Republican vs. Democrat" or "Wal-Mart vs. K-Mart." The police force consists of six guys, four of which are related. The most popular nightclub is Dairy Queen, which closes at 9pm every night (7pm on Sundays).

While Lee's Summit isn't really that much of a small town, I've been in more than enough to make sweeping stereotypes and generalizations. For example, when I attended Vanderbilt in Nashville, I had a friend who lived in Cookeville, Tennessee, which is simply one of the goofiest towns I've ever been in. It's like somebody took a chunk of the 1960's, rubbed it around in angsty goth teenagers, and then combined it with the Great Depression. It's about as small townish as you can get without renting a copy of "The Andy Griffith Show." Take a look at an excerpt from the Cookeville Herald-Citizen newspaper:

In our Greenbrier community, the only way we had to set a run-down clock, barring our own ingenuity, was by looking in the almanac and setting the clock on the hour and minute it said the sun would rise or set.

If the clock stopped during the night, you can bet someone was up and ready to set it when the sun could be seen peeping up over the Eastern horizon. On cloudy days, when there was no sunrise and sunset to go by, we still had a fairly accurate way that we and our neighbors could set our timepieces within a minute of each other.

Okay okay, stop right there. First off, let me remind everybody out there that yes, you are indeed reading a news article about SETTING CLOCKS. Somebody actually sat down, thought to themselves, "what would the Cookeville community enjoy reading about?", and then proceeded to pen their thoughts regarding the process of TELLING THE CORRECT TIME. I guess it isn't nearly as bad as somebody writing about somebody writing about setting their clocks, but if I can't be a hypocrite and a liar, how the hell would I run this site?

Well, one morning, when the Qualls clock had stopped and there was no visible sunrise on account of clouds, Mr. Qualls sent the two eldest Qualls daughters, Hessie (Cooper) and Lucille (Clouse), to our house to see what time it was. Rather, she had Lucille wait on the hill.

Hessie came on to our gate and said her Mama wanted to know what time it was.

When my sister, Lura, looked at our clock and told Hessie, Hessie called out to 'Cille and told her it was 23 minutes past eight.

In turn, Lucille called her mother who was waiting outside their door and passed the time on to her. In less than a minute, the clock at the Qualls home was ticking along with only a tock's difference in what our two clocks showed.

That's it. That's the ENTIRE STORY. THE END. GAME OVER. YOU HAVE NO CONTINUES LEFT. I suppose the moral of the story is "if you don't have a copy of the Famer's Almanac handy, then you can set your clocks by asking your two idiot kids that you named after cows to get the time from your neighbors." How could this story make its way into the author's head, much less a newspaper? How critically bored are these people? The following excerpt may answer that question.

I'm counting on my old friend Mayhue Masters (Maxwell's Chapel grocer-storekeeper) for my 2001 almanac and its companion calendar, like I have had nearly every year of my life. I hope he can spare me each of the above.

These two items comprise all I want for Christmas. So long ago we were as glad to get a new almanac and wall calendar as we were for the new seed catalogues to be left in our mailbox.

Mr. Masters and I have been friends since our boyhood days. I am proud to call him kin.

The 2001 Farmer's Almanac, a wall calendar, and a seed catalogue. Christmas gifts. These two sentences simply do NOT equate, and it's blowing my mind. You know what I want for Christmas? Something with enough metal and wires to ensure that it won't ever decompose in a million years. Something that will emit enough gamma radiation into my skull that I'll forget how to get home after using it. This is why I could never get into the small town mentality; it's so foreign and alien to me that I would go berserk and start knocking over feed stores in a matter of hours. And who the hell uses the word "kin" anymore, except when they misspell "kind bud"?

There's also a few more choice anecdotes in the feature, including a true story that revolves around cutting weeds, but I'm far too frightened to even think about them. Small town folk may be scared of the big city folk because all we export is crime, pollution, drugs, and horrible TV sitcoms, but I'm much more scared of small towns because of what they send out: sheer, unadulterated, suicidal boredom.

The always productive Jeff K. has updated his quality webpage with a sneak preview of the Windows Whistler operating system. Included in the article (among other things) is a lengthy and informative apology to his dad for burning down his kitchen. Yes, the article is entitled, "A SPECIAL SNEAK PREVIEW FOR WINDWOWS WHISTLAR AND WHY IM SORRY FOR BURNING DOWN MY KITCHEN."

Microsofts is makeing Whistlar because they ran of out years for Windows. Windows still runs on DOS (DOS Operatian Service) and that means it wasent Y2K compabatible, which means that they had too stop at Windows 2000. If they made a Windows 2001 then teh computar machene would think its 1901 and then it would run on coal or steam powar!!! and coal cant fit into a computar machene becuase of teh motharboard! its simpal math/

Taco the Wonder Dog, who seems to have taken the crown away from Jeff K. in the "sheer, utter, painful incoherency" category, has updated with a cartoon entitled, "Detective Grape on Head... Private Eye!" Or at least that's what I assume it says. I need to start implementing some kind of spelling test before letting any more hosted sites on SA....