Me and Wyatt Koch Gave Sherm to Track Palin 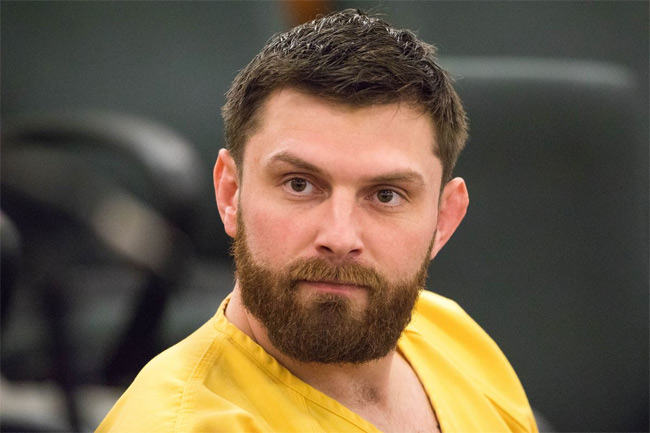 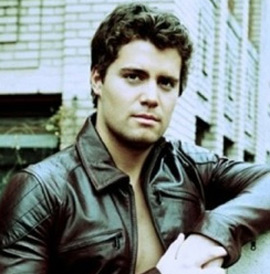 So I guess y'all have read by now that Track Palin got repeatedly detained by the Wasilla Sheriff's department for yoking Todd and beating the nose off that lactonic motherfucker. The news said it was a dispute over a truck between track and todd but that's not the half of it because this goes back like a week to this caper I designed to get the eight sybians out of the former first dude's walk-in ski-doo leathers closet. I was fixing to sell those motherfuckers heavily used up on craig's list or maybe move them to this buyer I know who trains pit bulls with sybians to squirt when you blow a whistle. I don't know exactly it's some fucked up shit I saw on the dark web Milo told me about but we had a falling out and only he knows the URL.

Let's rewind back to the beginning to where I left off. I was working in the Trump administration at one of the top jobs which was the guy who brings President Trump his diet cokes. That may sound like a lame ass bitch job but guess what I got paid six figures, got to pull back my hair into a steven segal and I got to have top secret clearance to enter the skiff to bring the president diet cokes. 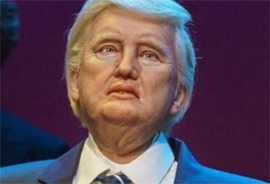 Only problem was a couple weeks ago I was dipping in the diet coke cooler and I accidentally forgot which was the unopened can and which was my dip can and I took the president my dip can and then I had to stand there while he drank the whole thing and then he said "levi this is the best diet coke I ever had" and he made the perfect kissing fingers thing and then he broke out in hives because I have four types of HPV one of which is usually only found in parrots and I guess catching all four at once his immune symptoms didn't have a chance to like ramp up or whatever and he went into a coma.

So they had to bring out the Trump double so the nation didn't freak out and they made me sign an India which is some paper that says I can't talk about shit or whatever but fuck it, right? The other one was moved to the Hall of Presidents which is part of the continueity of government where they keep all the extra presidents in case we need all of them to be reactivated. 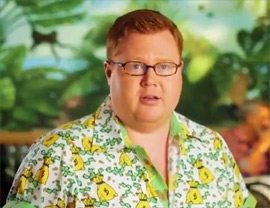 So after I got fired I went to work for a lobbying firm that's trying to get a bump stock appointed as head of the ATF and using dark money to buy ad space on the show where Mark Levin talks about Hillary Clinton being the first trans president of Isis. But then that got shut down because apparently the guy who was running the lobbying firm sexually harrassed the robot that they bought to electrocute homeless people and shoot scalding water at birds that get in the trees over the place where they park all their Land Rovers. With him out of the picture the only people left were me and the guy who designs the shirts for the lobbying firm so I was like "bro, hook me up with a job."

That's how I ended up working with Wyatt Koch designing shirts that really think outside of the box. He showed me his money bags shirt and his clocks shirt and I was like my man what about a shirt that is just titties. He was like "anime titties?" and I was like alright sure so we got this japanese guy to come in and draw a bunch of titties for a shirt. 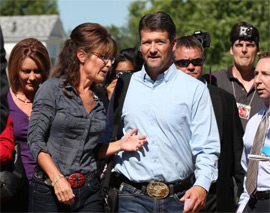 Immediately he said some guy named Roger Stone bought ten of them and a titty vest. And I was totally fitting in and I got to go on Wyatt's yacht called Atlas Shrugged and I was like bro you think it is dope when Atlast shrugs let me tell you about Atlas Sherming. So we blazed some sherm with these two models and convinced them to cage fight with axes and then we had to get rid of the body of the one that died so we drove the boat to international waters and fed her to dolphins which is fucked up and just a bad situation because dolphins know that they are eating a person and they will like it from that point on so we had to kill the dolphins too.

Anyway, I was like, hey, Wyatt, my friend Bodie can get us fucked up he knows this way you can soak tampons in liquid ketamine and acid and it's called butt warping. You got to try it and he was like no I got to call my dad and check in with him or he'll get mad and I was like live a little bitch and I yoked him in his money bags shirt and took over the yacht. I was like let's see if this shit can make it up to Alaska and long story short no it cannot but after eight days in an emergency raft me and Wyatt got picked up by the Coast Guard and I convinced them to take us to Alaska.

Bodie hooked us up with butt warping and pretty soon we were seeing things as they really are for the first time. When you can like align the shapes of reality you can look through a tunnel of the circles that describe all things and see out the other side to infinity. Or so I've heard anyway. Point is, after crashing the yacht and paying off the coast guard Wyatt was cut off from his inheritance and his business was bankrupt so I was like fuck it dude, sell all those shirts for a penny each and charge like 3 dollars shipping that's how they sell old books on Amazon. In the meantime, I came up with this sweet plan to get the sybians from the palin house. 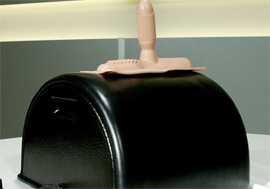 We were going to need a contortionist to get in a sybian box and unlock the walk-in closet from the inside, so we called the japanese guy who drew the titties and he said what the fuck are you talking about I'm 50 years old and I have a bad back and I was like bro do you know any contortionists and of course he fucking did so we got this eight year old japanese kid to get in a box and then we needed an inside man so I was like let's sherm that bitch Track he will help us out.

So I went to the place where he gets his PTSD counseling and help with his opioid addiction and I smoked him up with that Pickly Pete. He was gritting his teeth and barking at people by the time we got him back to the Palin house. He was totally not cool and started barking and breaking windows and I was like my man chill, but then Mrs. Palin started screaming that there was a dead Japanese boy in the sybian room. So that was fucked RIP little dude.

But then Todd Palin came out and was like Levi what the fuck get off my property and you drove over the fence and dragged half of it from the gate to our front yard and why is there a fat version of Ron Weasley with you and I was like my man have a shirt. But Todd wouldn't put it on because Todd has an attitude problem. Track totally blew the plan then and start throwing rocks at Todd and then swinging on him. He started quoting breaking bad saying shit like "look upon my works and despair" or whatever and "I am the one who knocks." I don't know, I never saw it, point is, the sheriffs came, Track couldn't do the karate he thought he could, aliens are real, and the actual Donald Trump is in the Hall of Presidents at Disney.

Anyway, what was I saying? Something about Track?

Oh, before I forget, RIP to the legend Charles Manson.