The End of Liberty: How I'm Fighting Back

With last week's election, it became official: American freedom is a thing of the past. Barack Obama, champion of the welfare class, king of food stamps and tax hikes and gun control, will spend the next four years driving the final stake through the heart of a once proud nation.

While the voters of Shaggy Butte did not support Obama OR Romney in great numbers-- a write-in candidate named Ol' Huss took 64% of the vote-- I still hold each and every idiot liberal communist in this town personally responsible for the death of America. Therefore, I, John Donderondo, am committing to totally disengage from all liberals and liberal institutions from this day forward.

- Due to the threat of having to interact with treasonous liberal neighbors, I will be abandoning my home in Shaggy Butte and moving to Liberty Gulch, my libertarian freedom compound. I will defend Liberty Gulch to the death from all threats to her freedom: census takers, Obama drones, meter readers, owl species that benefit from tyrannical endangered species laws, etc.

- I have already drafted a declaration of secessionist sympathy; once I figure out how my printer works (like hell I'll talk to those ivory-tower elites in the Geek Squad), I will mail the paperwork to the United States Government. Though I intend to remain a proud American citizen until my nation's dying breath, the idea of Liberty Gulch becoming a sovereign nation/major regional power ought to put a scare into those pussies in Washington.

- Whenever possible, I will only be driving on privately-owned roads. Luckily, Liberty Gulch is on land owned by a lumber company, so all dirt roads are 100% taxpayer safe. Should I require provisions from town, I may occasionally drive on taxpayer-stolen public roadways, but I will honk the horn nonstop and lean out my window yelling my disgust at the sheeplike stupidity of fellow motorists.

- Needless to say I will ONLY drive American cars and I will ONLY drive cars made by companies not given charity by the criminal "Detroit bailout." I have converted my 1981 Herbert Motors "Bearcat" snowmobile for year-round use, and I don't give a flaming American crap if it's extremely loud and not "street legal" by modern nanny-state standards. When I'm breezing past a bunch of Kia-pushing communists at a top speed of 22 miles per hour, I will be flying two things: an American flag antenna bobble and a proud middle finger.

- I have thrown away the BLUE tarps that form the roof of my Liberty Gulch and I am actively working on replacing them with RED tarps. The old tarps disgusted me to the point of vomiting with their Democrat hues. If anyone knows where to buy RED tarps, please let me know before the winter comes. If you want my discarded tarps, tough shit, because I will be guarding them with my firearms to make sure they don't fall into liberal hands. 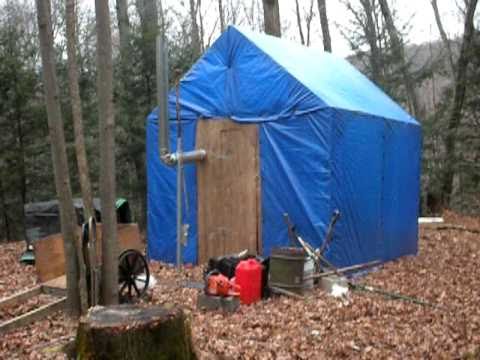 Welcome to Liberty Gulch: Liberals Stay The Hell Out

- I will be setting up nightly Liberty Patrols to scout the area surrounding my Liberty Gulch. If I see any known Democrats or ethnically likely Democrats, I will discharge my firearm into the air and warn them that their "taker" tendencies are not welcome within 300 yards of my Liberty Gulch; I will explain that I am within my rights to use deadly force if they do not leave. If they fail to comply with my orders, I will have no choice but to go Full Nugent.

- I intend to ramp up my campaign of public protest to levels of unprecedented effectiveness. If I am shopping in a grocery store that accepts food stamps, I will exclaim my full-throated disgust at anyone within earshot (I am still investigating whether my state allows "open carry" of megaphones, so one day I might reach moochers well beyond earshot). I will boycott any store that does not accept payment in either bullion, Bitcoins or my own gold-backed "Liberty Bucks." If I am forced to use American cash money, I will register my disgust with the Treasury Department by crumpling my bills unflatteringly.

- As of this moment, I will be "Going Galt" in my personal businesses. If I cannot operate within a just free-market business climate, I will scale back my ventures to deprive the nation of my productivity. I hope liberal America starves without access to my clever conservative buttons and customized libertarian Warhammer miniatures.

- It should go without saying that I will not be paying taxes this years. While that is partially because I don't have to since I haven't made the minimum annual income for the last ten years due to Obama's failed economic policies, it is also an act of protest: instead of tax forms, I will be sending the IRS a letter explaining that I wouldn't be paying taxes even if I had to.

- I will no longer be attending Shaggy Butte's over-regulated Yellow Lake Recreation Area, which is a hive of nanny-state excess. My recreation will now take place at Liberty Beach, which allows toplessness, smoking, alcohol, dogs, drowning, public worship/urination, fireworks, firearms, fire pits and toplessness. Liberty Beach, for the time being, will be located in the gravel quarry near my Liberty Gulch. In the future, I will work with local libertarian organizations to find a location closer to water. 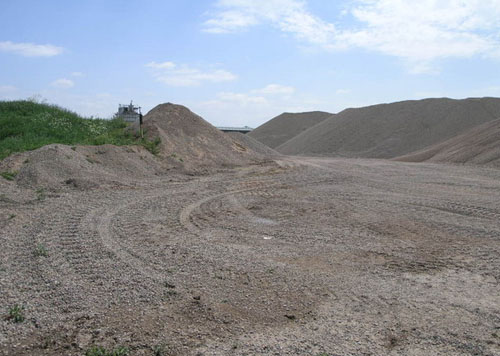 - If I hear any strangers on the streets of Shaggy Butte saying anything remotely positive about Obama, or if I suspect them of failing to read my blog, I will place them under immediate citizen's arrest. Since I am banned from the local courthouse, I will use the power vested in me by the Liberty Gulch Militia Association to put them on immediate trial for treason; if they are convicted, they will be required to say out loud that I am right and they are wrong and Obama sucks big ones.

- Most importantly, I will cut all personal ties with any and all liberals, Democrats, Obama supporters and other assorted communist scum. I will file legal paperwork to reaffirm my divorce from my ex-wife Charlotte, who abused the tyrannical Obamacare system to STEAL health insurance despite her pre-existing condition (nearsightedness). I will reject further weekend custody of my son, Ron, who once laughed at a Herman Cain speech. I will no longer return any calls from my last girlfriend, Leann, who mentioned last time we spoke that she was considering voting for Bill Clinton.

I'm sure you're wondering, How can I help, John Donderondo? Well, you can follow my lead and reject all liberal friends, family, neighbors and coworkers. You can pay visits to me in Liberty Gulch and contribute supplies (food, water, red tarps) to my important cause. You can volunteer your home as a Liberty Gulch Annex, which means I can go in there sometimes and use your bathroom, since Liberty Gulch does not have running water. Or, best of all, you can join me at Liberty Beach for an afternoon of fun, freedom and topless recreation.