Lowtax Has Been Hit By a Bus!

The enemy.R-Lo called me this morning from his hospital room in Seattle. Apparently the reason he hasn't updated in a few days has less to do with his job, his move and his computers and more to do with his recent encounter with a city transit bus. Before you people start freaking out with "OH GOD NO ZACK IS GOING TO DO ALL THE UPDATES FROM NOW ON" I assure you he is already on the road to recovery and was not seriously injured in the first place. The way he tells it he was crossing a street in broad daylight at a crosswalk and a bus surged forward from a stop, clipping his left leg and knocking him to the ground. This fractured his tibia.

Knowing Rich's love of the booze however, I propose a slightly different scenario. Lowtax, working on a three-day drunk, was staggering around bleary-eyed and decided he would race a car down the street. Failing to see anything that was in his path, he ran at top speed into a bus that was stopped at an intersection, breaking his tibia because he is such a complete pussy.

Ooooh, I'm bad for making fun of the poor guy, boo to me. I am sure he would appreciate well wishes and possibly some candy. Lowtax always like some candy (meaning crack-cocaine).

At the Goddamn Movies: The Mummy Returns 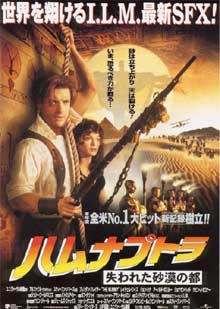 For those of you who hate movie reviews, the bottom line is: X+ (or 72 stars on the rotating Breinhelm star scale)

Welcome to the first and possibly final edition of "At the Goddamn Movies" with myself and Al. I live in the United States and Al lives in England so to jointly conduct this review of The Mummy Returns we connected on Microsoft Netmeeting. The comments of the creepy naked fat guy who appeared about a third of the way through our discussion have been removed for clarity's sake. He just kept groaning and muttering anyway, you weren't missing anything that you haven't probably already had a nightmare about.

The Mummy Returns stars Brendan Fraser, Rachel Weisz, The Rock, mummies, skeletons and explosions. The film is set 10 years after the events of the first movie, with Weisz and Fraser married and being followed around by an annoying and extremely British son. What few vestiges of the horror genre were present in the first Mummy film have disappeared completely for this outing, leaving a nonstop action festival with the same low-key humor mixed in.

Zack: This film had the formula for success all in the right proportions; lots of mummies, skeletons and explosions, not too much of The Rock. There wasn't nearly enough of Rachel Weisz nude, but hey, it's a movie for the whole family I guess. My main problem with The Mummy Returns was the lack of giant robots. I honestly believe that had that one missing ingredient been inserted into the pot, the soup would have been perfect.

Al: Well Zack, giant robots aside, I really liked the atmosphere of mystery and centuried secrets that surrounded this movie. Just take the title for example. The film is called "The Mummy Returns", but we never actually learn what it is the Mummy returns FROM. Did he take a vacation from Egypt or did he just retire from mummyhood? It's a fascinating unexplained vista and one I hope will be addressed in the forthcoming sequels, collectable card games and cereal diet supplement.

Zack: I felt that Dustin Diamond was slightly miscast as the leader of the anti-mummy ninja army or crazy Arab army or whatever they were. Sure, he lends a lot of gravity to a role, but his high-pitched and frequently breaking voice did not mesh well with a faked mid-eastern accent. My favorite sequence in the movie was definitely the helicopter chase through Paris. When Fraser shouted "burn this" to the mummy queen and shot her with the helicopter's flame thrower cannon, I was riveted to the screen.

Al: Action sequences are all very well and entertaining, but for me the true high point of the film was the comitragic and quintessentially Parisian subplot involving Fraser's forbidden love for the 8-armed transsexual circus freak. I felt that it inserted a vital counterpoint to the mummy's hidden communist terror agenda.

Zack: Certainly, the ape scenes were great, but I have to disagree with you on the soundtrack issue. I felt the use of techno-remixed slap-banjo music in every chase sequence got to be a little old. They could have at least varied it somewhat by utilizing the excellent Tito track that was playing very quietly in the background during the truck stop scene.

Al: Yes, well, let's not get bogged down in another analysis of the movie score since given your history of convictions for disturbing the peace I think you are the last person qualified to comment on that. I personally can't help feeling that the soundtrack lacked an element of bluegrass rock that the storyline practically cried out for, especially during the car chase scene when the mummy leads the Viet Cong after Fraser in a monster truck.

Zack: Al, I have goddamn had it with your love of ballroom dance footage. That was stock footage for Christ's sake, they didn't even bother editing the head of Fraser and the head of the ape onto the dancers. I know you don't really care about the details, but I would have to blame that on you failing out of fucking film school because you were too busy getting high. Yeah, you might have gotten laid more than me in college, but you're paying for it now buddy.

Al: Oh, that's rich coming from you, Mister "my father sat on a bayonet in Korea, probably ON PURPOSE". If you would stop sniffing your girlfriend's nail polish remover long enough to focus on the screen you'd notice that Fraser is CLEARLY standing on the balcony trying frantically to bring his 81mm mortar to bear on the Chinese spy disguised as "Eric the Prince of the Purple Pixies". There are NO apes in that scene apart from the dead ones on the banquet table.

Zack: Fine asshole, we agree to disagree. Thumbs down.

I assume that means two thumbs down for The Mummy Returns. I'm not really sure why I gave it a thumbs down, because I remember liking it, but I am easily distracted so-OOOOH SOMETHING SHINY.