Yesterday, CNN reported that a Belgian woman named Misha Defonseca has admitted that her bestselling memoir about her childhood during the Holocaust, Misha: A Mémoire of the Holocaust Years, was, in fact, entirely made up. This probably came as a surprise to any one of the book's millions of readers over the course of the last 11 years, in any of the 18 languages it was translated into. As it turns out, Misha isn't even Jewish, although she (this is a direct quote) "feels Jewish". 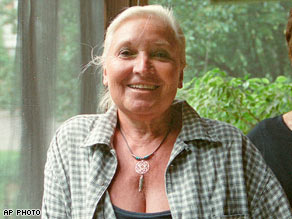 I had never heard of her autobiography until hearing about it on CNN, but I was left with the impression that maybe someone should have realized the book was fictional before now. For instance, check out this quote from the article:

"Her two Brussels-based lawyers, siblings Nathalie and Marc Uyttendaele, said the author acknowledged her story was not autobiographical and that she did not trek +1,900 miles as a child across Europe with a pack of wolves in search of her deported parents during World War II."

I'm sorry, she claimed she did what? With a pack of what? It really took this long for people to realize that maybe this young Jewish war orphan did not, in fact, wander war-torn Europe under the care of wolves?

Maybe I'm being too judgmental. Maybe the story is more convincing than it sounds from that short summary. Which is why I decided to devote some space on our website to an excerpt from the "memoir" in question. I leave it up to you to decide how convincing it is.

******
An Excerpt from Misha: A Mémoire of the Holocaust Years

The thin rocky ridge was like the backbone of a great dead beast, splayed out with its trunk forming the bulging mountains and its limbs forming the foothills and its backbone forming the thin rocky ridge that she strode upon. Misha was young, but these months in the wilderness in Europe during World War II had made her strong. She hadn't always been strong. When the friendly pack of wolves had carried her away from Nazi occupied Warsaw, she had just been a scared little Jewish girl with no parents.

Now she stood boldly upon the top of this forested mountain with her friend, Silkentail, an experienced wolf ranger. She wore a light dress woven for her by the pack from natural fibers, and around her waist was strapped a survival knife that's blade was thin but nearly unbreakable, a testament to the skill of the wolven blacksmiths. 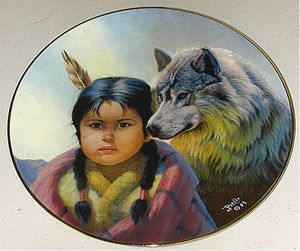 "Will these times of trouble ever be over?" whispered Misha, wistfully, into the still morning air.

"Someday, yes," rumbled Silkentail, "but this night must grow darker, and more night-like, before it stops being night. You were lucky to be found by the wolf army, but most are not so lucky. See, even now, down there."

Below them, in the valley, a group of Nazis marched in ominous lines. The rising sun turned them into silhouettes as black and empty as their souls. Behind the soldiers was a crowd of Jewish prisoners, bound in chains and dragged along the path against their free will. Misha could hear the children wailing softly to their mothers, and she felt her heart grow to become determined.

"We must help those who are still in the hands of the enemy," said Misha, her flaxen hair falling in great waves behind her.

Silkentail tilted his head up with his muscular neck, locking his wise brown eyes onto hers.

"I had hoped you would say that. Come, I must show you...a secret."

Chapter 2: The Lodge of the Elders

Silkentail led her through the wolf camp. Younglings sped around them in dizzy circles, nipping at each other playfully, while the adults sat together in worried groups, murmuring and swishing their tails back and forth nervously.

"These days are hard for all creatures of the Earth," said Silkentail. "But there is a reason to hope. Follow me. We have much to discuss."

They were approaching the Elder's Lodge, which was built into an enormous hollowed out tree and was protected by ancient wolfen magicks that kept it hidden from human eyes. She had to hold onto her wolf friend's tail and let him guide her through the door she could not see. Once inside, she felt wonder, as always, at the huge carved hall with statues of the wolf gods lining the way to the thrones of the elders. The gods were foreign to her, but comforting just the same: Tak'urn Woodsniffer. Lupius Longfur, the howler of the red sun. Feral'amun, brooding lord of the pack. If she wasn't a young Jewish war orphan, then perhaps she could have learned to worship these wise ones.

"This morning, our oracle had a vision," said Silkentail. "It is the contents of the vision that caused the elders to call for you."