Through The Science Hole With Morgan Freeman 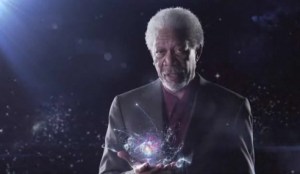 Through The Wormhole With Morgan Freeman recently began its second season on the Science Channel. Scientific programming is one of my secret vices and it's nearly impossible to dislike Morgan Freeman, so a "big question" series featuring tons of scientific all-stars seems like perfect fodder for a lazy Sunday afternoon. Or, in my case, a busy Friday or Saturday night.

Unfortunately, I get the feeling that Morgan Freeman's lack of formal scientific training comes through in his narration, bringing the overall credibility of the program down somewhat. You tell me if I'm being too harsh on the guy.

From the episode "Is There An Edge To The Universe?"

"The observable universe extends trillions of light years in every direction. There are more celestial bodies than we could possibly visit within a hundred thousand lifetimes. At some point, however, scientists believe there may be an edge to the universe, a point at which all that we know comes to an end. If such an edge exists, what lies beyond? Do you think there are other people out there, but much bigger? Do they want our gold? How long will it take to develop the man-vs-giant martial arts that will be necessary to protect ourselves?"

From the episode "The Riddle Of Black Holes"

"Black holes are formed when particularly heavy stars collapse in supernovas, creating regions from which nothing - not even light - can escape. One of science's biggest questions is what happens to the matter that enters a black hole. Nerds. There's no black hole on Earth so who the hell cares? Why think about anything that doesn't directly affect you the moment it's affecting you? Why spend money on the space program when there are problems on Earth? We should not do research on anything unless we know exactly what we're going to discover ahead of time."

From the episode "Is There Life After Death?"

"I heard this story about a guy that got buried because everyone thought he was dead, but then it turned out he got bit by some sort of rare lizard that makes people seem like they're dead. When he woke up he was in the coffin and after a while he died for real. The weird part? That lizard wasn't even the kind that made people seem like they were dead after all! Holy shit! If that's not enough of a confirmation for you, I don't know what is." 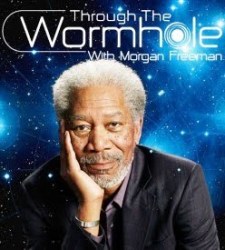 From the episode "Is Time Travel Possible?"

"What if it was possible to travel into the past? What would happen if you ran into your past self? Would the resulting paradox destroy reality as we know it or simply split your perceived reality into a new timeline? What if everything is a dream? What if everything outside your immediate senses doesn't actually exist? What if everyone else is just a creation of your mind? Why is my hand so heavy and large? When I hold it up in front of my face like this, why do I feel the urge to cry? What if, like, the entire universe was a molecule in another universe?"

From the episode "Dark Matter: Beyond The Darkness"

"In scientific terms, dark matter is the kryptonite of the real world. It doesn't hurt most people but if anything has like super strength or laser vision or can fly, dark matter will fuck it up good. Keep that stuff away from birds and the guy that played Cyclops in the X-Man movies."

From the episode "Are There More Than Three Dimensions?"

"There's a commercial that says there are something like thirty nine dimensions of compatability and that six out of ten relationships start online. If there are that many dimensions in online dating alone, imagine how many more dimensions are out there. Probably fifty, at least."

From the episode "Can We Live Forever?"

From the episode "Can We Travel Faster Than Light?"

"It's quite possible that we already travel faster than light. The problem is that the tools we use to measure speed use light, so if the object we are observing with that tool moves faster than light, the light being used by that tool cannot possibly measure the object's speed."

From the episode "Who Won Secret World War II?"