For years, religious scholars and philosophers have debated the existence of hell. Could there really be a place so treacherous and evil that even the treacherous Eval Kinneval would fear to tread? A place where death is your only escape, and "Glitter" your only entertainment. I am here to end this debate right now: There is a hell, and her name is Portugal. And it is much more horrible than you can ever imagine... 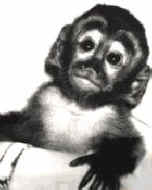 They're awful! Awful cute that is!

While it may look like an ordinary quiet European country, looks are often deceiving. Like that girl you see at the bar that you're interested in, but when you go up to her it's just a dude with long hair. And you tell yourself "No, I wasn't checking him out, I just went to the bar next to him for a drink...really." Really though, you're just kidding yourself: You were deceived, fooled by a web of lies and probably some secret "desires" you're hiding from the world. Portugal lures you in much the same way, without the homosexual overtones. Many people visit Portugal for the scenic vistas or the culture, but stay for the graves. Because they're DEAD. Not the graves, the tourists. And, I mean, they're not dead when they go to Portugal. They die there. It's not like they're some sightseeing vacation ghouls, back from the far beyond. But Portugal probably has those too, and the only sightseeing they want to do is seeing you. DEAD.

Portugal uses stealth to work its way into people's vacation plans. Most people haven't heard anything about it, and simply assume it's some beautiful land of mystery. "We're going to France, then Spain...and as long as we're there, I hear Portugal is nice!", one would usually say. But they heard wrong...DEAD wrong. There are many layers to the evil of this land. Think of it like a 7 layer cake, but replace the cake with evil, and 7 with "a lot". That leaves you with "A lot layer evil", which really doesn't make much sense, but it sounded like a good analogy in my head. Words are not my friend, but hopefully you're getting the point: Portugal is bad news.

The first thing you have to realize is that Portugal is run by an evil shadow government. I had another analogy ready, but it ended up being something like "Aftershock Dennis the Menace burns in Head", so to help explain things easier, I present this chart...

This may come as a shock, but the entire nation of Portugal is actually an ancient, Indian burial ground. "Now wait", I hear you say, "If I know my history (and everyone knows you do), I don't think Indians lived in Portugal. They lived in America." Well, that's true, you smarmy know-it-all ass hat bastard, but why would Indians have to live there to be buried, hmm? You see, countries like Spain, England, and Funland (The amusement park) had no place to put the stacks and stacks of Indian bodies they were accumulating as a part of their liberal "Rape and genocide" policy during colonization. So they paid Portugal $35.00 American to be a host for the hordes of bodies, thus turning the whole country into that evil house from that movie that I heard was good but never got around to seeing. The one with the poltergeist...what's it called again? Oh yeah, "Rocky 5."

Now, I know with the horrors I've shown you thus far, you already think Portugal is creepier then that guy with the lazy eye who you can't tell if he's talking to you or not. But it gets worse. Portugal's Ministry of Science, led by the mad and evil Dr. Bizzaro Dunderfuck, has created a race of half monkey, half...other monkey. This horrifying crossbreed, dubbed "Doctor D's hideously twisted horrifying...monkey", was originally supposed to be a stunningly demented monster that nature never intended. However, it turned out that the task of defeating Mother Nature and playing in God's domain was a lot harder than it sounded. Also, it turned out "Doctor D" wasn't in fact a doctor, but a rapper, much like my man Dre. He did however have a Ph.D. in rhymeology and wiggy wiggy werd, and could school you crackas freestyle - he's a hard up pipe-totin' gangsta. Anyway, with that withstanding, the Ministry of Science got really drunk one night and watched the monkeys "Do it" for 7 hours straight, and claimed their monkey babies were the horror beyond what we all know. Really it's just some normal rhesus monkeys that they let loose every summer. Um...of doom! 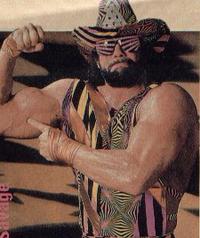 Yet another horrifying revelation is that this country is a hideout from many evil villains that I feared in childhood, such as...

Anything in the game "Ghosts and Goblins"

These creatures, all of which haunted my dreams as a child, actually do exist. And they all live in a bungalow together in downtown Portugal, just across the street from where the cast of "The Munsters" is buried.

We have to stop the evil, but what can you do to help? Absolutely nothing, you're a fucking pussy. The only warriors strong enough to possibly beat the evil that is Portugal are Simon Belmont and Jesus, and they're both just fictional characters. The only way to escape the evil is to not visit Portugal. Every person who goes there just feeds their unholy army of the dark, and unless you want your immortal soul taken forever, it's best to consider another travel destination to round out your European trek. Why not try Prague? It's a lovely nation, filled with stuff that's the opposite of hate and evil.

This article paid for by the Prague National Tourism Board.