Reading Time: Talking with a Panther 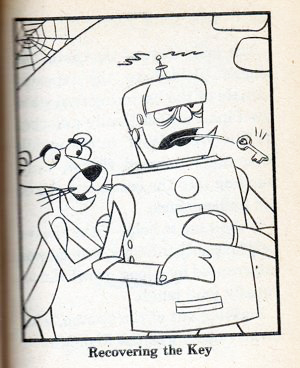 P: Once I was liberated, I began torturing the Butler by burping him like a child, forcing him to expel keys along with no small amount of bilious liquid. As an aside, he was a shoddy housekeeper. There were cobwebs everywhere. 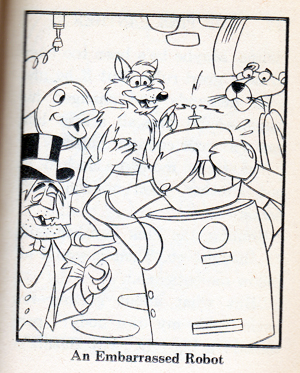 P: Everyone mocked the Robot's infantile regurgitations, which caused him great distress. I'm not sure why it was necessary to program a janitorial android with such emotions, but it certainly made tormenting him more rewarding. 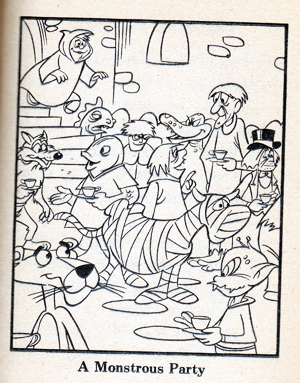 P: The robot fled in shame, and the residents of this village rejoiced, because they loved to wallow in their own filth and this fastidious automaton had been standing in the way of their happiness. "Rust in pieces," said one of the scoundrels, displaying a wonderful sense of comic taking as he watched the robot suicidally slink into a lake.

Stevie: You are a bad kind of animal. You killed a robot, and you killed the elderly, and you killed the hungry plants by not giving them a part you don't need, like an eyelash or a finger or a spine. I hope you have not killed all who are left. I hope you have not killed Max. But if Max does not come soon, I will be the sad robot. I will find the water and I will breathe badly and I will make myself not-float and someone can say a funny death joke about Stevie and it will end.