Hello, employee #479825. Thank you for logging into the mandatory web-based “Security Standards and Practices” test for the 2006 business period. Failure to comply with this mandate will result in disciplinary action, in the form of a company nut sale. If you haven’t already completed the harassment awareness training, please do so ASAP, and then print the certificate of completion for your records. All records are to be shredded on the 24th, so please be sure to arrive promptly at midnight. That is a jeans day, so dress casual.

The Security Standards and Practices Review is a corporate DMT directive required by all CCOs and MREs. If you have any questions, please report to the MILFs at the employee training facility so they may scan your implanted barcode and perform a standard memory wipe of all counterproductive independent thoughts. Thank you for your non-optional submissive participation during this review process. 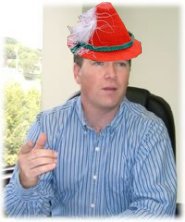 #1: Biff works in the accounting department. He needs to access a file on a shared drive, but he doesn’t have permission to view it. During this process he also develops a boner in his pants. What should Biff do?

The answer is B and D. IT support is the direct point of contact for all issues regarding computer access and mystery boners. 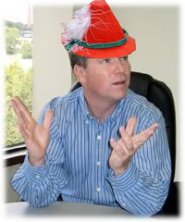 #2: Biff’s legs are slowly being devoured by red ants. At first he tried to ignore the problem, but after the pain worsened he opened a trouble ticket with the CHD (Corporate Help Desk). By the time Biff received a callback 2 weeks later, his lower torso was eaten away and he had missed all his scheduled client meetings, resulting in his termination. What did Biff do wrong?

A) Covered his legs in delicious peanut butter.
B) Opened a CHD without proper CMT notification.
C) Failed to brush the red ants off and walk to safety.
D) Kept a colony of red ants in his desk drawer and fed them human flesh over a period of several years.

The answer is B. Without proper CMT notification, the CHD will be without a reference code and this will fail to expedite the troubleshooting process. 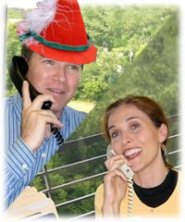 #3: Biff hears a rumor around the water cooler that the company is going to lay off most of the employees and sell the rest to a North Korean salt mine. He calls Lisa and tells her the rumor, along with a crude fart joke that was forwarded to him in his email that morning. What did Biff do wrong?

A) Spread an unfounded rumor about the company.
B) Drank all the water in the water cooler, causing his brain to swell to dangerous levels.
C) Badmouthed our new Communist overlords.
D) Used work email for jokes and riddles.

The answer is D. Any non-work related email should not be viewed or sent. Biff should know better. Fart jokes and comedy websites will not be tolerated, and any person caught viewing this information will get a frowny face sticker on their employee review. 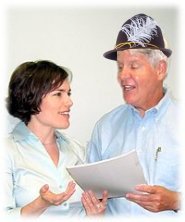 #4: Debbie notices some strange activity on one of the servers. She goes to her manager, Fishbert, who tells Debbie that her hormones are probably acting up and the blinking lights on the server are just a symptom of her PMS-ravaged brain. Debbie goes around Fishbert, directly to CMT, and reports the problem. Did Debbie do the right thing?

A) No, Debbie should never go around her manager's decision, even if it is Fishbert, who thinks his dog is sending him telepathic thoughts to go to the pet store for treats.
B) Yes, security is the most important thing, not chain of command. Debbie could've stopped a major attack.
C) No, Fishbert was right. Women are unreliable at the workplace because of their random dementia and emotional problems.

The answer is C. 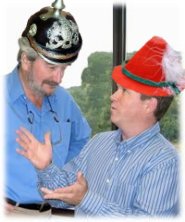 #5 Pappy works on the shipping dock and finds Biff's access badge in a crate of hamburger buns. He uses Biff's badge to enter various manager's offices and take catnaps on their desks. Then Pappy tries to sell the badge back to Biff for one million spacebucks. What did Pappy do that violated SOB standards?

A) Failed to turn Biff's badge in to the security desk.
B) Lamented about his nude Greek wrestling days.
C) Jumped into a time portal from the 1800s gold rush to the 21st century in order to escape Jean-Claude Van Damme, Time Cop, and then mistakenly thought it was the year 2400 and that the currency was called "spacebucks".
D) All of the above.

The answer is D. Pappy clearly violated company policy, and as such would face a "time out" in the corporate punishment sweat box, where the audio from all accounting and legal department conference calls would be piped in. Biff would join him for losing his badge. In time, they will either become fast friends or devour each other. This is what we call capitalism. 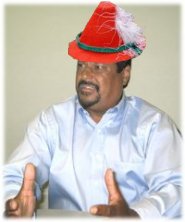 #6 Jupiter receives an email from the IT security department stating that he has a virus on his computer and needs to download the latest virus scan software. Jupiter says "talk to the hand", ignoring the email and going about his work. Soon the virus spreads across the network, then America, and eventually causes the breakout of World War III. What could Jupiter have done differently?

A) Shout "I's seens me a ghosty!", and start tapdancing.
B) Take the email seriously and download the latest virus scan software.
C) Track down the Asian teenager who created the virus and beat him to death with his large, angry, black fists of fury.
D) B and C

The answer is D. Either one of these would have avoided the outbreak of a nuclear war that destroyed human civilization and covered the world in a thick radioactive haze. Answer A is just racist, and if you picked it you are now fired. (If you haven't already been incinerated or killed by radioactive mutants.) 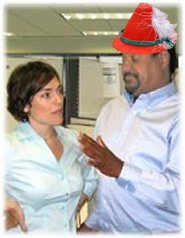 #7 Debbie approaches Jupiter in the hallway and asks to use his login and password so she can hack the mainframe. Jupiter says "talk to the hand", and reports Debbie to security. Did Jupiter act properly?

The answer is B. Debbie asked Jupiter a question in confidence (rule exception #1432). By reporting Debbie, he violated the confidence clause and is sent directly to jail. Debbie will pass go and collect $200. 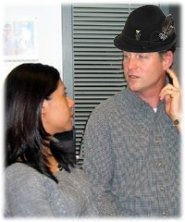 #8 Peter receives a tip that one of his workers, Tina, is smuggling pens home and selling them on the black market to terrorist organizations. He calls in CTU and they detain her for questioning. After getting nowhere in the interrogation, the special agents cut off her thumbs and toss her grandmother off a building. Soon she admits to stealing the pens and is given a one week suspension. Did Peter overstep his authority in this situation?

A) No. Peter acted like all managers should in similar situations.
B) Yes. Peter is a jerkface.
C) D and C
D) C and D

The answer is A. In the post 9/11 corporate business environment, you must take every threat seriously, whether it is a bomb threat or a stolen eraser. One day it may just be a few office supplies accidentally put into purses and briefcases, but the next thing you know there will be anarchy and Jihads breaking out in random cubicles. The safest thing is to not hire any foreigners; or, if you do, wiretap their phones. Terrorism is bad for sales. 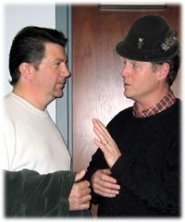 #9 Peter notices that Jake hasn't been wearing his hat to work. This is against company policy, and he confronts Jake about it in the hallway. Jakes admits that he doesn't care for wearing the hat, calling it "gay". Peter has no choice but to dock his pay and send him home to fetch his hat. Jake is pissed. Instead, he goes home to get his shotgun, returns to the office, and shoots Peter in the belly with a blast of buckshot. How could Peter have avoided this confrontation?

A) Get Fishbert to do it.
B) Do it through an email and then hide near the vending machines.
C) Don't confront Jake and let him work hatless.
D) Tell Jake he has cancer, and while he is distracted put a hat on his head.

The answer is A. Fishbert is the type of manager that can't be killed by normal means. Once a disgruntled employee chopped him in half with a katana, but he simply re-formed and turned the employee to stone with his eyes. He should be used for all disciplinary actions, as most employees fear him enough to obey. If Fishbert is on vacation, use option D. 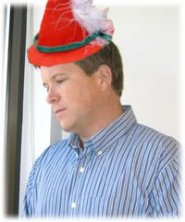 #10 Biff is lost. He failed to follow the security procedures outlined in the SSP (Security Standards Protocol) and he is facing an employee review or even deportation. While dolefully looking out the office window, Biff ponders his crimes. The faces of those he has wronged haunt his waking dreams. The screams still echo in his ears, the pathetic pleading for mercy. It burns when he urinates. Only now, in this late hour, does he realize the folly of his ways: the spiral of destruction that has led to this unescapable darkness. That lonely night with Pappy in the box. Their hushed whispers, their forbidden love. Biff was too far gone to go back to the way it used to be. He was dead inside.

What did Rod Carew do in 1972 that no AL player has ever done?

The answer is C. Rod Carew lined, chopped and bunted his way to 3,053 career hits. He used a variety of relaxed, crouched batting stances to hit over .300 in 15 consecutive seasons with the Twins and Angels, achieving a .328 lifetime average. He was honored as American League Rookie of the Year in 1967, won the league MVP 10 years later and was named to 18 straight All-Star teams. He remains a national hero in Panama.

Congratulations! If you answered 2 of the questions correctly, you have now completed the Security Standards and Practices Review. Please print up this certificate, and report to the nearest docking station for your complimentary life-sized security trophy. Please be still while this procedure takes place. It may hurt a little.

Thank you, and Happy Holidays from your friendly, loving, soul-consuming Corporation.