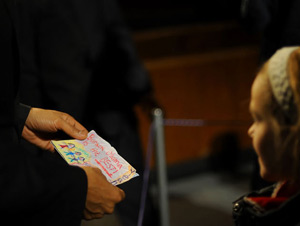 Little girls only write you notes because you're black, Obama.Ferraro's comment outraged Obama's surrogates, supporters, and 105% of all black people who viewed it as belittling Obama and assuming all of his success was due to his race, a "lucky" coincidence. It's not really all that upsetting when viewed objectively, not because it makes some sort of sense, but because it is so completely nonsensical it defies categorization. When you start by framing your argument around alternate reality scenarios where Barack Obama is a white woman you're not really on sound footing.

If Obama was a Martian, and it was 1955, the arrival of his space capsule in the Nevada desert would plunge the world into atomic war. And if he was a Venusian dinosaur rider with huge tits wearing a leopard skin bikini and roaming the sun-baked savannahs of a re-imagined Europa he would not be here, as a black man, running for President.

Obama called the statement ridiculous and many Obama supporters cried racism. Some dared to send Ferraro mean emails, which gravely upset her, as though strange digital aliens were reaching out from a computerized future to call her a dumb racist cunt. No worry, Ferraro put her easily-overturned applecart to good use, bringing up the emails and other really dumb things during her tour of every major media outlet willing to set aside time for a musty relic of the 1980s to spew bullshit into a body microphone. And spew she did.

"Any time anybody does anything that in any way pulls [the Obama campaign] down and says, 'Let's address reality and the problems we're facing in this world,' you're accused of being racist, so you have to shut up. Racism works in two different directions. I really think they're attacking me because I'm white. How's that?"

According to Ferraro the "reality and the problems we're facing in this world" revolve around Obama not being a white woman. Remarkably, Ferraro's chemo-addled brain managed to turn her own comments around into Obama trying to tar people as racists, despite the fact that neither Obama nor anyone on his campaign called her a racist. Adding to the imbroglio, some clever Internet gumshoe with a LexisNexis account turned up a quote from Ferraro in 1988 in which she belittled then-rival candidate Jesse Jackson in almost the exact way she had attacked Barack Obama.

"If Jesse Jackson were not black, he wouldn't be in the race." 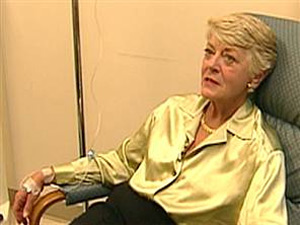 Cancer, why have you failed us! Oh, I'm sorry, I suppose I should have put that in an email.The Clinton campaign, loathe to apologize, denied Ferraro was employed by the campaign (she technically was not) and shrugged its collective shoulders. It is this latter aspect that has tangled Clinton up in the Ferraro mess. To many analysts Clinton's limp-wristed rejection of Ferraro and her inability to muzzle the former VP candidate indicates Clinton was glad to have Ferraro out there every morning talking to Steve Doocy or Diane Sawyer about the cosmic injustice of Obama's pigment and genitalia.

When Mark Penn finished his micro-polling, and discovered that most people viewed Ferraro as a senile idiot talking like a relic of segregation, Clinton finally distanced herself and forced Ferraro to resign. Ferraro couldn't even manage to do this with any class, instead threatening to continue her crusade and taking the opportunity to once again lash out the Obama campaign.

"I am stepping down from your finance committee so I can speak for myself and you can continue to speak for yourself about what is at stake in this campaign. The Obama campaign is attacking me to hurt you. I won't let that happen."

Whether it was a ploy by the Clinton campaign will never be clear, but we can all thank Geraldine Ferraro for bringing us the low point, so far, of the Democratic presidential primary. With weeks to go between now and the next primary in Pennsylvania, and Ferraro sending ominous signals about continuing to "speak out" in the media, the contest may yet sink to greater depths.