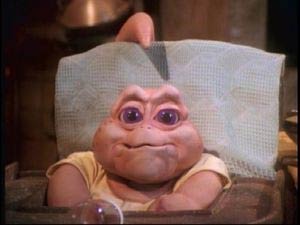 Today's Internet user.Since the invention of fiction some time ago by our ancient grandpas, people have longed to escape into its wondrous imaginary worlds. Unfortunately, getting there is not always a smooth ride. For as some prepare to board the rockets bond for these imaginary worlds, pesky ne'er-do-wells stand outside callously spilling juicy details of what's to come. The joyful travelers are then robbed of the majesty of mystery and intrigue, and forced to endure arduous journeys punctuated with monotony and routine. The loathsome ne'er-do-wells then laugh, having ruined a stranger's day and robbed them of much magic. The whole sordid process then gets reduced to a complicated forced metaphor about spaceships, planets, and scoundrels that makes very little sense.

Spoilers have become landmines for many navigating the surface for the Internet. For most people it is no big deal, as its only fiction. But for a growing number of modern day babies it is an emotional blow more devastating than any relationship breakup will ever be. For example, spoilers for the Transformers movie got posted on the Something Awful Forums, and a good number of supposed grownups began crying because they found out a certain robot car dies. Let me reiterate that: Adult men got angry and mad because elements of a children's movie about robot cars were spoiled for them.

Spoiling movies, books, and shows for other people is of course lame. I admit that I've done it myself a couple times, and that I've certainly found the reactions funny on a few occasions. In general I don't make a practice of spoiling things for others, because let's face it, it's pretty juvenile and stupid. I don't care if things are spoiled for me, because I'm interested in seeing how something is done rather than being blindfolded until the end. That's not to say that I need spoilers, just that I don't make a big deal about them. It's not worth getting upset about.

I would certainly say that people who go out of their way to repeatedly spoil things are jerks. I would also say, however, that a lot of people are turning into fussy babies over the subject. There seems to be a new breed of "straight edge" anti-spoiler types who will whine to no end if something, anything, is spoiled for them. If they happen to catch two frames from a 20 second promo for the next episode of whatever hip show is on these days, Battlecar Celica or whatever, they will turn into huge cry babies and post on the Internet about how the episode has been ruined. They want to live in hermetically sealed mind vaults, free from even the slightest intrusion of outside information.

I suppose this all has to do with the growing need for escapism. While most of us are content with simply building wall upon wall of elaborate lies to escape from the increasingly scary reality, others need television shows and Harry Potter books. To them I say: My self-delusion can beat up your wizard stories.

Now the anti-spoiler types, in their growing desire to be protected and coddled from tomorrow's news, are becoming whinier than the few fat jerks running around telling you what happens next in the inspiring Harry Potter series of books for children. I suppose the tide will break soon, and they will be replaced with annoying anti-anti-spoiler people like me, and we will in turn be boiled to oblivion in the fiery atmosphere of the Internet.

With that said, please allow me to spoil the final episodes of some popular television shows that you may or may not have seen already. Sorry!