Regarding the Unspeakable Evil of Mr. Stormbeard

These horrific supernatural events have been the source of much stress for my family. Bruno, our beloved yellow lab, has developed a number of health problems. As you know from a previous letter, Bruno's older brother Benedict was killed by Mr. Stormbeard's yard -- a tragedy poor Bruno never recovered from. This latest development has left him constantly scratching and gnawing at his rump from stress. Worse, I have been unable to go to the vet and pick up the appropriate ointments. 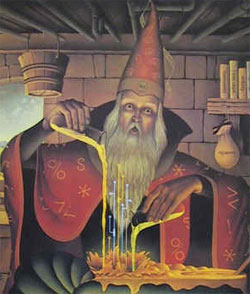 Mr. Thecodont, as he appeared in better days.For some time my wife was regularly threatening to divorce me if we did not move, although she has calmed down as of late due to the fact we are trapped inside a deadly crystal and Mr. Thecodont needs constant medical attention. Speaking of which, I must also let you know that Mr. Thecodont has been staying with us for the past several weeks. I know that technically qualifies him as a resident and puts us in violation of the neighborhood charter, but I assure you this situation is not by choice. Mr. Thecodont is gravely ill and routinely drifts in and out of consciousness. I hate to ask for leniency, but I believe you can appreciate the extraordinary circumstances here.

I suppose it seems moot to complain about the condition of Mr. Stormbeard's yard at a time like this, but the situation next door has not improved one bit. Mr. Stormbeard and his son are content to leave their yard looking like a wild jungle of supernatural flora and fauna. Worse, he has somehow seized the opportunity to begin erecting a towering obelisk in his front yard. It's like the man is willfully going out of his way to defy the neighborhood beauty code. 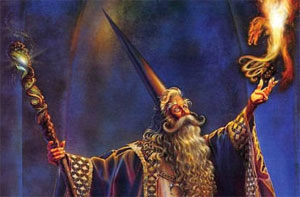 I asked him what on earth he was doing, and he said the obelisk was a conduit to the outside world so that he could connect to the Internet. I asked him if he could at least move it to his backyard where it would be less conspicuous, but he just laughed at me as if I was an idiot. I've had to live without Internet this whole time, and I'm not about to compromise the integrity of the entire neighborhood just so I check my auctions on eBay.

And good grief, did I mention that he's allowed bees to build a nest in his shed? I only noticed because his shed is adjacent to mine on the other side of the thin fence separating order from chaos. I was rooting around trying to find some supplies when I was stung by a bee. When I looked around, I heard some buzzing coming from his shed. The man's yard is a magnet for pests.

As if we didn't have enough problems, Scott Stormbeard has been parking his Honda Civic on the curb. I don't recall reading any exceptions to the curbside parking ban in the neighborhood. It's bad enough we're trapped in a crystal, but with messy lawns and squatters I'm concerned nobody of good standing will want, let alone be able to, move in. Shady Vale is really headed for the dumps, and it's all Mr. Stormbeard's fault. If he could just keep his yard in order, this situation would improve dramatically.

In light of these recent developments, I am considering desperate action. Since it is clear Mr. Stormbeard has made no attempt to learn the rules and guidelines of this once-great community, I am going to risk life and limb journeying through his yard to nail a copy of the neighborhood charter to his front door. I pray you will forgive this act of vandalism, but know that it is my last resort.

To the members of the Shady Vale Neighborhood Association, dead or alive, know that I was a good resident. If there is anything you can do to help with this situation, I beg of you to act now before the dream of Shady Vale is forever squelched by the evil contained within this crystal.

May God be with the Shady Vale neighborhood and my family.