Signs of Our Times

Friday, Aug 19, 2005 by Josh "Livestock" Boruff (@Livestock)
Thanks in part to a lot of stupidity our modern world is inundated with signage. Without road signs we would all smash into one another and then claim it was an accident, we would cut in front of lines without knowing where the queue starts, and we would most certainly be incapable of opening most doors. But what would happen if for no reason in particular signs reflected our pop culture instead of telling us what to do? I don't know why anyone would ask that, but for some reason the Something Awful Forum Goons set out to find out. They butchered a whole bunch of different types of signage with pop culture references, and the results are featured somewhere below this very sentence!

Flobbster got us started by looking at signs and saying, "hey, wouldn't that be something if that sign said something else?" 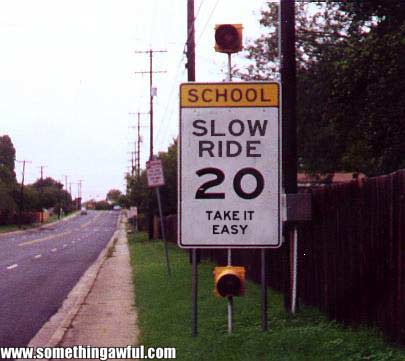 Sporko666 is more ripped than a headline! 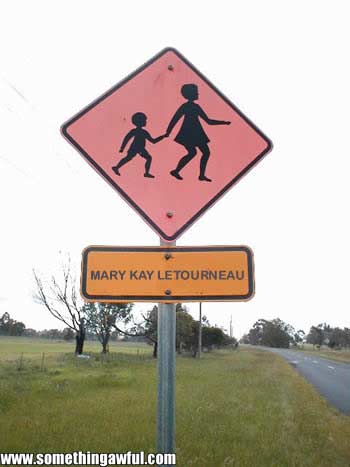 A southern dandy named don made this image, then turned into a bat and flew away. 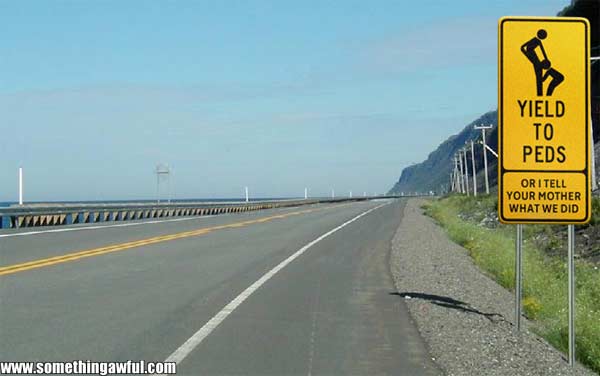 FlightyMcWenis is a human wrecking ball, destroying everyone in his path. 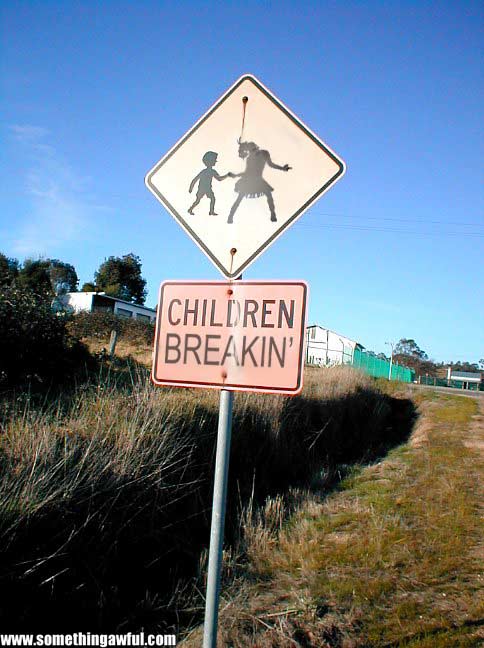 This piece is an example of Ravager's blue phase.