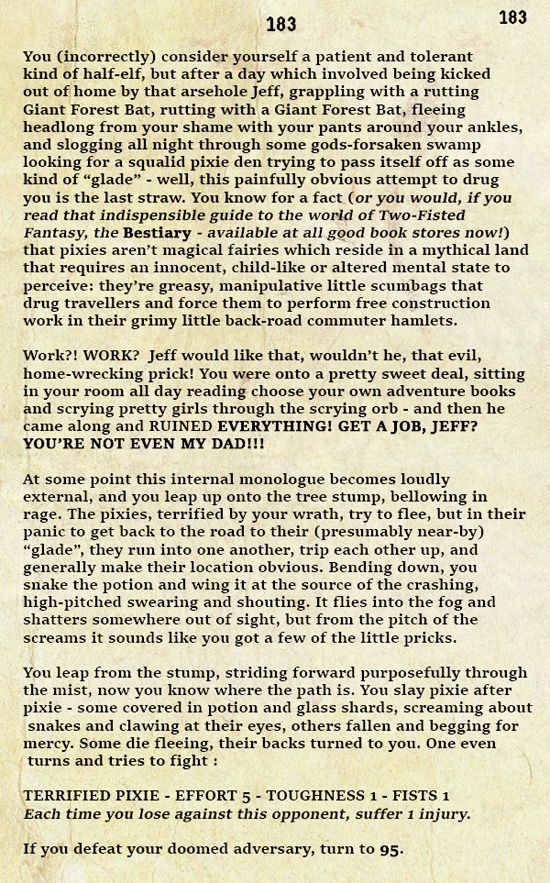 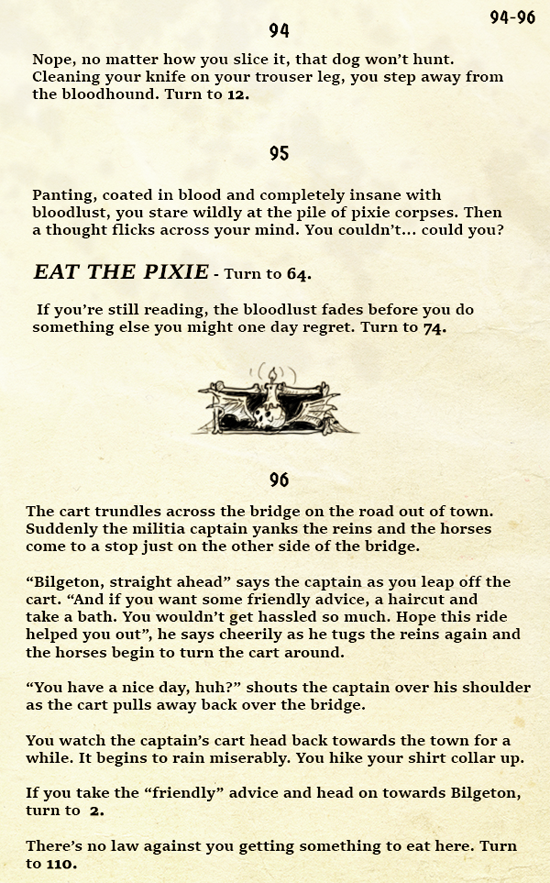 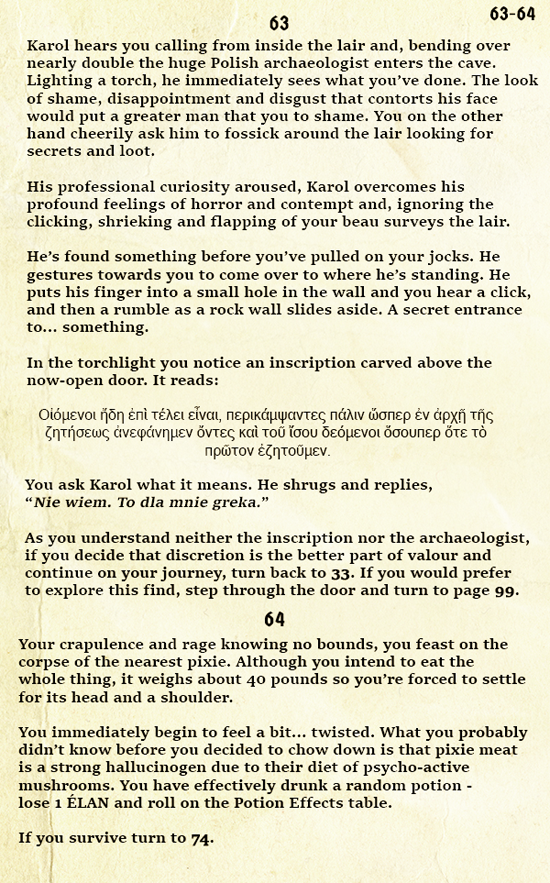 We lose 1 Elan until we sober up and it's time to roll for potion effects. Rolling 2D6 on the potion table, I get: 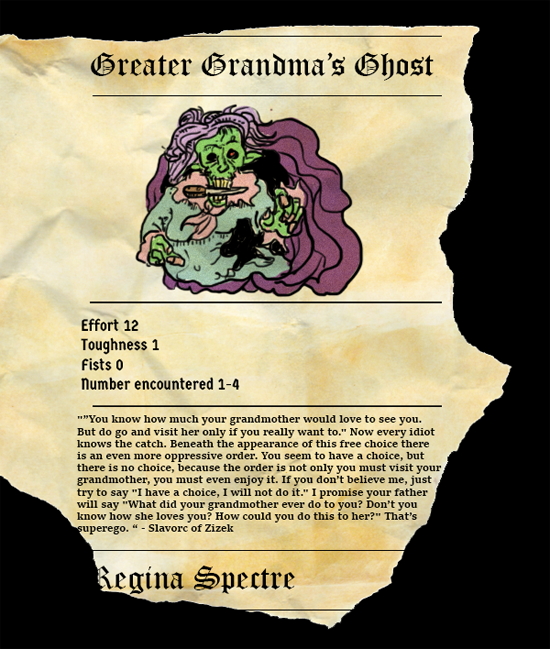 Grandma's bad news, she's Effort 12 and we're down a point of Elan. We can still swing it using the maximum effort of 7... and I did it, taking three rounds and costing 24 Effort after the shield is taken into consideration. We're down to 53 Effort.

Having survived that bad trip we move on to our next decision: 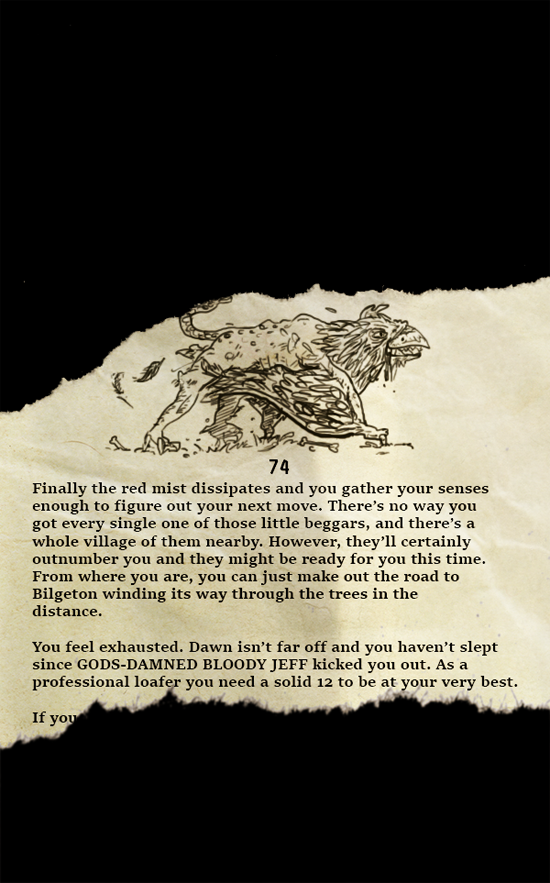 Build a decoy of yourself and have it "sleep" somewhere obvious while you snooze safely in a nearby hiding place.

Before sleeping make sure to position the corpses to make it look like the pixies committed a murder-canibalism-suicide-pact type scenario which, as anyone who is anyone obviously already knows, pixies are well known for doing quite often.

Grind them up and bottle them into potions so you can sell them in town.

make lines out of one ground pixie and snort it

Skin them and make a blanket out of their hides. Pixie leather is known for its magical properties. 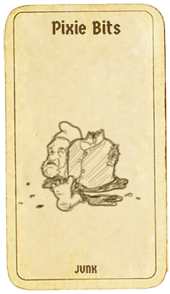 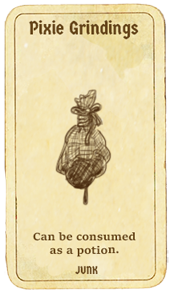 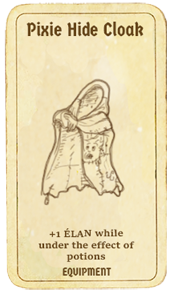 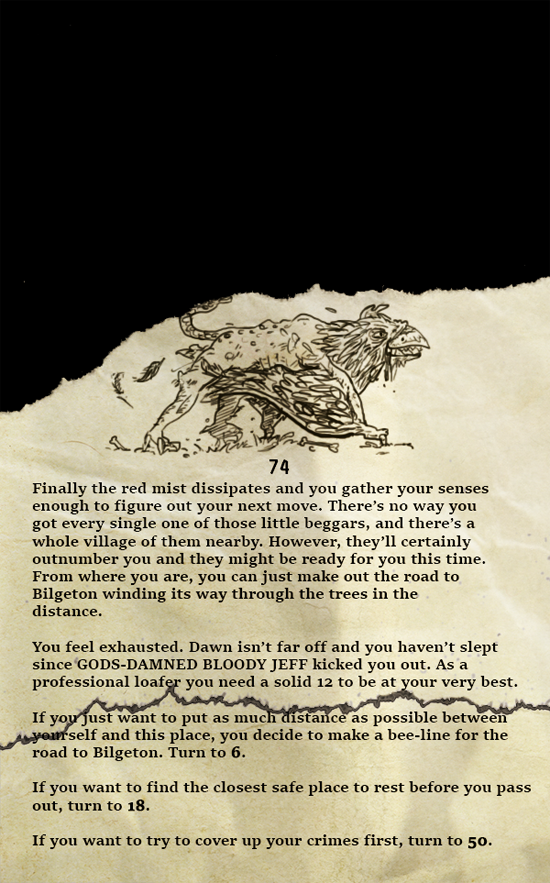 We chose to mess around with the corpses, get some looting in, and take a nap. So, page 50:

Why, yes, we are tripping balls, thank you for asking. Seeing how the solution to covering up our murder spree is pretty straightforward, I can't see how... 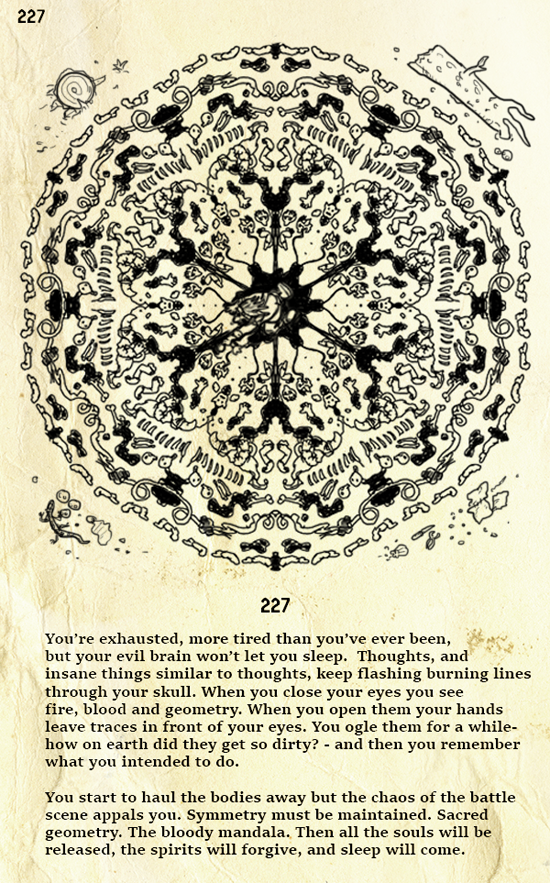