Fixed up that last page: 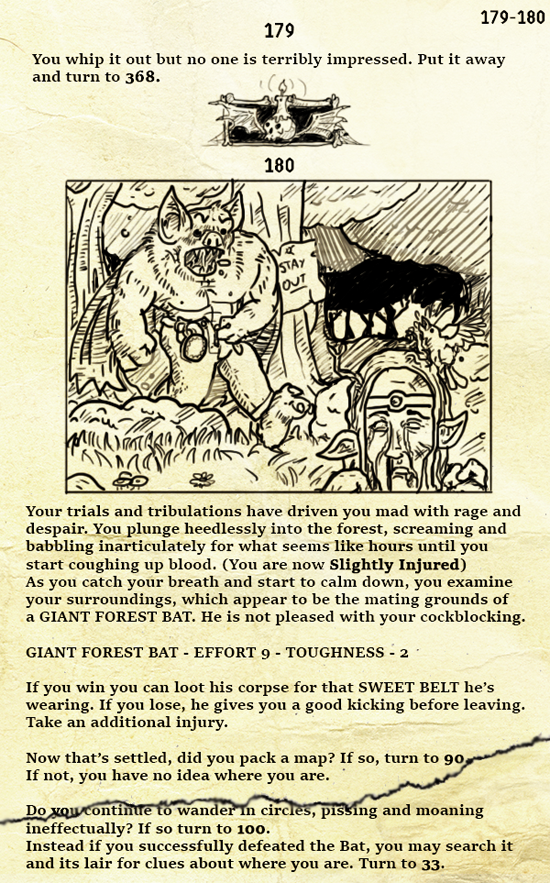 Some people wanted to get Karol to help out in the fight so I used his ability to see what happens. Turning to 210: 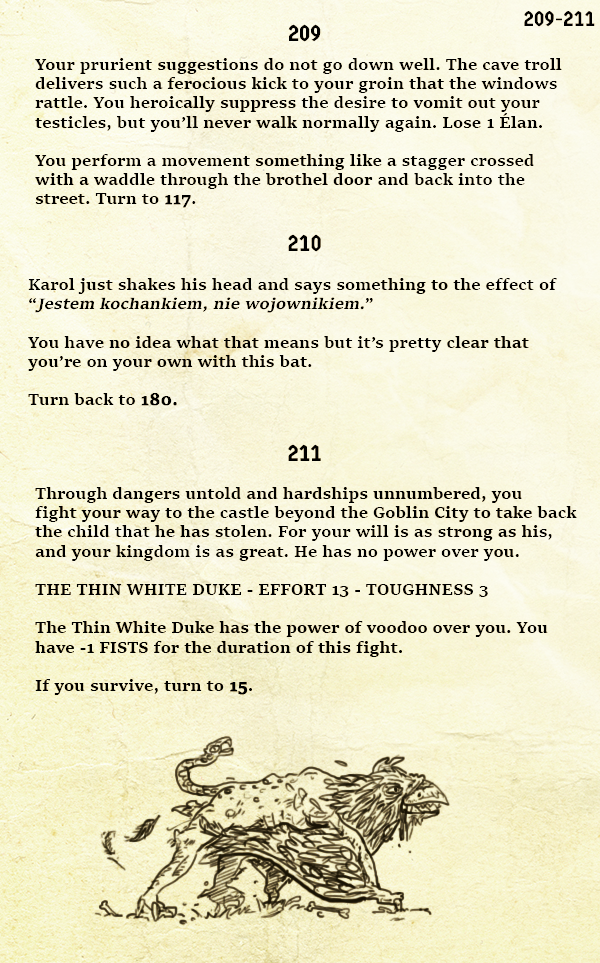 Nothing useful. We have to fight this thing on our own. We lost a total of 12 Effort doing that - even winning a battle can be bad news, which is why sometimes it's best to throw them if you have the option.

The thread seems to be generally in favour of taking their frustrations out on the Bat and maybe shaking him down for info, so let's do that. Turn to 33: 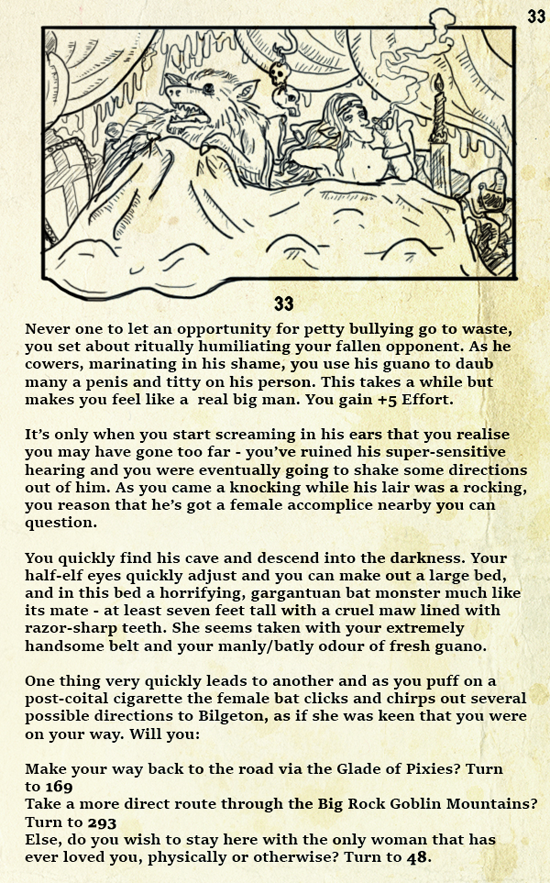 Update: We're going for the Pixies. Personally I think you made a mistake, the goblins are a bunch of cool, chilled out bros whereas pixies...well, fuck pixies. 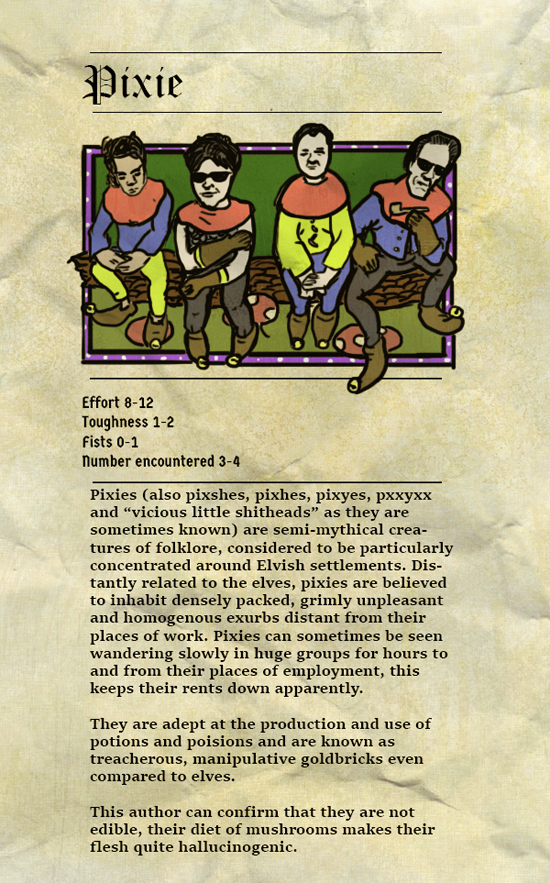 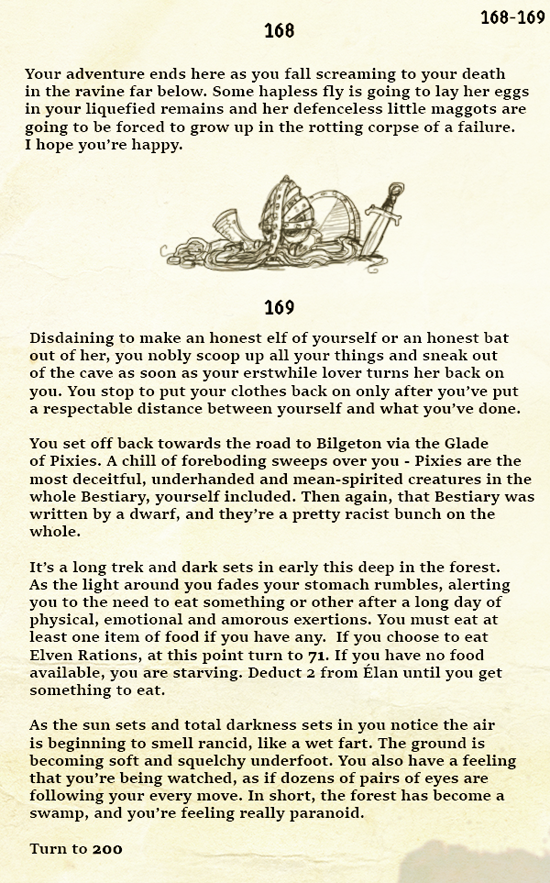 Putting the food question to one side for a sec, on to 200: 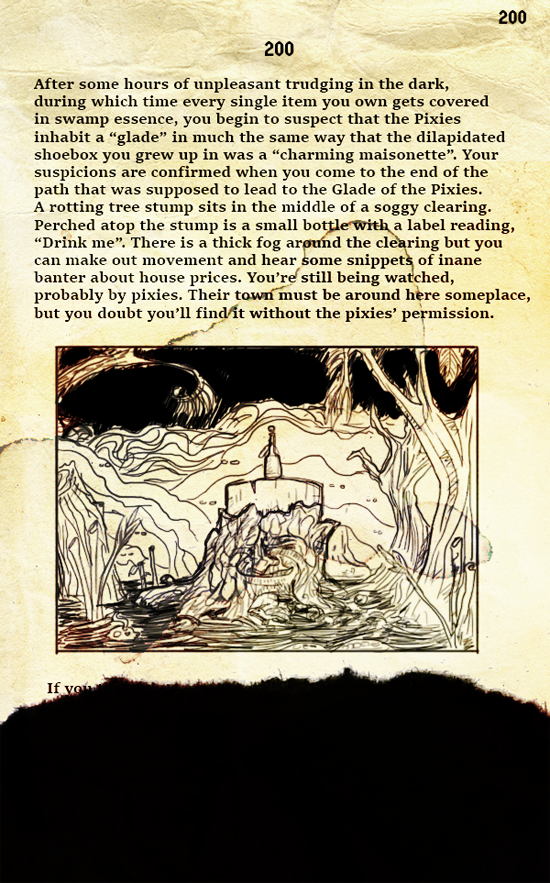 Burg out, get our drink on and wear that shield like a turtle shell because our noodly arms can't heft that bullshit

Stand on the shield like a surfboard and scoot around the swamp.

Eat the rations, start sobbing and asking the pixies to let you in. If you don't hear from then in 30 minutes start threatening to just burn the whole forest down.

Eat the rations, start sobbing and threaten suicide if the pixies don't let you in. Really slather on the guilt.

eat the rations not the burger, and only pretend to drink the potion while moaning loudly about how delicious it is

Well I got a straight answer on food (we're burgin'), and the shield (the game doesn't distinguish between you wearing the shield on your arm, back or ass, if it's not in an unruly heap with the rest of your garbage it's equipped.)

Potions in this game are unpredictable and fun. Even potions in written encounters can give you brain damage or a wicked case of gas: 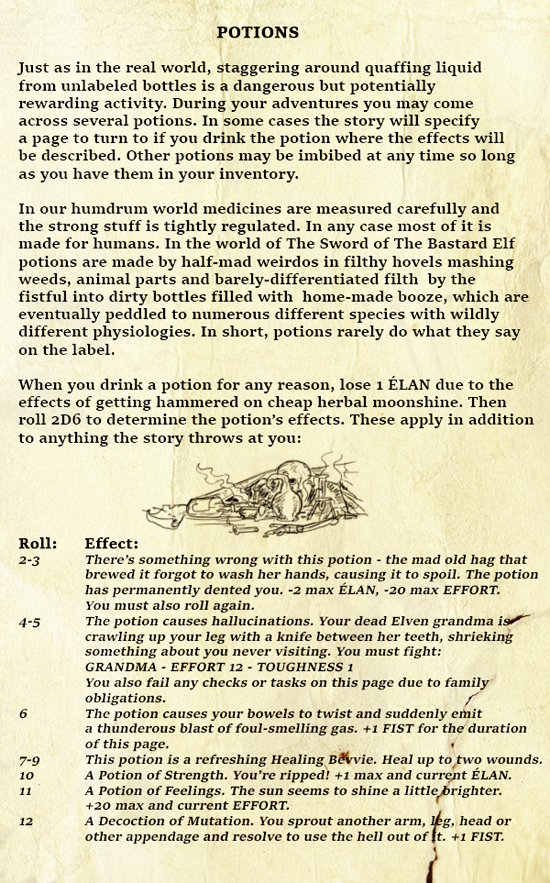 I counted two pansies begging the pixies for admission, three tough guys who want to smash their way in, three people who want to drink the potion, one person who wants to not drink the potion but pretend they did, one person who wants to go back the way we came and try our luck with the goblins and four people who want to pocket the potion no matter what. It's too close to call. Fortunately I've found the bottom of p. 200, so you can just select from the options on the page: 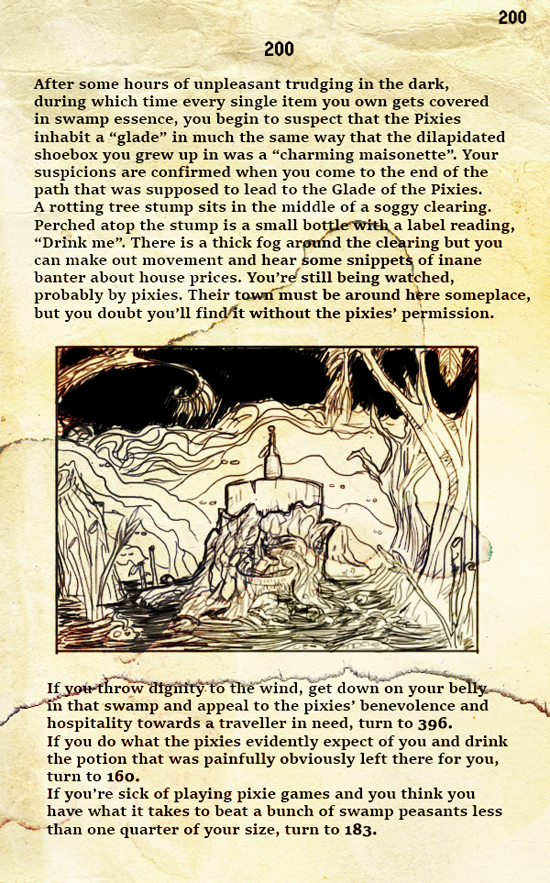 DRINK IT YOU DANDY ELF!

I counted 10 for attacking (including eating and enslaving as attacking, because those are pretty aggressive moves), 9 for drinking the suspicious potion off that weird tree trunk, and 1 for begging for mercy. Attacking it is... 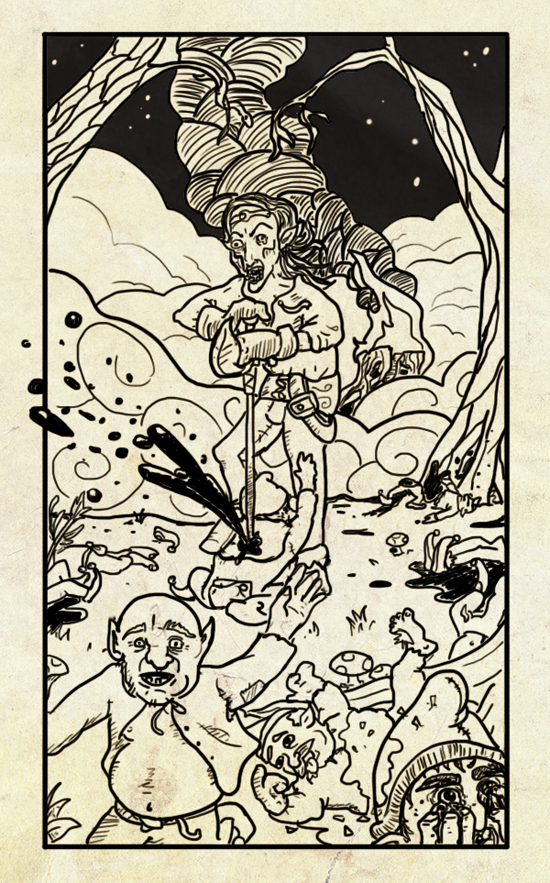