I'm not sure where this vicious rumor originated, but word on the internet is that from time to time Something Awful likes to take stupid and horrible topics and... and... try to turn them into something entertaining through the use of humor. Sorry, I could barely complete that sentence with so much bile rising in my throat. The concept is too upsetting to stomach.

For the record, those rumors are simply not true. If our website did anything as deplorable as that we would have been shut down long ago. That shit sounds illegal.

In the interest of unsmirching our besmirched image, Video Game Article will spotlight some of the worst games of all time over the next few weeks and compliment them, going so far as to make a case for each to be considered the greatest game ever made. When we're done defending these festering atrocities, no one will be able to mistake us for a negative website again. 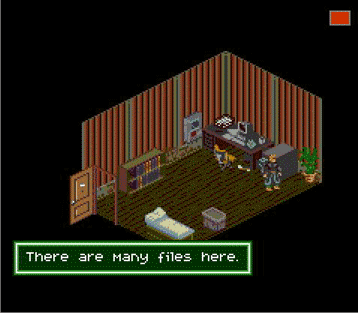 Disney's Meet The Robinsons
I would have reviewed this for the PS3, but apparently a bland movie-cash-in is far too complicated for that system and is more suited to the Xbox 360, Wii, PC, Gamecube, PS2, DS, and GBA platforms. 5/10

Luxor 2
Because we all remember the original Luxor, and look back on it so fondly. 2/10

Dawnspire: Prelude
Welcome to Guild Wars with worse graphics, no story mode, one multiplayer match type, and no other players (which could be considered a good thing, but in this case it's not). 5/10

Etrom: The Astral Essence
It's a shame this game wasn't hyped more, as it would have been hilarious to see the typical gang of ass-kissing preview writers stretch to find something remotely positive to spin. 1/10

Great Invasions
Remember how great it was when the Vandals invaded Carthage and no one had any idea what they were doing and absolutely every document was riddled with misspellings? 4/10

Making History: The Calm And The Storm
If strategy games like this are the PC's strong suit, maybe it's time to jump ship for the N-Gage. 6/10

Baseball Mogul 2008
A perfect way to keep the fantasy baseball degenerates in your life busy while simultaneously fulfilling your yearly quota of actually seeing the word "mogul" used in everyday life. 7/10

Brave: The Search For Spirit Dancer
The search for a game that's so generic it's actually sort of offensive is finally over. 6/10

Made Man
Several years after game publisher Acclaim went under, this putrid fart bubble meandered to the surface to remind us why things didn't work out so well. 2/10

Cake Mania
Essentially a ripoff of Tapper for the DS, which is fitting since all you do is tap the screen like an idiot until you finally decide to get drunk in the hopes of forgetting you actually paid for this game. 2/10

Final Fantasy Fables: Chocobo Tales
A great game that brings out the kid in you, especially when you throw a fit when faced with the annoying Puzzled Little Piggies minigame. 8/10

Mind Quiz: Your Brain Coach
The most original brain-training quiz game for the DS that determines the age of your brain since Brain Age. 3/10