Well, American Idol is back in full swing and it's just as pointless as ever. Back in the day you actually had to have some talent to compete in the music industry. Today it has been reduced to a glorified talent show. Playing in a band is the goddamn easiest thing for morons to do. You ever have those talent shows in high school? 100 percent of the acts were shitty bands. No one did anything else. Participating in American Idol is kind of like competing to be first of the worst.

Oh God someone made fun of my favorite show!!!

Clay Aiken looks like the kind of guy we gang raped in high school. Who knew that one of them would go on to win a talent show?

Is she fat? 100 bucks says she's fat. I am predicting that she is very heavy.

I got robbed the most because some motherfucker stole my stereo out of my car. Goddamnitt.

Maybe that's because you are?

The decline of America starts with this automobile. 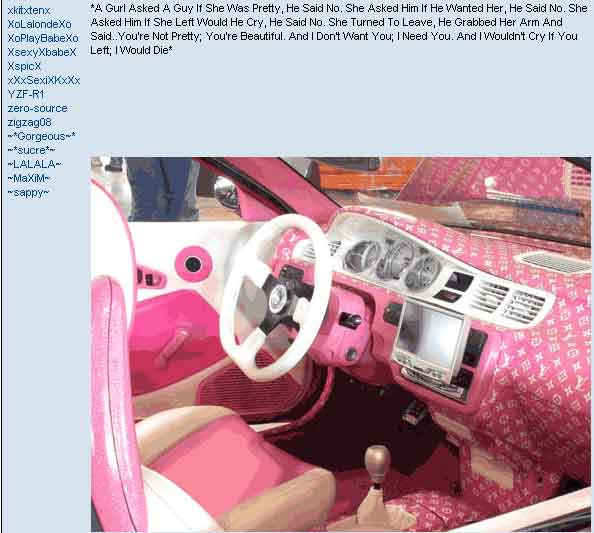 Cheerios? I don't know. Go away you smelly cunt. 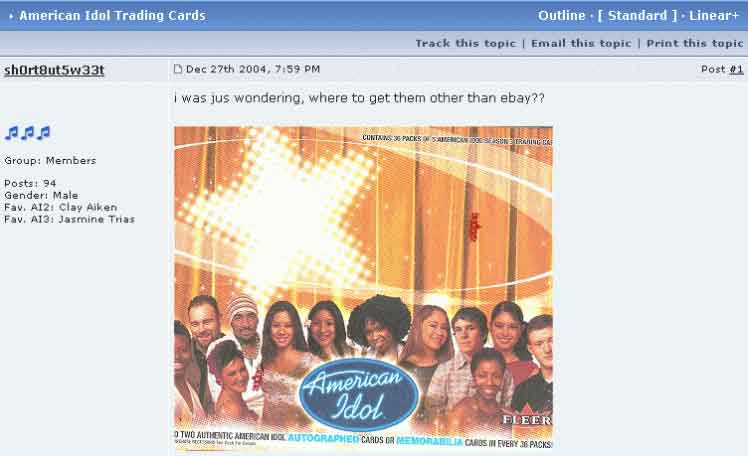