This is getting pretty hot.

Goddamnitt. Now you've gone and done it. I hope you're happy now, "chewys_babe_4eva".

A lot of doctors prematurely diagnose pregnancy and then four days later, BAM, an alien pops out of your stomach.

We were talking about the weather and then, BOOM, we were fucking.

Only if the balls touch.

It looks like a pear with finger nails growing out of it's head. 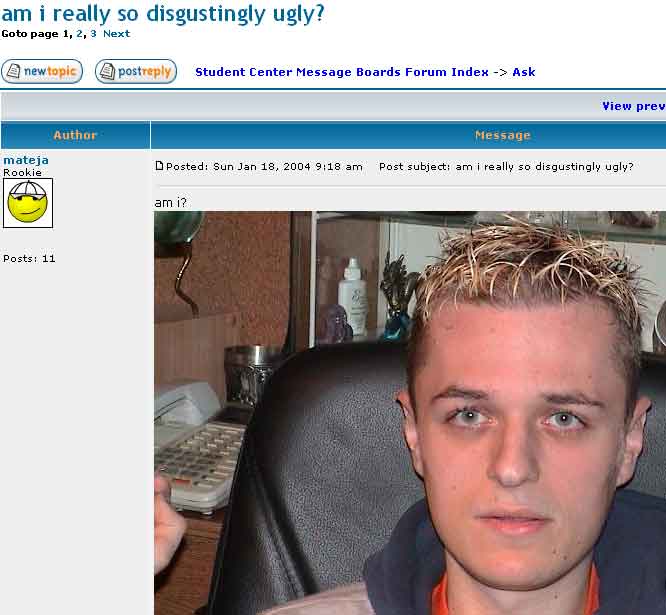