Wednesday, Feb 12, 2003 by Rich "Lowtax" Kyanka (@TwitterHasBannedAllMyAccountsEver)
Know of an awful site? Send it to us and become a hero!

FREE MARINA: A Project Freedom Campaign, submitted by Me. To continue with the theme of "mind control conspiracy nutjob week" here on Something Awful, today we present you with a website dedicated to freeing a person named "Marina Findlay," who is apparently being held hostage by "the Intelligence Services via the use of Neuro-Electromagnetic/Frequency Weapons." You can be confident that no matter how bad or depressing your life gets, you will never be as bad off as Marina Findlay. Marina used to campaign for the environment until the Secret Service and MI5 decided to begin a rigorous torture campaign against her. This webpage explains the many "technological and psychic" attacks Marina has been under since she stopped taking her anti-wacky pills. She claims somebody from MI5 was specifically assigned to "shut me up about Windsor Castle," which makes sense because who the hell gives a fuck about Windsor Castle? Better yet, who the hell can even locate Windsor Castle? I think it's in Canada somewhere. Marina also covers such important topics as psychically-forced sex, MI5's concern with druids, and the British government's attempt to keep people from "appreciating art or music." Man, and I thought the US government was bad! 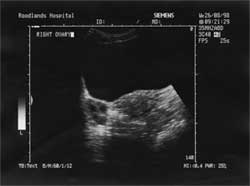 Next, they decided to take me out once and for all. I was already quite frazzled and tired from their ridiculous, unending attacks and persecution. I was sitting in my living room when electricity started to enter my body at four points - over my ovaries and into my temples. This was a carrier frequency over which they directed a damaging form of radiation very like or definitely microwaves. They were targeting my front brain and my ovaries. Those internal organs started heating up and hurting. I was being cooked, sterilised and administered a very large dose of something similar to electro-convulsive therapy. In vain I tried to get out of range and drove 10 miles to a friend’s house. Distance seemed to make no difference, so I had to minimise injury by attaching my head and back to a radiator that attracted and drew the radiation from my body. During this assault they said to me, "We don’t like druids and we don’t want any more." They increased their own enjoyment of this sadism by tarting it up as a Satanic ritual. (The Secret Services are deeply Masonic.) Grievous Bodily Harm doesn’t count if there’s no broken skin. Very luckily for me the ECT backfired. Being a medium, (because of my astrology) I am a member of the minority of the population who respond unusually to ECT. For us it serves to speed up rather than slow down the thought processes. However, and I have evidence in the form of ultrasound photographs to back this up, they succeeded in sterilising me. The Secret Services have made me barren. Three conspirators to this attack are Kenny Curran- a child molester and murderer (based at WhiTtinghame, East Lothian), Marcus Findlay (based at Little Spott, East Lothian) and Stephen Johnston (based at 26 Hillside Street, Edinburgh). 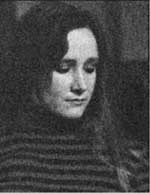 Techniques used to prevent a Witch from evolving.

1. Traumatisation. You will be identified at an early age due to your strength of character, individuality, confidence, imagination, preferred literature, psychic experiences, inner knowing, astral travelling, having a love for Nature, innocence and beauty. If possible, you will be child-molested.

2. Exclusion from the secret state. Coercion into drug consumption, smear campaigns, provocation into rebellious acts, and guilt by association with subversive individuals.

3. The blocking of your calling. a) They get you pregnant so you are too busy to evolve. b) They get you into a dead end job and force you to stay there. They take away your ambitions and undermine your confidence in being able to make anything of yourself. c) Sexualisation, to drain your spiritual energy. d) Getting you in debt to restrict your life.

Shit, that's some deadly stuff right there, I'll tell you what. I must admit that I wasn't really worried about the government whole mind control conspiracy thing until I started reading about how Britain didn't want me to become a better druid, at which point it suddenly struck me - these guys are bad news! Thank God for Marina Findlay's detailed, and I do mean detailed, essay which spans 900 pages and takes up 68% of the entire Internet.

PS: Marina has written a book you can download in pdf format. I'm not exactly sure why anybody would want to do such a thing, but then again I'm probably biased because I'm under the influence of government mind control rays.