A lot has changed since July 15th of this year. For example, we now know that the global economy is on an unpreventable downturn and it's just a matter of time before civilization as a whole crumbles in a horrible mess of broken dreams. Also Hulk Hogan got divorced. That's why I thought it would be interesting to revisit an old subject matter for the Goldmine in this brave new world. Earlier this year, some of our forum goons got together to show off a bunch of frightening sock puppets they had made. Since that time, a few others have been inspired to create creatures of their own from knitted footwear. Let's take a look at a new batch of the scariest things ever to come from your feet, which aren't fungal infections.

Plethora was one of the original gangstas who devised some sock monsters in the previous instalment. Here's a bunch of new creations from the same sock artist, starting with this weird rat creature with hands. 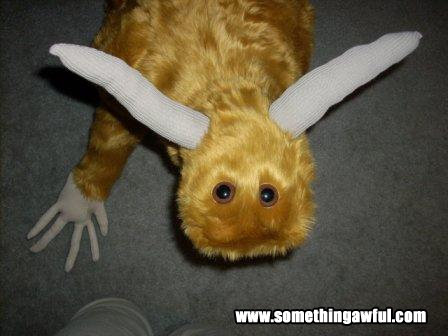 Next up is this metrosexual Stegosaurus. 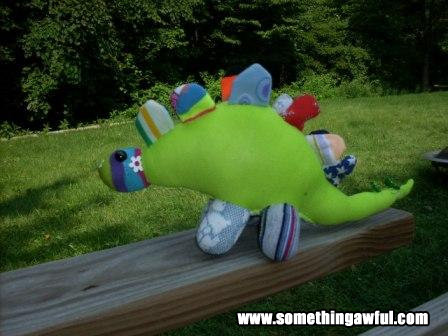 Even the fearsome Cthulhu can suffer from Vitamin C deficiency. 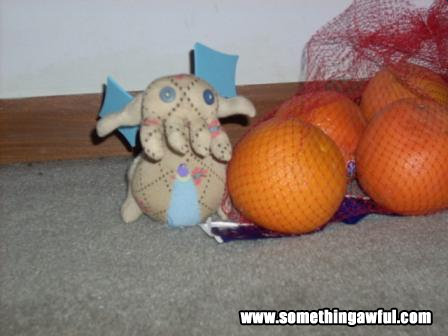 I look forward to seeing this butterfly made from socks in a chain email entitled FW:FW:FW: L@@K!!!!!CHECK OUT THIS REAL BUG FOUND IN IRAQ!!!! 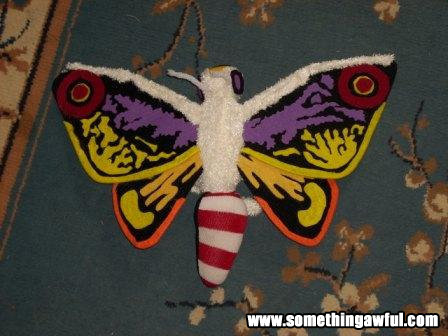