I Will Draw For You Robots (Part 1) 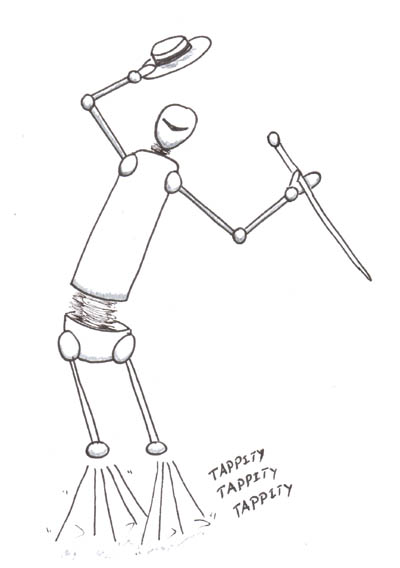 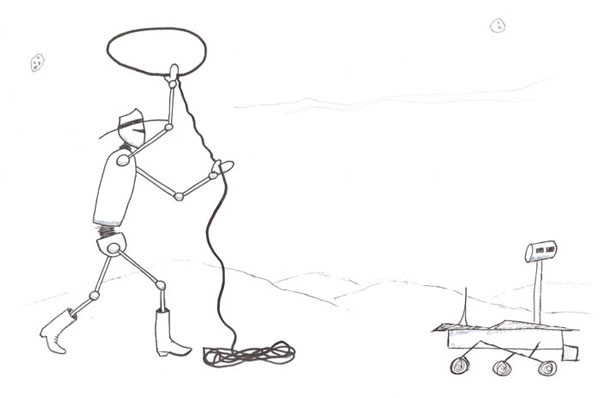 Unfortunately, all the dragonflies taken to Mars died due to the lack of oxygen. Also, the robotic aphids have not yet rolled off the assembly line, due to logistical difficulties. The Cowboybot therefore attempts to rope the closest thing it can find to the aphidbot... 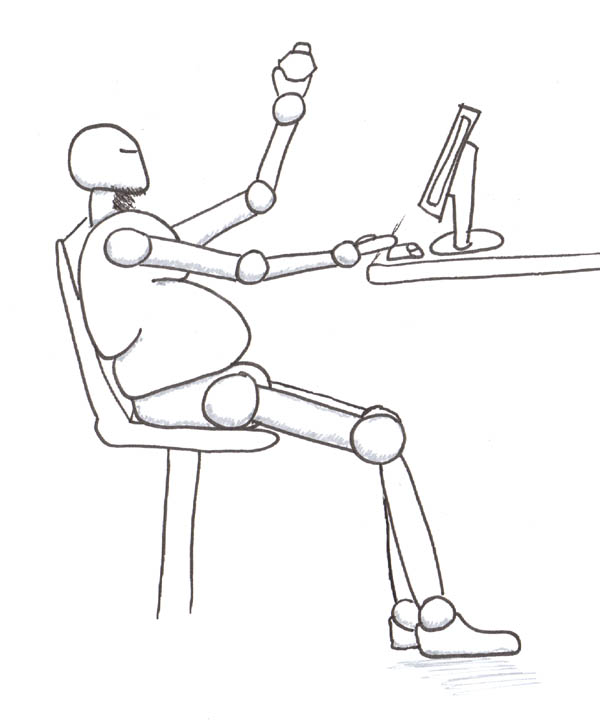 Unfortunately, production of the goonbot was canceled when it was determined that Hot Pockets were an inefficient and costly power source. 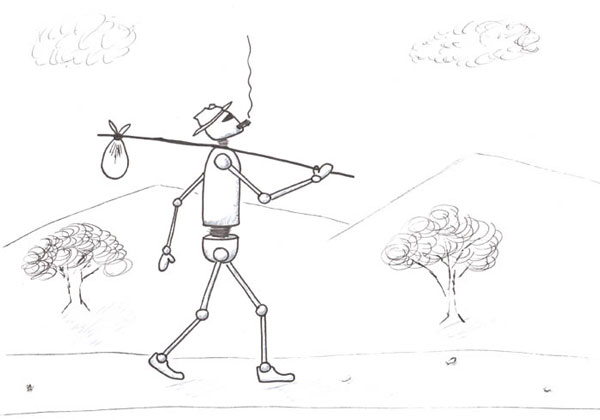 While very common during the robot depression, this is now a dying breed. Most hobots have been taken in by the state and converted into aluminum siding for low-rent housing. 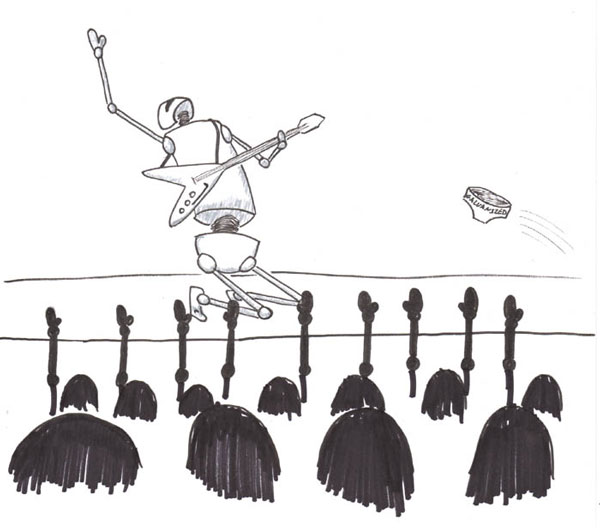 Yes. Yes he does. Quite well. Especially considering he has mittenhands.

A robot holding a delicious sandwich, however, he is sad because he knows he could never eat and enjoy it. 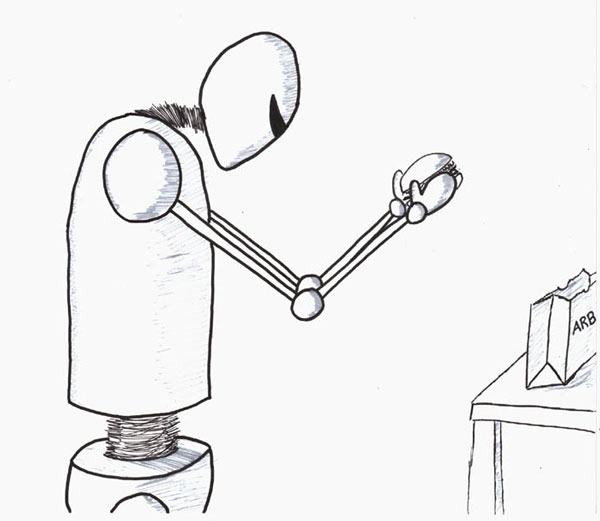