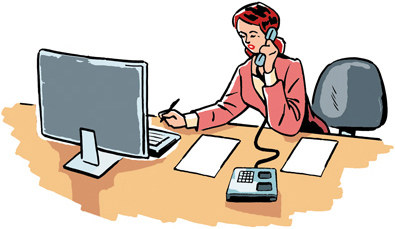 Nothing special, in Hastings we have the normal little walk through sensors. When my co workers weren't paying attention I would attach an anti-theft tag to them. This usually lead to a little laughing from folks. However, one time our alarm didn't go off and I forgot about the tags. Turns out later my co worker went into K-mart and spent 15 minutes trying to figure out what she did wrong as everyone thought she stole something. I know its childish as hell but I couldn't stop laughing.

Back at the airport, there was a PA system that was reserved for the airlines, but everyone and their mother ad access to it. We would play music, call out fake passenger names (Mr. Tal O. Ban your flight to Pakistan is now boarding), and play farting and toilet noises. The airlines would be pissed off but the customers loved it. My favorite was to do an impression of that guy who always screams GOOOOOAL during soccer matches.

We would also take dry ice and put them in soda bottles and place luggage containers over them to muffle the sound.

There is a lot of room for pranks and practical jokes at the cinema I work at from time to time. First off, the door leading into the small box office room is broken, there isn't a doorknob, just a hole where it used to be. Whenever someone is on break (or just visiting to check schedules, etc) it is customary to fuck with the person in the box office. Usually one of two things happen:

1. Insert the handle of one of the brooms through the hole and start poking at the person, or try to mash buttons on the PC touch screen.

2. Get a can of the aerosol air freshener and spray it through the hole in the door until the person inside starts coughing.

Yeah, people can be dicks to the person in the box and it's usually me in there.

I used to overheat the hotdogs on the cooker, then turn the heat down to minimum so they'd shrivel up and nobody would buy them. At the end of the night, we'd have to throw the extras away. There was an unused/unplugged refrigerator that I had the key to, and I thought that was the perfect spot for them. After a few weeks of doing it, there was a big pile of them. I eventually stopped doing it and just left it locked. ONE YEAR LATER when I had long forgot about it, the manager decides to use the fridge. He unlocks it and opens it to find a pile of black and green hotdogs. As soon as he realized what they were, the stench hit him, and he immediately vomited. I feel a bit guilty about that one.

I taped prawns in an old bosses laptop (dot com goldrush days, megalomaniac boss). There was space in there for a 2nd HD that wasn't used. All it needed was a couple of prawns taped near the air vents, and the internal fans did the rest. I'd also stuck prawns all over the office building, in heaters, under desks etc... So he was immune to the smell by the time he went to his business meetings off-site.

He was screwing me out of my final paycheque and was lying about promotion(5 mins reading his company email account confirmed he was canning the team), and I did lots of things due to rage and retribution. The most satisfying thing was dialling premium rate numbers on 5 or 6 telephones in abandoned offices during my final post canning visit to the offices. I rigged the phones with lumps of blu-tack so that they stayed off-hook, but the handles appeared on-hook, and may have been listening to horoscopes for days or weeks before someone found out.

However, the best prank I've ever seen is the toilet one. It uses the two chemicals found in fire extinguishers... Chemical A in the cistern, Chemical B in the toilet. When the two come into contact with each other during the flush, the mix immediately expands at a ratio of 10:1... I've seen it overflowing the top of the toilet cubicle before, and it brings up whatever 'presents' are left in the toilet - paper, shit... and the foam is never white.

A couple of my co-workers and I cured ourselves of stepping away from our computers without locking them: If one of us did, the others were sure to swap wallpapers, sound settings, etc.

Eventually, we all starting carrying USB keys with a complete self-extracting-and-executing sound scheme that would echo the sounds of "diarrhoea with tears" with every key and mouseclick -- and re-install itself upon boot.

Yeah, those were the days.