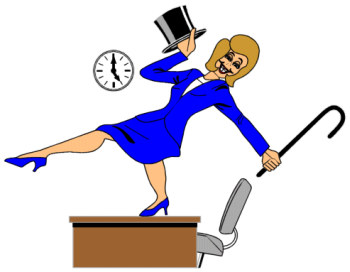 SMB2 Was A Dream

I used to register yahoo email accounts under the names of the higher-ups and send emails to co-workers informing them they've been fired. Good times.

I am Toni Lippi

At my first job we used to mess around a lot in the break room and we'd put stickers in hidden spots and muddy shoe prints on the ceiling, nothing even really funny just stupid out of boredom. One day I wrote "Code Blue" on a piece of paper and taped it to some pipe not even thinking about it since someone took it down that day. A couple weeks later the corner of the break room is zoned "off limits" and a technician had torn through the wall and lots of piping is around. I asked my manager what was going on and she said "An inspector tagged the pipe 'Code Blue' and we called someone out here to find the problem."

I used to work at a movie theater. I had a real asshole manager. He was the kind of guy desperately looking to assert his authority when it wasn't needed. He'd drag me 100 yards from what I was doing, then point out a small object that was out of place and ask rhetorically, "What are we going to do about that!"

Needless to say, he was on my shit-list and $5.15 an hour wasn't a good incentive to keep me a diligent employee.

I was in charge of unloading the supply truck one day, and I had to move a bunch of 50 lb bags of popcorn seeds. One of the bags was just begging to be put over a ceiling tile, so I complied. I put a nice big slice in it before gently resting it over the tile.

A week or so passes, and I hear that nasally voiced douche demand one of my co-workers to replace it as he watched. The guy goes up (thankfully not directly under it) and wiggles the tile. The bag comes tumbling from the ceiling, and 50 pounds of popcorn seeds spray in every direction over a considerable distance.

His anger only fuelled my laughter, but he could never pin it on me.

I worked at a certain ride in a certain theme park where a certain mechanical shark comes at your boat full of guests. You see, I stood at the front of the boat (driving it) and the annoying people would make stupid jokes at me.

I found that if you drop the boat out of automatic mode (where it follows it's course to set speeds and rises/falls along the track) the boat STOPS. Big whoop, it's supposed to do that so you can pace your show behind other boats if you have to ar maybe if there's a little emergency. Well, there was a group of German tourists who were too drunk to handle the water splashing on them. They told me (during the show) that if they got any more wet they'd personally sue me.

Well, this one part of the ride, the big shark pops out and a huge air bubble comes with it. The boat has passed most of the bubble and only the last few rows get "splashed". However, if you "drop out" about three feet in front of said shark, the bubble bursts alongside portside bow of the boat. And the shark's propulsion pushes said burst bubble over the portside walls of rows 1-3 and literally floods up to your knees before flowing to the back and out the boat. I effectively nearly drowned the German bastards and successfully ruined three very expensive cameras they had in their laps (that I saw them taking pictures of my crotch with and laughing. By the way, I'm a dude, and they were old dudes.)

My friend is terrified of bananas so I strategically placed bananas around his office.

I work at a law firm. We have a waiting room that has several stacks of magazines thrown about on the coffee table so people could amuse themselves while they wait.

One day, my co-worker and I found pictures of our lawyers online so we print them, cut them out and started pasting it on the magazine covers all over the magazines--women's magazines and over children's heads.

We totally forgot about doing that since we were bombarded by work the next day. We ended up leaving the magazines on our desks. The receptionist decided to clean our areas and brought the magazines back to the coffee table. A few days after that one of the lawyer's girlfriends screams and everyone has a good laugh.

Today, not being particularly computer savvy, the only thing my co-worker and I know how to do is change the auto-correction on Microsoft Word. Right now, whenever one lawyer types his name, it turns into: I am [name deleted], ruler of all who live!!!