EXPECTATIONS: To say I had any expectations, good or bad, about Holy Rollers would be a bare-faced lie. I hadn't even heard of this film until very recently. Still, the concept of Jesse Eisenberg playing a Hasidic Jew who imports ecstasy has to be at least a little interesting, even if it doesn't spell box-office gold.

REALITY: I think the best word I could use to describe Holy Rollers would be "brief." No, better yet, "abrupt." Everything just happens at once and then it ends. It sounds like a criticism when I say it like that, but it's kind of the whole point. 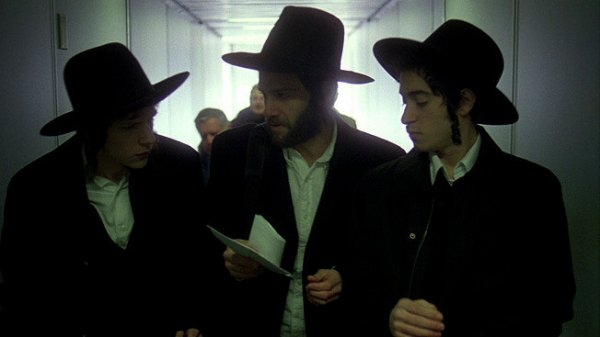 You should at least see this for the hats.

Sam Gold (Jesse Eisenberg), a young Orthodox Jew in Brooklyn, is presented with an opportunity when his friend's older brother Yosef Zimmerman (Justin Bartha) offers him money to smuggle "medicine" into the country from Amsterdam. The medicine, of course, turns out to be ecstasy (hence the hilariously clever title), and Sam soon finds himself ingratiated with Jackie (Danny A. Abeckaser), the man at the top of the Israeli drug cartel, much to the chagrin of the ever-derailing Yosef.

Sam does a lot of growing up in the very short running time, mostly due to his romantic interest in Rachel (Ari Graynor), who has a massive impact on his beliefs and, subsequently, his family life. Having been forsaken by his father (Mark Ivanir), Sam gets a little too big for his boots and everything looks set for a Scarface-style power play until everything is pulled away from him. 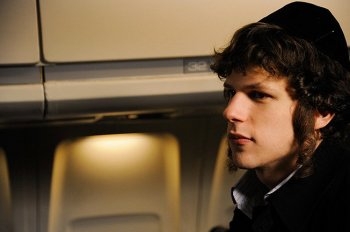 This may be his finest performance to date, and he owes it all to his hair.It's difficult, if not impossible, to talk about this film without giving away the ending, because the ending is everything here. I won't give away the exact details, but I will talk about the impact it had on me. You see, every scene in this film underlines a new step in Sam's internal conflict. That conflict being between his spiritual side, aiming for redemption, and his selfish need for personal gain and gratification on Earth.

Hold on! I know this is the Internet and it is populated largely by militant atheists who will dismiss all internal spiritual conflicts as useless and unrelatable, but if you care even slightly about the extent of human nature then the fact that these conflicts matter to the people experiencing them has to matter to you. If you're not able to accept that, then Holy Rollers will be meaningless to you. This spiritual conflict is, in fact, the only conflict in the film, and that's why it ends the way it does.

I implied earlier that this film lacks a third act, that it's all set-up and then an ending out of nowhere, but that was actually a little dishonest of me. What I meant was that on the surface, paying attention only to the plot progression, there appears to be no third act. However, following the true conflict of the film, the plot itself begins to look a little different. This is a power play, after all. If you imagine the two warring sides of Sam's inner struggle as two separate characters and watch for which one overpowers the other, you'll hopefully understand the strength of this film's structure. The climax isn't entirely as abrupt as it might appear: The whole point is seeing where Sam turns and what choices he makes when he doesn't have any time left.

The main reason this works so well is Jesse Eisenberg's fantastic performance. I have, in the past, expressed conflicted feelings about Eisenberg as an actor, but I finally recognise the beauty of what he can do. His vocal performance in Rio fell flat because he did not have his greatest asset at his disposal: his face, which he uses here to express the entirety of his arc to the audience.

Even outside of the ending, this is a rather beautifully succinct character study. In one instrumental scene, Sam is helped by another Orthodox Jew on the streets of Brooklyn. I am in no way educated in these rituals, but the imagery of Sam wrapping the leather straps of a Tefillin around his arm evoke a junky getting his much-needed fix, and Eisenberg's performance reinforces this. It certainly won't be everybody's cup of tea, but if you think any of this sounds even slightly interesting, then I can't recommend it enough. If not, then maybe you should check it out anyway; that eighty-nine minute running time certainly isn't going to put you off.

MINORITY REPORT: If I had to guess, I'd say that the one thing that'll kill this movie's chances of finding an audience is the title. It's a good title, but whenever I see a movie about drugs that has a pun or double entendre in its title, I automatically assume it's a comedy. - Joseph "Jay Dub" Wade