EXPECTATIONS: If there is one word that best describes the trailers for The Words, it's 'saccharine.' I hope that I'm wrong, but everything about this film screams "6 AM Hallmark Channel Matinee." The cast features some amazing talent, but I can't fight the feeling that this is going to turn out to be a TV movie that some executive decided to dump into theaters.

REALITY: When it rains shit, it pours. There is nothing that a writer loves more than to write about himself and what he does. It's inescapable. Look, I'm doing it right now! That said, there is nothing a writer hates more than another writer who is bad at his job. This is the underlying principle at work in The Words, and in an ironic twist of fate, it's also going to be the central argument of this review. Let the navel-gazing begin... 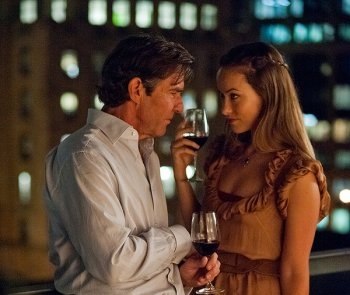 Bored.The Words attempts to tell three stories simultaneously. First, we have celebrated author Clay Hammond (Dennis Quaid) reading a selection from his latest book to an enthralled audience. The story he tells makes up the bulk of the film; struggling writer Rory (Bradley Cooper) discovers a hidden manuscript in an old leather satchel, publishes it under his own name, and is instantly hailed as the voice of his generation. Soon, an old man (Jeremy Irons) comes out of the woodwork to claim the story as his own, and tells Rory the tale of how he came to write that story fifty years ago in Paris.

Let's go back to Creative Writing 101 for just a moment. Do you see a conflict anywhere in all of that? If you said "The old man vs. the young author," you would be almost correct. In a typical story, an old writer taking a young pup to task for stealing his memoirs would be a strong central conflict with a dozen avenues to explore. Hatred between two writers, litigation over stolen work, crumbling relationships, becoming a social pariah; Any of these things would make for a compelling story, and yet the path that writer/directors Brian Klugman and Lee Sternthal take is far less ambitious, and much less engaging, because we are constantly being reminded that this is all a book being read by another character in the film.


The Princess Bride can pull off a framing device like this because it's heartwarming to see Peter Falk read about the Dread Pirate Roberts to petulant little Fred Savage. Here, Dennis Quaid is reading two chapters (with an awful lot of plot) to a room full of faceless professors and literary types who probably aren't actually listening to his story anyway. Most films use a framing narrative to get us into the story quickly without having to explain too much, but The Words is nothing but explaining. The entire film hinges upon one character explaining the story behind their story to another storyteller. For anyone who thinks creative writing is nothing but a massive circlejerk, this film is Exhibit A.

Periodically, the film breaks up its narrative and takes a step back to give us a glimpse at the writers telling their stories. Clay finds himself in a spate of self-loathing as he explains his novel to an infatuated grad student (Olivia Wilde); the old man is heartbroken over the life he could have led had he not lost his manuscript; Rory also must come to grips with the fact that he's not as good a writer as he wants to be, and hates his lot in life as a result. Breaking up the story this way does nothing but pad out and scramble the flow of an already pointless endeavor. 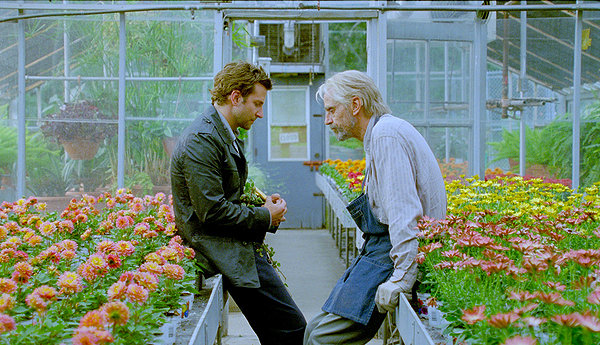 Who, exactly, is the audience for this film? I can't imagine any self-respecting writer finding much value in a film that boils down their life into a series of boilerplate cliches. Maybe The Words is a film meant for non-writers curious about the writing process. If that's the case, they won't learn much. For all the scenes featuring Bradley Cooper hammering away at his keyboard, we never see a word of what he produces, or how he goes about producing it. We know Jeremy Irons wrote about his time in Paris during World War II, but beyond the flashbacks we see, we can only guess as to the content of his eventual bestseller.

The moral of this story, it seems, is that life should not be about writing. Writing should be about life. I shouldn't spend so much of this review telling you what a terrible story The Words is; I should be telling you about Jeremy Irons' stirring performance or Bradley Cooper's not-so-stirring performance. I should be telling you that for all their narrative shortcomings, Klugman and Sternthal fare much better as directors. I should also be telling you that the film's musical score comes direct from the Now That's What I Call Melodrama catalog. It's clear, though, that the words are the only thing that matter in The Words, and sadly, the words are just fucking terrible.

MINORITY REPORT: Isn't this like the third time Bradley Cooper has played a failed writer? Is it really that easy to imagine that Bradley Cooper is talentless and can't form basic sentences? Wait, yes it is. - Martin R. "Vargo" Schneider