EXPECTATIONS: Fourteen months have passed since Look Who's Talking marked career lows for writer/director Amy Heckerling and quote-unquote actor John Travolta, each paying penance for grievous errors: Heckerling was bouncing back from a failed to attempt to adapt Fast Times at Ridgemont High to the sitcom format while Travolta had just wrapped a spy comedy that grossed less than the amount due on my dad's mortgage. Unfortunately, Look Who's Talking was a surprise hit and our culture has bottomed out, so the assholes at Current Releases decided I'm going to spend another eighty minutes in the company of these airheads. Gag me with a fucking spoon.

REALITY: Look Who's Talking Too is barely a movie. The latest Perry Mason special was twenty minutes longer and, as I recall, there wasn't a montage within the first fifteen. (That Perry Mason special was also considerably less predictable, even if it did end with a guy admitting his guilt on the stand.) Rather, this feels like an almost-feature-length episode of America's Funniest Home Videos, except we have Bruce Willis and Roseanne Barr providing feeble commentary on whatever random shit kids happen to do instead of Bob Saget. It's lazy, and I suspect this movie was assembled from outtakes from some nightmarish workprint of Look Who's Talking that goes on forever. 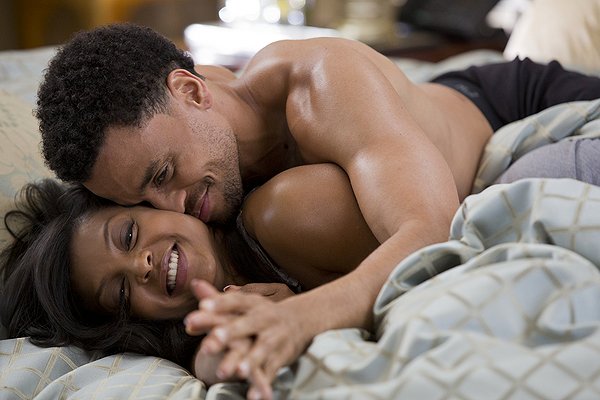 Life was so much simpler before Mikey came along.

Actually, "nightmarish" is a good word to describe Look Who's Talking Too, which presents fertilization as a rape scenario. Using documentary footage and a voiceover, the spermatozoa forces its way into the ovum while some dude says "c'mon baby let me in" in an oddly menacing fashion as she pleads for mercy. This comes moments after Mikey (voiced by Willis, who sounds hungover) hallucinates that his teddy bear has transformed into a toddler-eating beast with razor-sharp teeth and claws while James (Travolta) and Mollie (Kirstie Alley, the only principal to retain her dignity) get frisky in the next room. There is nothing copacetic about that sequence.

But after the aforementioned montage, in which Mikey dreams that he's escorting his unborn sister Julie (Barr) on a day trip through New York City while Willis cracks incredibly lame jokes, Look Who's Talking Too takes a hard turn from "nightmarish" (which is still interesting, from a criticism standpoint) to "safe and boring." James and Mollie have the baby, James and Mollie name the baby Julie, James and Mollie deal with the marital stress that has accumulated over their two-year stint in Baby Improv Theatre. My favorite moment: When Mollie hurls Julie into the side panel of a passing station wagon, turns toward the camera and says "stop fucking watching us." 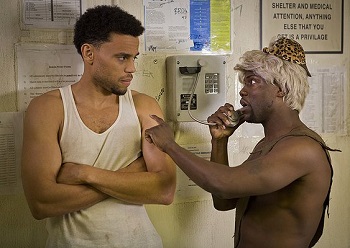 We can't take you ANYWHERE, Mikey!

Don't worry. All of my favorite moments from milquetoast comedy sequels, generally designated by homophones for "two" in the title, are wholly imagined - for instance, that moment in Splash Too when Not-Daryl Hannah (Amy Yasbeck) severs her human legs with a meat cleaver and crawls back to the sea. See also: The Jerk Too and Teen Wolf Too. From this, we can synthesize a rule: If a sequel contains "too" in the title, especially if some sadsack poster artist has underlined that "too" with purple lipstick and Edward Scissorhands is playing at the theater across town... well, that's shorthand for "stay the fuck away" and a startlingly accurate predictor of a film's cleverness.

Look, we can debate whether The Godfather Part II or Aliens were better films than their predecessors, but I challenge you to think of one recent comedy sequel - especially one with "too" in the title - that was worthwhile and stimulating. Arthur 2: On the Rocks? Dogshit. Porky's Revenge? Even smellier. Revenge of the Nerds II, Oh God! Book II, National Lampoon's European Vacation and Meatballs Part II? The freshest hells. The lone exceptions to this rule, Gremlins 2: The New Batch and Back to the Future Part II, are comedies with something else to offer. 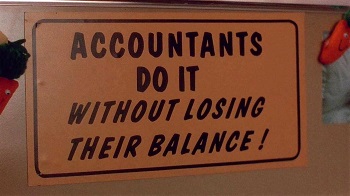 Remember that when Tax Season rolls around.This has to stop. We're gearing up for conflict in the Middle East. Shootings dominate our nightly news. I understand Americans need a little escapism - ticket sales grow exponentially during times of national strife - but does our cultural output have to be so patronizing? It would be easy to put the blame squarely on studio execs if filmgoers weren't walking them hand-in-hand through new frontiers of condescension. I mean, do we really need that "too" in the title to draw us in? Did we really shell out $75 million to see ninety minutes of babies doing what babies do while Bruce Willis says the most obvious things from a run-down pub at the corner of Die Hard and Die Hard 2?

My only hope is that, a couple decades from now, critics will see Look Who's Talking Too as a quaint reminder of a time when a) shitty comedy sequels did well at the box office despite providing nothing but mind-numbing mediocrity for audiences who find a trip to McDonald's mentally taxing, b) we actually found it acceptable to encourage such abuse of homophones, c) studios scrubbed adult-oriented comedies clean of any content that would earn it any rating beyond PG-13 for the benefit of that mythical 15-year-old who wants to watch movies about adults dealing with adult relationships but can't figure out how to buy a ticket for one movie and sneak into another, and d) kinda-funny actors got suckered into unfunny sequels to unfunny films built on unfunny screenplays that, oddly enough, began as weird tie-in pitches for toxic products - John Travolta, for instance. Or Steve Harvey's advice.

MINORITY REPORT: Elias Koteas is going to be very upset when this pops up on his "Look Who's Talking Too" Google Alert and he learns he wasn't mentioned. - Martin R. "Vargo" Schneider