This week came upon us all as a big surprise with the release of absolutely nothing. Desperate for some content, any content, we cranked up our Chron-E-Mail-O-Tron and stuck a poll on Facebook, just like Jesus used to do. What you are about to read is the result of our actions.

Life in a Day

In 1977, NASA launched the Voyager space probes. Each probe carried with it a golden record containing sounds and images of Earth; Chuck Berry, whale songs, naked people, you name it. To date, it seems like all we accomplished was finding the most expensive way imaginable to get rid of two perfectly good records. That didn't stop us from trying it again in 2011. This time, we streamed the documentary Life in a Day out into the stars, with the hope that some alien civilization might receive it and learn something about our little blue ball of dirty ocean water.

For 36 years, the heavens were silent. Then, on July 3, 2047, we finally received a reply. The film was streamed back to Earth in reverse, along with a brief message: 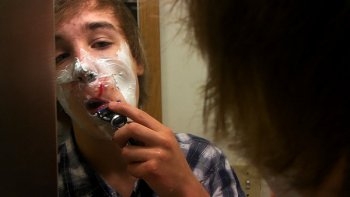 Hahaha! What a dick!With two short words, the whole of humanity was sent into an emotional tailspin from which it would never recover. Were they sending back our film, or were they saying they weren't interested in our planet? If the rest of the universe didn't even want us, what did that mean for our place in our own lives? Wars quickly broke out about whether it was aliens that had sent the message, or if God had simply lost interest and was trying to be as direct as he could about it. Too many questions were raised and nobody wanted to deal with the potential answers. Maybe it was for the best, then, that the world ended and billions put themselves out of their own misery by enlisting in the Toy Wars.

But why? What could have turned alien civilizations off to planet Earth and all its self-centered little creatures? What did we do or say that could have so deeply offended the cosmos? Was Douglas Adams simply trying to fuck with us from beyond the grave? Life in a Day may hold the answers to all these questions.


Life in a Day chronicles the lives of the people of Earth on July 24, 2010. People were asked to videotape themselves and how they spent their day, and some vague themes are touched upon over the course of the film. Who are you? What do you do? What makes you happy? What are you afraid of? Basic questions that any six-year old could answer in their sleep are posed to people young and old, and the answers are sort of astonishing. As the film takes us through a day in the life of planet Earth, it becomes clear that not only were people who seemed to be vastly different actually amazingly similar, but also each one of us exists at the center of our own little universe.

It's less a series of vignettes than a collection of random clips desperately assembled in search of a theme. Granted, when given a prompt like "Videotape yourself doing stuff," most people do exactly that. For every brief scene of parents walking their kids through their first shave or goatherders making cheese, there seem to be a dozen randomly selected shots of people dancing or running around with their camera pointed at the ground. We're never allowed enough time to get to know too much about any one subject, even (or even especially) when the film lands on a person or topic that might warrant further inspection.

Take, for example, the lone clip of a man parkouring out his apartment window, wandering down to the corner store, stuffing a loaf of bread down his pants, and then running out to catch the nearest subway train. What the hell was his story? Is he a professional who just wanted to show off to the world, or is putting bread in your shorts just a regular thing for this guy? The movie never tells us, so one can only assume. The whole film plays this way, and as a result, comes off more as a shallow encyclopedia entry for our planet than any kind of meaningful statement. This is the film that the captain in WALL-E watches when he asks the computer to define 'Earth'. If I were the emperor of the Xyrexian system, I'd have the president of Earth on the line in a heartbeat demanding to know more about BreadPants. 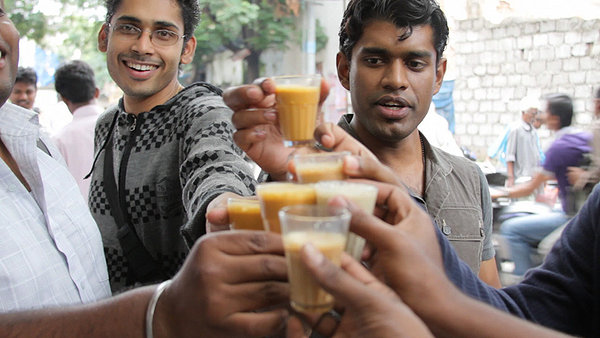 Drink up, guys. It's the only way you're going to get yourselves through this day.

This isn't to say there aren't poignant moments to be found. Early on, we see a man filming his son manically dancing and singing to wake up his mother, who's apparently just gone through some pretty tough surgery. Cut to her later on reprimanding him for being a pest, and it becomes clear that maybe he's being a pest because he doesn't know how to react to his mother's surgery. This little family moment is probably the closest Life in a Day ever comes to relating all the complex emotions that make up humanity. Stress, anger, sadness, worry, joy; the clip runs the gamut of emotions, and even though this family pops up a few times over the course of the film, rarely does the film relate as much about people as it does during that brief sequence.

I can only assume that this film was incredibly well-received upon initial release. There's nothing more fascinating than watching other people struggle. I should know; the best part of my day is sitting up at night and watching security monitors as the cannibal horde tries to work out a way inside the Laird Compound but just winds up eating itself. It's amazing stuff, sometimes even a little bit hilarious, and if there were anyone to show it to, I'd cut together my own version of Life in a Day.

The problem with a film like this, however, is that the further away you get from it, the less sense any of it makes. Some things seem fairly universal: waking up, going to work, eating a meal, telling someone you love them, etc. Those parts of the film make perfect sense in 2089. What doesn't make quite so much sense is how, aside from a few lines of Walt Whitman's poetry, Star Wars is the only work of art brought up in this entire thing. Darth Vader himself even shows up at one point, which is particularly baffling, because there don't seem to be any other fictional characters to be found. Was Star Wars really so important that it needed to be repeatedly referenced in a film about planet Earth? I'm not sure how I feel about that being the sole creative endeavor to be locked into this time capsule.

And that's really the film in a nutshell. Life in a Day only serves as a time capsule for 2010. Seventy-nine years later, Earth is only barely recognizable (two nuclear wars and an outbreak of zombies will do that), but the emotions haven't changed one bit. It's nice to get a glimpse of what real people were like before they found out the universe wasn't interested in them. In a way, it's sort of comforting to know that people have always been as self-centered and in need of validation as I am.

MINORITY REPORT: Life in a Day seems like either a hugely misrepresentative mosaic depiction of people at large or a disconcerting study of the kind of people who record everything they do on a camcorder every day of their lives. I know those people exist, but I can't imagine anyone wanting to see that movie. - Ian "Professor Clumsy" Maddison