EXPECTATIONS: I have a number of questions regarding the trailers for Cloud Atlas, and most of them begin with the phrase "Am I going crazy, or...?" I have faith that the Wachowskis and Tom Tykwer (of Run Lola Run fame) are up to the challenge of delivering a beautifully photographed film. Whether it will make a lick of sense, however, is something I guess I'm just going to have to find out the hard way. 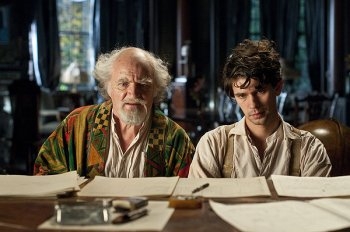 Granddad, I'm bored. You promised if I played piano with you, you'd play Xbox with me. It's been three years.REALITY: It used to be fun pondering the mysteries of the universe with good company and a few drinks at hand. Things like life, death, karma, reincarnation, the future of humanity, the possibilities of a world beyond our own, and whether The Matrix is really as intellectual as it seems to think it is. Then, you grow a little older and realize life is too short for all that: Why waste time pondering the mysteries of life when you could be out there actually living it? The same realization struck me somewhere in the middle of Cloud Atlas. It's a film that occasionally achieves technical brilliance, but whose story amounts to distressingly little.


Cloud Atlas is best described as an anthology film, composed of six stories running simultaneously. Each story takes place in a different era, and each features the same five or six cast members in a new role, taking turns as the central figure. As each story cuts back and forth with one another, it is assumed that each actor is playing a reincarnated (or rather spiritually similar) version of his or her character in the other stories. Over the course of the film, we watch as one character's actions echo down through history and come to inform the actions of a different character many centuries later played by that same actor. At least, that's the film's central thesis. Whether it effectively communicates this concept is a different matter entirely.

In 1850, a young notary (Jim Sturgess) encounters the horrible realities of the slave trade in the South Pacific. In 1931, an elderly composer (Jim Broadbent) and his young apprentice (Ben Whishaw) attempt to write their masterpiece. In 1975, a journalist (Halle Berry) investigates the dubious dealings of a nuclear power magnate (Hugh Grant). In the present day, an elderly book publisher (also Broadbent) finds himself imprisoned in a retirement home run by a Ratched-esque nurse (Hugo Weaving). Sometime in the 22nd century, a genetically engineered waitress (Bae Doona) is rescued from extermination and groomed into a revolutionary figure. Many years after that, a post-apocalyptic hunter-gatherer (Tom Hanks) guides a woman from a technologically superior culture (also Berry) to one of his tribe's most sacred and haunting monuments. 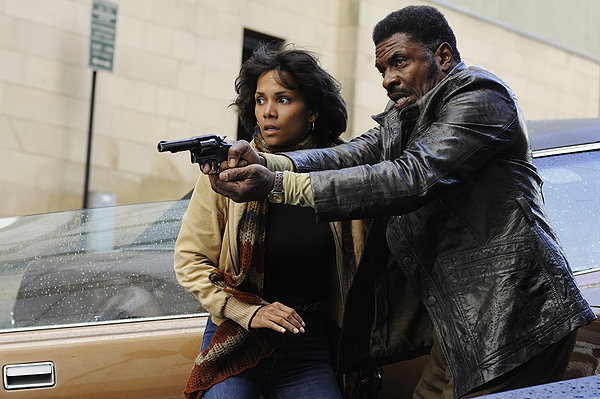 What are you aiming at? There's nobody there.

The general theme connecting each story to the next is the mere fact that each story is connected to the next. As one character reads the journal of a character from a previous story, only to find that the back half of the journal has been torn out, it drives him mad for a moment or two. He writes a letter about it to a loved one, sits and stews for a bit, and then soldiers on with his life, presumably having never gotten to finish the book. This scene is of little consequence to the outcome of that character's story, which forces me to call the whole connective scheme into question. It's difficult to say just what significance these connections play in the film, as some are tenuous at best, while others have earth-shaking implications.

Why does Cloud Atlas call equal attention to every connection or coincidence if not all of them share equal importance? I pondered this question for a while before I realized the film isn't particularly interested in answering it. This is a film more interested in sweeping its audience up in the spectacle of its interlocking narratives than in explaining itself. If you want answers, go watch the end of The Matrix: Reloaded. Cloud Atlas is a film whose journey is more important than the destination. Then again, with a film of this magnitude, that's sort of like driving past the Grand Canyon on your way to see The Thing? in Dragoon, Arizona. 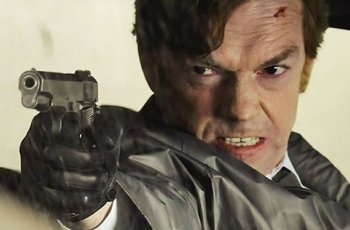 Hugo Weaving continues to be a pretty good reason to go to the cinema.Technically speaking, Cloud Atlas is a tour de force. It's a brilliant execution of film storytelling, anchored by a number of wonderful performances (Bae Doona and Jim Broadbent deserve special recognition; their characters are easily the film's most engaging). The problem, though, is that all of this ambitious storytelling is in service of a story that ultimately feels trite. It reminds me of The Words, of all things, and how this film could have ended with author David Mitchell reading the novel aloud to himself on a beach somewhere. It would have had precisely the same impact.

As a cinematic work, Cloud Atlas achieves something truly unique. With three directors, six stories, and a huge ensemble cast, the fact that this film isn't an unmitigated disaster is something of a miracle. The pace is relentless, making its nearly three-hour running time go by in a flash. If nothing else, I have to recommend this film to anyone interested in the mechanics of film editing. Each story flows effortlessly into the next, and for as large as the enterprise gets, never once do you feel lost in this story. Again, I cannot stress enough just how well this film is manufactured, which is why the narrative content drives me up the fucking wall. The point of the film, that our lives are interconnected down through the ages, seems utterly beside the point, so to speak.

If I'm signing up for a three-hour romantic sci-fi epic, I'd like to know that I'm getting something more out of the experience than a fortune cookie. Maybe that makes me a bad filmgoer. The weight of the film and the strength of its artistry feel completely at odds with the story we're being told. I loved watching Cloud Atlas in the moment, but every moment I spend thinking about it afterward feels like a waste of time. I hate to say it, but life is too short for films like Cloud Atlas. This must be how the people who hate Speed Racer feel.

MINORITY REPORT: As one of the aforementioned people who hates Speed Racer, I'm worried that I'm going to agree with you. On the other hand, I love The Matrix so... I'm probably going to end up agreeing with you anyway, aren't I? - Ian "Professor Clumsy" Maddison