EXPECTATIONS: I've always felt Silent Hill deserved a participation award, even if it ultimately fails as a horror film. That film, in its hurry to get to the good stuff, eschewed empathetic characters and an increasingly terrifying situation - y'know, the kind of qualities that make a film genuinely unnerving instead of shock-scary - for above-average art design and jump scares. Video games can afford to push us right into the action, but a film has to work to forge our connection to the characters in the absence of a controller.

In the six years since that flawed facsimile of the video-game experience, the producers have recruited English filmmaker Michael J. Bassett to write and direct a sequel with 3D in the title and Malcolm McDowell in the cast. There is no way Silent Hill: Revelation 3D is going to be anything more than a turd, no matter how hard I pray that the producers ditch the fan service and the game franchise's convoluted plot in favor of a coherent narrative tailored to this medium. 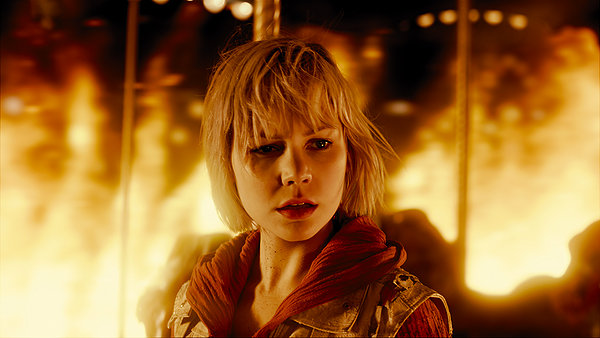 There's always that bit after you beat the last boss where you have to escape his burning lair.

REALITY: Sean Bean's back, Radha Mitchell makes a cameo and apparently Jodelle Ferland had better things to do, like co-starring in the direct-to-TV Home Alone 5: Alone in the Dark. Within the first ten minutes of Silent Hill: Revelation 3D, there's a dream within a dream and Bassett wrings a jump scare from a Pop-Tart. That should tell you something: This film exists only to make its predecessor look like a goddamn masterpiece.

The plot's damn near incoherent, but as far as I can tell, Emperor Palpatine (Carrie-Anne Moss) kidnaps Boromir (Bean) to lure Gidget (Adelaide "I'm Not Carey Mulligan" Clemens) and her new pal Samm Levine (Kit Harington) to Silent Hill, where Gidget must snatch a talisman from Blind Caligula (McDowell) to stop the evil or perpetuate it or something. Plot, character names, costumes - these matter not a whit. They're merely the vehicle for a dive-bar cover band's rendition of Silent Hill's greatest hits. 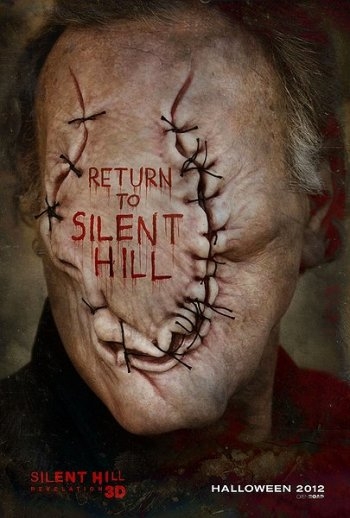 No way! That's a disgusting form of invitation, Mitt.The drummer counts to four, barely, and The Foggy Tolucas launch into "Pyramid Head" while the patrons hang around only because they paid the cover. "Pyramid Head" sounds nothing like the original; the guitarist collapses halfway through the solo and the patrons feel nothing but gratitude for silence - and the distant sound of an ambulance approaching - but when the tumult's done, everyone's too depressed to do anything but go home alone.

I know McDowell's getting up there in years and, in the past decade or so, he's proved he'll do anything for a buck. I can excuse that. Everyone else - Bean, Moss, Mitchell, Deborah Kara Unger - should be ashamed to appear in a movie anchored by Clemens and Harington, who apparently thought they were auditioning for a high-school play.

Bassett's screenplay is full of stilted, expository dialogue and characters who lack common sense. A pair of bumbling detectives barely seem concerned when they discover COME TO SILENT HILL and some arcane symbol painted on Boromir's wall in blood, and they don't understand probable cause. Then again, maybe the awful writing and acting is an homage to Silent Hill's turgid cutscenes and junky controls.

The true and only stars of Silent Hill: Revelation 3D are the handful of technicians who at least provide some aesthetic value to a film that would otherwise be unwatchable: cinematographer Maxime Alexandre, creature designer Patrick Tatopoulos (who similarly redeemed the predecessor) and the small army of special effects artists whose work deserves a better film. Hell, we all deserve a better film.

The Silent Hill franchise's damning failure is its inability to capitalize on a setting that's ripe for an adaptation by any writer-director who could stop fellating gamers long enough to scrap or pare the game's narrative. If only someone would set a single film in the hospital or the elementary school or the hotel instead of shoehorning the overly elaborate backstory into threadbare films that work way too hard to carry characters from one location to the next!

This isn't a horror film so much as the first blow in Silent Hill's bare-knuckle fight with Resident Evil to claim the title of Worst Horror Film Franchise Based on a Successful Series of Video Games. Considering Resident Evil: Retribution was almost tolerable, Silent Hill's now a promising contender.

Oh, yeah, and Pyramid Head's now a carnie who fights for good. What the Christ?

MINORITY REPORT: When Mikhail Bakhtin coined the term 'carnivalesque' to describe subversive literature and media, I really don't think a movie based on a video game about a spinning nightmare carnival curated by a sword-wielding, triangle-faced butcher was what he had in mind. Or maybe it was. I don't know. - Joseph "Jay Dub" Wade