EXPECTATIONS: Did we all fall through some kind of time warp? Is it 2019 already? No, Terrence Malick simply decided to make his next film sooner rather than later. I hope that means he already has something great in the pipeline, and not that he's simply trying to strike while the iron is hot. Word on the street is that To the Wonder is even more experimental than The Tree of Life, so there's really no telling how abstract and ridiculous this could get.

REALITY: I've come to realize that Terrence Malick is a filmmaker whose approach to cinema is something I admire in theory more than I actually enjoy it. The way he captures the world on film is awe-inspiring and fascinating all on its own. It's when he imposes that style onto a story that things occasionally fail to click, particularly in his more recent films. That seems like the perfect way to describe his latest, To the Wonder: It's a film of immeasurable beauty hamstrung by a story so trite that it threatens to make the whole exercise seem pointless. 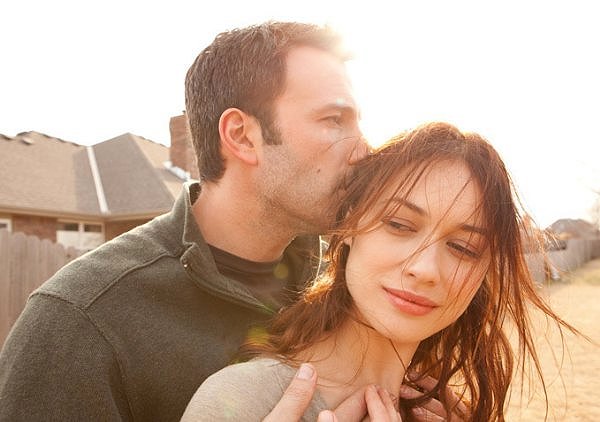 What an adorable couple who probably only exist on separate planes of existence or something.


As the film opens, we meet a man and a woman falling in love in Paris. Marina (Olga Kurylenko) follows Neil (Ben Affleck) back to America, where the two attempt to make a life for themselves in a nondescript rural town on the Oklahoma prairie. Their relationship soon stagnates, as Neil's no-nonsense demeanor clashes with Marina's free-spirit approach to the world. He grows distant; she's consumed by ennui; things fall apart. The two attempt to move on, but they find that emotional journey a struggle.

Enter Father Quintana (Javier Bardem), a local priest who seems like he may be able to help them, but instead is plagued by his own lost sense of faith. Quintana's parish is sparse, despite insistence from churchgoers that their community is growing. On the contrary, the community appears to be in complete disarray. He tries to tend to the poor, the prisoners and the disabled, but everything he does feels like an empty gesture.

And as this plot summary inches forward, it becomes increasingly clear that this is not a story in the conventional sense. There is a vague sense of structure, with conflicts to keep things moving, but as with Tree of Life, much of this conflict is internalized by its characters. We watch these conflicts play out through gestures and movements; no words, no bold action. Where this film differs from Tree of Life is that it's almost entirely internal conflict.

This s Malick at his most personal, and his most artistic. The story doesn't manifest itself through declarative statements or bursts of violence; it emerges through the juxtaposition of imagery and clashing archetypes. Were this a film from any mainstream director, Marina would be a broadly-defined manic pixie dreamgirl, inspiring a dozen websites to publish top ten lists explaining why she's infuriating. Neil would have to constantly explain why he's stoic and emotionally distant instead of simply being stoic and emotionally distant.

To the Wonder's triumph lies in Malick's ability to tell a purely visual story. We watch as Marina stands on a rooftop and follows a flock of birds as they fly to the left, then to the right. She prances through a fast-food parking lot with the same grace she displays while dancing through a field of hay. She is the personification of unrestrained freedom, and the structures of modernity do nothing but weigh her spirit down. Neil, on the other hand, lives in the trenches of modernity, working as an environmental inspector for an oil company. And just as oil fracking pollutes the community, Neil's emotional fracking pollutes his relationship with Marina. (Metaphors are fun, aren't they?) 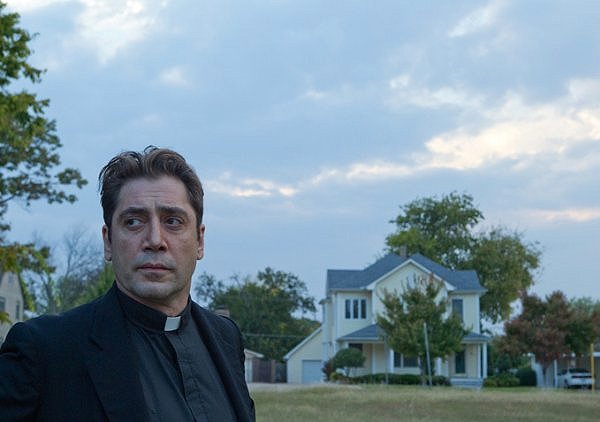 I don't know why this all seems familiar? Something to do with drainage?


The film was supposedly shot with pages upon pages of character notes, but no actual script. This explains why so much of the film's action finds its characters adrift. What dialogue there is feels spontaneous, much of it whispered in voiceover. This contributes to the the film feeling like a work of poetry, but none of it adds up to anything. Javier Bardem gets the lion's share of dialogue, but only because his screen-time allows him to sermonize, pray, or recite scripture.

In addition, half a dozen characters were apparently cut out of the final product. This isn't unusual for a Malick film, but it suggests that they struggled to piece this thing together. Rachel McAdams survives to the final cut as Neil's childhood sweetheart. A brief portion of the film takes place on her horse ranch, but she exits just as quickly as she's introduced.

Despite these digressions into the lives of other characters, To the Wonder never loses focus of Marina. So much of the film consists of Marina taking in the sights and sounds of the world around her. I'm tempted to say Terrence Malick found his muse in Olga Kurylenko. His camera follows her around like an obedient pet, capturing every step and every longing glance toward the horizon. And when she momentarily leaves the story, her narration lingers. This is very much her story, made even more pronounced by the fact that the film appears completely uninterested in anything Ben Affleck is doing.

It seems fitting that this would be the last film Roger Ebert reviewed before merging with the infinite. To the Wonder has a palpable fascination with the world at large, and it seems perfectly content examining the natural cycle of human relationships. I want to recommend this film so badly, because the film's images are genuinely captivating. The characters and the lives they lead are far less compelling, but Malick's fascination with them is unwavering. A longer incubation period may have helped mold To the Wonder into something truly special. As it stands, the film is often mesmerizing, but ultimately slight.

MINORITY REPORT: As much as you may not have enjoyed it, every word you've written has made it sound like a film I'd love. - Ian "Professor Clumsy" Maddison