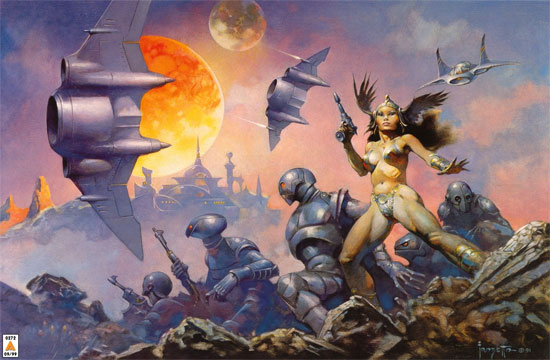 Zack: One picture of science fiction stuff wasn't enough. I think we should take a minute to really celebrate a few of Frank's best sci-fi paintings.

Steve: It doesn't get much more epic than that, dude. Space fighters, multiple planets in the sky, space city, and to top it all off he still found time to include some super fine babe strutting her stuff with some sort of atomic blaster.

Zack: I'd rearrange her atoms any day of the week. 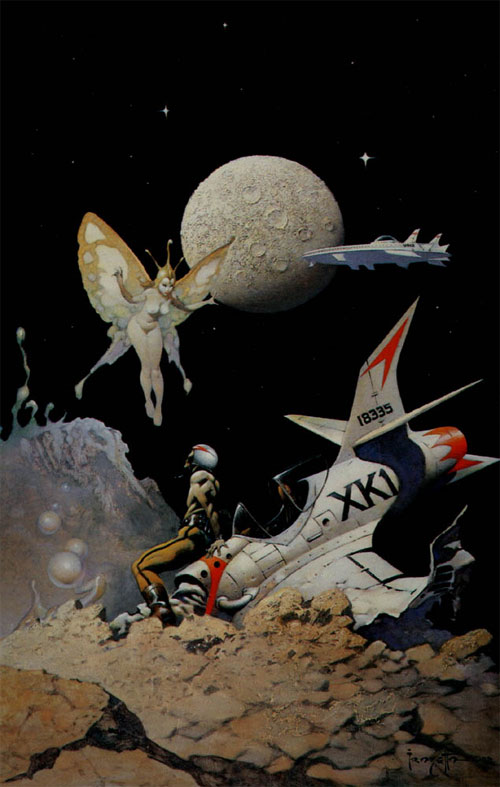 Zack: "I knew I shouldn't have dropped that acid before space fight."

Steve: If you're going to get shot down on some asteroid it might as well be the one populated by the hot, naked fairies.

Zack: Yeah, although any sort of moon or asteroid woman is usually a trap where you end up swallowed in some alien seed pod or a slave to the ant queen. 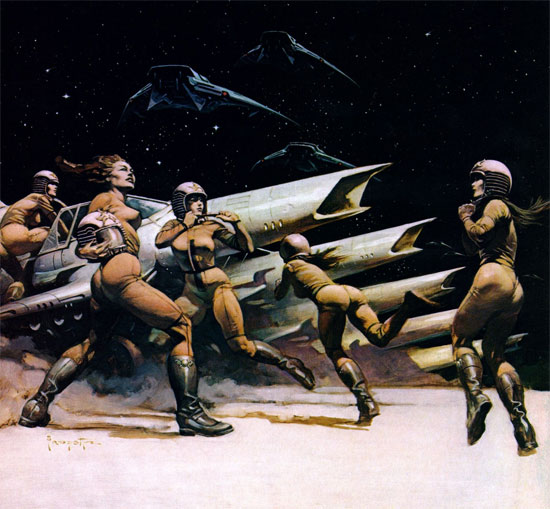 Zack: They're probably scrambling the alert fighters to chase down the robot that stole their panties.

Steve: No way can you wear panties with a uniform like that.