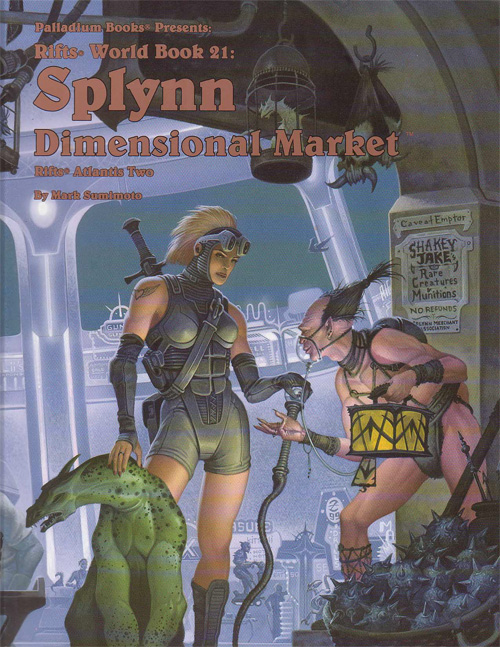 Steve: This one is really cool because it shows you the seedy underbelly of the Rifts world where mutants and hot babes buy and sell things.

Zack: I think your babe is on the aerobics SWAT team.

Zack: When people say that they don't mean literally strong.

Zack: Actually, at this point, they probably do mean that.

Steve: Doesn't this art make you want to go to Splynn and just like hang out in the food court and maybe buy a space monkey with some exotic gems or something?

Zack: Does the guy who sells the knockoff video game consoles and the helicopters also sell the space monkeys?

Steve: No, it's the purple guy in the techno diaper next to the pretzel stand.