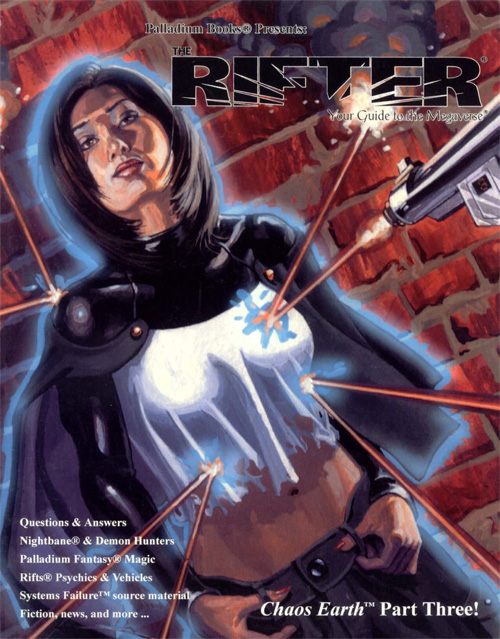 Zack: Oy, Steve! I don't even know what to say with this one.

Steve: It's a sexy babe with attitude and obviously she has mega damage capacity and these punks are shooting her with SDC weapons.

Zack: Be honest: how many times have you had the dream where you shoot machine guns at a woman's breasts?

Steve: No more than four times.

Steve: But usually they don't bounce off they go into her boobs and she moans and then her boobs get bigger and bigger the more I shoot my gun into them.

Zack: Did you start having these dreams after you saw this cover?

Steve: No, but after I saw the cover the woman was Anjelica Huston.