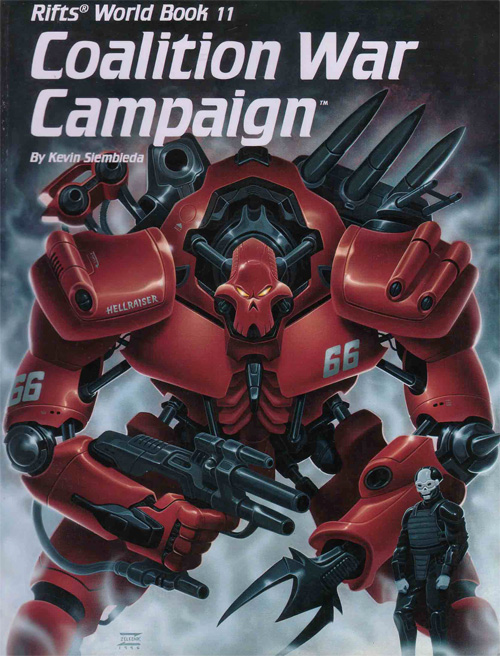 Steve: This thing is so badass. Look at all those guns and missiles. Imagine how much firepower it has.

Zack: Probably more than 70% of the other indistinguishable skull robots in Rifts. I mean, at some point, isn't Emperor Karl Prosek practically down on his knees begging for the design department to throw a dragon head or maybe like a beautiful woman head onto one of these robots?

Steve: It's intimidating if everything is skulls. Would you mess with a guy with a skull head?

Zack: No, but I wouldn't mess with a guy with a giant fork for a hand either.