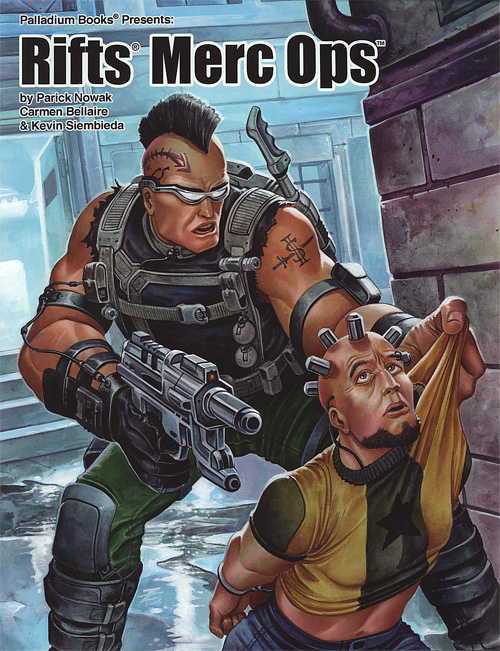 Steve: This guy is cool because he isn't like in a suit of power armor or something he's just out there, being real, but he's still badass as heck.

Zack: Yeah, sure, he did a great job taking down the guy with the batteries shoved into his head.

Steve: That guy is a powerful psychic who could fry your brain with a blast of his mind.

Zack: You mean outwit me?

Steve: He is probably dangerous too thus the warranting of ops.

Zack: I wouldn't mess with this merc. Not when his thumb is the size of a hand grenade. His fists are bigger than this guy's head.

Steve: It's all part of the ops.