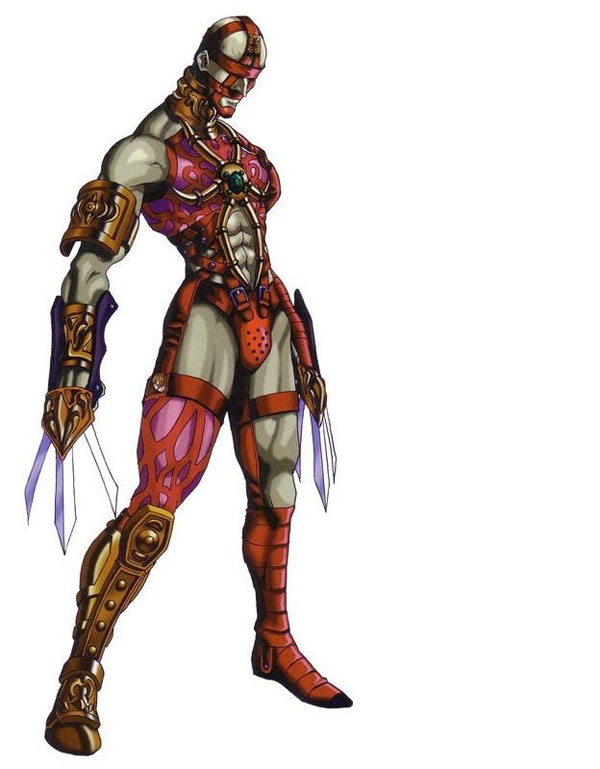 Dave: Oh god, seriously, I just chucked beef so hard I dishonored the heroic ghost of Horkules, god of chunder.

Zack: I just thought about something. This dude has a wiener. It's, like, right there. I am sorry brb type for a little bit I am filling a bucket up right now with my hot gut lava.

Dave: Oh my BRLAAAUUGH dude, that thought just put me in such a state of mental and physical distress that I literally went right up to him and placed my suckling cheeks upon his codpiece like a baby clamping down on a titty and just spewed mad hunks right into all the little holes on it, and all the hot spew filled up his gourd and bathed his whole nuts area.

Zack: AAABBBRBRRRRAAUAUAUAUAGH this dudes pukey balls just made me try to climb into his abs vagina on his outfit and turn around a couple times like a dog getting comfortable on a couch and then make a nest of huge, swampy barfs. I am seriously puking up things I ate last week. It's like that scene in Jaws where they find a license plate in a shark. I have stuff coming out of me that's impossible.

Dave: BRRWAAAAAUALGH I immediately found the last available unpuked-upon space on his body, which is his nasty gross face area, and I made a tight lifesaving suction seal around his disgusting snotty nose and fucking wracked my body with barfshudders until the excess meaty treacle was pouring out of his open mouth and down to his already puke-soaked balls.

Zack: I softened up his ab vagina with my gut gushers and worked my legs and butt into him like an ant-lion crawling into its little pit and MMAAAAAAUUGGGGHHHHH I am blasting out a scalding slurry of gummi candies I swallowed whole out of a candy barrel like three years ago.

Dave: I grabbed his big knifey hands and started clawing and tearing at my guts in a vain attempt to lay open my pukechambers and save my weary throat the searing agony of puking another gallon of chunky stew on his sack, but now my guts are just puking too and puke is coming from everywhere, and I am all puke.

Zack: Basically now I look like a non-stop barfing Kuato fused into his stomach in a constant, churning state of maximum-revulsion at this dude's whacked-out balls.I puked out my bones into his dick. I don't know how it happened, but it's not my fault. He did this to me.