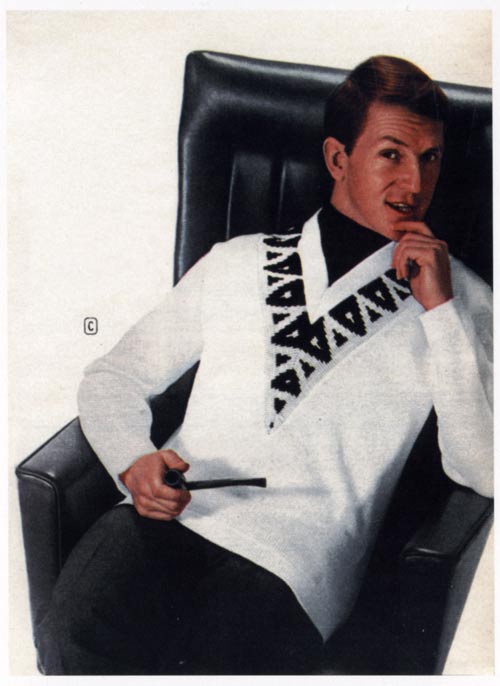 Dr. Thorpe: Wow. This guy is just such a huge pervert.

Zack: Seriously. I'm amazed they would give a job to such a deviant.

Dr. Thorpe: Everything about this guy is just an arrow pointing to his dick.

Zack: And his eyes are lit with a modest proposal. One that involves gallons of vegetable oil and a sawhorse.

Dr. Thorpe: He's got that sizing-you-up look. You can hear his brain going "yes... yes, I think you'll be just right."

Dr. Thorpe: All night he just casually walks around his mansion looking through keyholes at the perverse little living dioramas he's got set up in every room.

Dr. Thorpe: Nah, he hasn't done shit like that since he was ten years old. Now he's independently wealthy and he somehow manages to base his whole life around his perversions.

Zack: He has a room hidden behind a bookcase in his bedroom and inside there's a huge cistern and a dolphin ready to service his every need.

Dr. Thorpe: In one room, he's got what could only be described as a Nazi rape machine. He bought it on the Swiss black market for three million dollars. It can use a human being up in a matter of minutes. It's almost the equivalent of one of those machines at tourist attractions where you put in a penny and it smashes an embossed image into it.

Dr. Thorpe: "Allow me to show you the centerpiece of my collection," he says to some young virgin, and then he takes her into the machine room, and she sees this huge thing, Swastikas all over it, huge steam valves, big glass tubes, metal rollers, lots of switches and dials. "Oh my," she says, "is it a pipe organ?"

Dr. Thorpe: But he's got a soft spot for her wide-eyed innocence, so he decides that she's not quite ready for Der Reichenrapenmaschine, so he takes her to the next room over and watches while she is ravaged by a zebra that's been injected with hormones.

Zack: The dolphin and the rape machine are both good starts, but I'm sure his tastes have long since become jaded to such pedestrian endeavors. These days he's hiring infamous art thieves to steal pre-human skeletons from museums. Then he pays scientists from China to extract the DNA, clone the poor beast, carry it to term in a surrogate and then be born only to be used as little more than a toy in one of his sexual games with another hyper-rich perverted psychopath.

Zack: He can't even achieve an erection anymore unless a sentient being has died.

Zack: They sad thing is that there are probably resorts in Thailand that cater to exactly this sort of guy. You just walk in, pick out a girl, pay like 500 US dollars and strangle her while a pod of dolphins leaps into the air nearby.

Dr. Thorpe: After that, you're free to stuff her in your suitcase and take her home to be pureed into a delicious slurry by your favorite Nazi appliance.

Zack: Which you can then chill and drink through a straw made out of the thighbone of a fetal Neanderthal