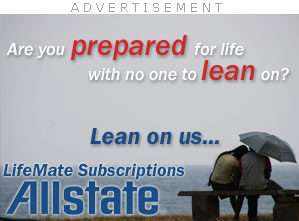 The pants are a little snug around the waist, but everything else is fine. Klint has a whole closet full of shoes and I find several pairs in my size. Why someone would have shoes in a size they don't actually wear is a mystery, but the alpine boots fit perfectly.

I find Klint sprawled across a couch in the lounge area playing some sort of videogame. His deep crimson colored tuxedo with his blonde hair pulled back into a ponytail.

The explosions and gunfire I heard are issuing from the TV on which a cybernetic gladiator is single-handedly obliterating the Chicom military. Klint taps the buttons of the controller and the gladiator punches his fist through the side of a tank and pulls out the mangled remains of a crewman.

"American Hoplite," Klint explains and his videogame alter-ego throws the tank into a helicopter hovering overhead.

It's one of many delusional fantasies of American supremacy designed to instill a sense of nationalism in teenagers.

"Move," Klint says to the topless redhead sprawled next to him.

She grudgingly relocates to another sofa and I sit down next to Klint.

"Howser told me to get dressed up for the Big Stunt and then he locked me in here."

American Hoplite cuts a Chinese officer in half with a helicopter blade.

We're not alone with the agency girls, a trio of bored MTV guys are sitting on another couch drinking cocktails. One of them is the kid with the jingly face full of piercings.

"What are you guys doing in here?" I ask.

"Made the mistake of wanting to film Klint," one of them snorts.

"Howser locked us in here with him and we ran out of shit to film in about five minutes," Jinglebells says.

"I'm kind of surprised you're alive, dude," Klint says and pauses the game to light a joint.

He passes it to me. I take a drag and regret it. It's strong shit and the coughing fit it sends me into is fucking up my stitches. I pass it over to the MTV crew.

American Hoplite tears the top off a truck and mashes his whole leg through the driver's chest to slam down the accelerator.

"So what do you guys know about this big stunt?"

Klint shrugs and returns to his videogame. Jinglebells hands the joint back to me.

"All I know is it's going to be in Sacramento and we're budgeted for eight million," Jinglebells says. "Nine crews and a crane for overhead shots."

"Plus my helicopter," Klint adds.

"Plus his helicopter," Jinglebells agrees.

"What do you mean?" Jinglebells seems confused. "We've been locked in here all morning."

"GAEN uplink is down," Klint offers. "That's what Howser said, so I'm trying to finish the Beijing level."

"He's right," Jinglebells holds up his phone, "I can't get service on this either. What do you mean about the news?"

I let the smoke from the weed roll slowly out of my open mouth and then I chase it away with two perfect rings.

"The President is dead, the VP, most of his cabinet," I hand the joint back to Klint. "It's ugly out there. The whole mess is falling apart."

"Things fall apart and the center cannot hold," Klint affects a melodic deep voice, "Fear and anarchy is loosed upon the world."

He pauses the game and drums with his hands.

"Dark Day Tomorrow," he explains and starts nodding his head to some unheard tune. "Doomcore band out of Oakland. At their last show I caught they had this fucking sweet mechanical angel with a burning sword that flew over the audience while their singer played the organ solo. Really nice guys."

"Oh, yeah," one of the MTV guys pipes up, "that thing killed a couple people on one of their tours."