He trolled and gamed and worked hard at mastering his negs, but before long he had pressing needs. 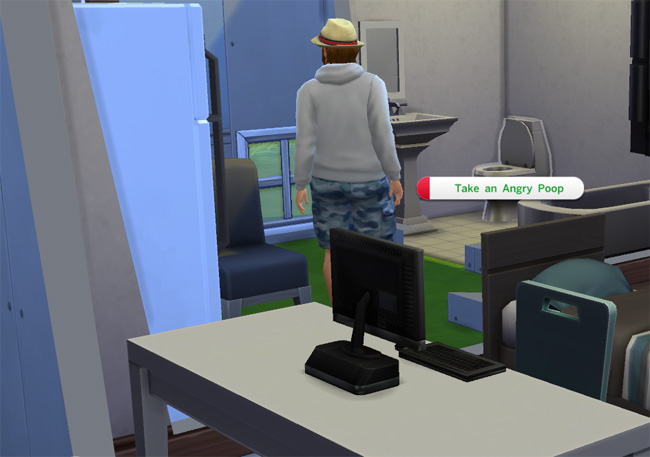 Haggard was perfectly happy eating scrambled eggs on the chair in the middle of his open air kitchen, but domestic bliss like anthills in your kitchen can only get you so far in life. You need friends. 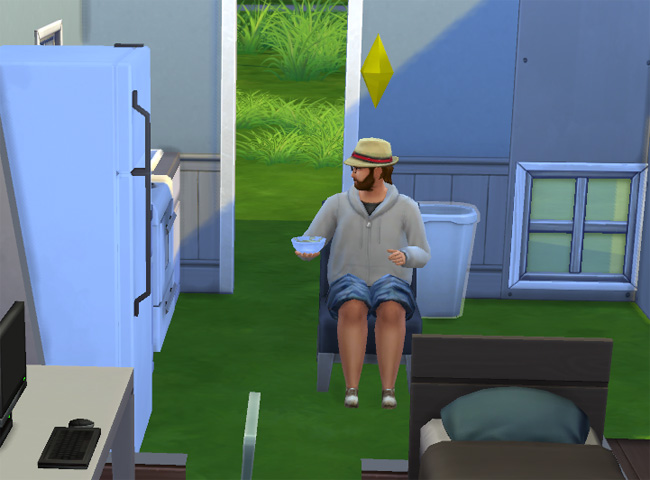 Haggard soon struck up a conversation with a couple of the neighborhood's loveliest ladies. They didn't seem to mind taking about games, but he blundered into the area of politics. It's wasn't Haggard's fault they had not opened their eyes to what FEMA has planned for them. 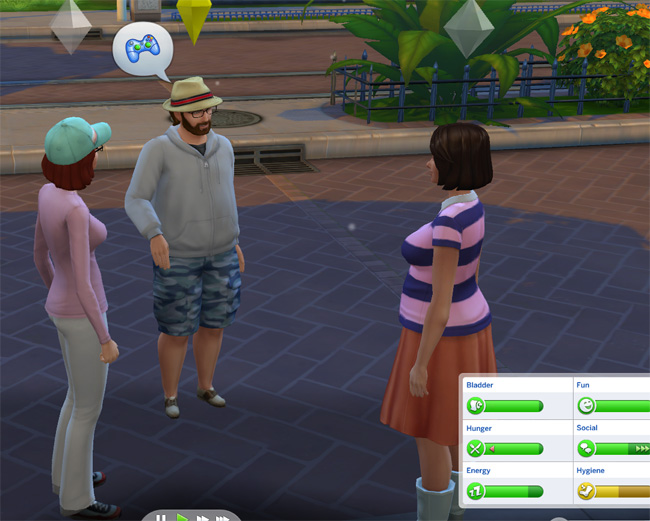 The Sims 4 touts enhanced autonomy for the sims living in this virtual shitworld. I don't really remember how autonomous the sims were in the Sims 3, but in this game Haggard liked to stand around for hours in the kitchen after almost every task. When a mysterious visitor appeared, I had to force him to go investigate. 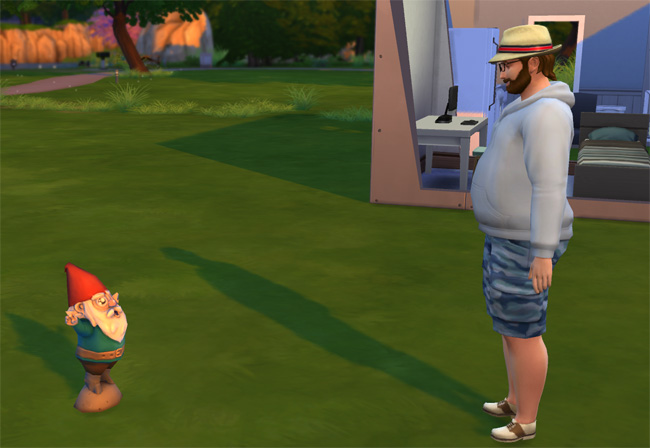