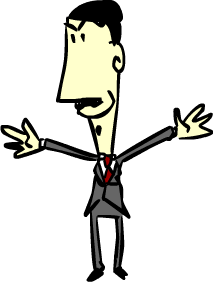 http://freakonomics.blogs.nytimes.c...uld-you-attack/
I remember threads like these being on SA before and they're really some of the most appalling things I've read on the net (No, I won't tell you what it beat out for the top spot). Why gives terrorists ideas for how to kill people?
All it takes is one "winner" of an idea and a terrorist sympathizer who buries through such obscure internet sites like the New York Times' website or the drudgereport.com to find these brilliant ideas. But I guess, if you think like Levitt, terrorists are twenty years removed from all riding camels, are scared by fire and would never know how to use the internet, much more frequent popular sites. How can they listen in on us if they're all in caves???
Levitt's "idea" for terror is essentially to duplicate the DC sniper's acts in a more strategic fashion. As Levitt hints himself in the short article, that kind of terror is ipso facto incredibly difficult to combat, never mind predict or prevent. The idea that this article will "help" more than hurt is a thoughtless retreat from how irresponsible Levitt knows it is.
Why doesn't Levitt, for his next article, write about the most economic way to go about kidnapping a child ("Snickers is by far America's favorite candy bar and orange the least frightening van color. An unresearched pedo is a jailed pedo.") or committing a date rape ("Blood can be traced back to you, so don't be too rough if you decide to go for vaginal penetration. I've also got vague economics on how to figure out if the potential victim is a gun-owner or not, I'll put that update in my next entry.")
Thoughts? (Feelings?)

I think the best way to describe it is by taking it in terms of a very narrow view and a broad long-term view. If you compare the picture of a TV screen as you look at it normally you'll see an image in natural colors and contrast; but if you look at it close up you'll see that natural color image and contrast is made up of different dots of color that don't match what you see when you step back and watch the TV rather than getting in close and trying to see every detail. If all you were determined to see of the TV screen was that close-in narrow image you'd believe there couldn't be a big picture in natural color and contrast because all you could see was some colored dots that didn't make any pattern in your eyes.
I think that this is a good comparison for the kinds of criticisms some people are making of isolated stances and quotes Dr. Paul has made; they're just looking at the colored dots close up and can't see the big long term picture and to them it's impossible how these random dots could add up to the kind of deeply held and principled ideas which Ron Paul stands for. I'd say if you're really interested in challenging your assumptions on Ron Paul then suspend those judgments you've got right now and stake a step back and put yourself in a place of vulnerable open mindedness that says you might have to look at this man and this campaign differently to understand them. You don't have to agree with him; but you'd see the point of what he was saying and fighting for and you'd see something of what people who support him see.
And I don't know about Dr. Paul's ideas on auditing Fort Knox but I'm shocked by the idea that the gold reserves don't have an impartial person auditing them. The question isn't whether Ron Paul should be allowed in to check but whether anybody who is truly impartial is interested in keeping track of all this; or whether the same wolves who pull the strings in the federal reserve can be trusted to guard the wealth of the nation.

Don't be fooled: Faux intellectuals have heaped upon Dubliners a lot of undeserved hype. Plot is largely nonexistant; the stories are uninspired and boring. Note how most of the posters in this thread can only compliment its "beauty." His writing is terse and bland. Hell, I've seen better depictions of beauty in a Palahniuk novel. One may perhaps read it from a historical perspective, but such a reading is only enjoyable for an academic. For the casual reader I can only recommend that you avoid it.