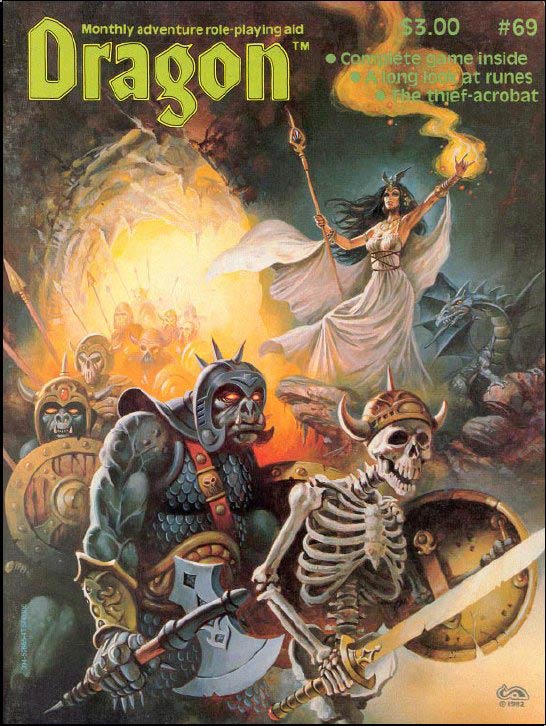 BLAM! Here we are with issue 69 being transported to a whole new level of sweetness by the artists at Dragon magazine. This picture has it all when it comes to monsters. You've got Skeleton warriors, orcs with blood-drenched axes, a dragon, and a hot as heck sorceress babe in a wedding dress with a monster rack. You notice it says "Complete Game inside" and I hope it's the game of this cover: baddest ass war about to be fought. You play a hot sorceress babe (with a different hot babe card for each player) and you summon your army. You can have the orc army, the skeleton army, the dragon army, maybe like the mer-folk army if you have some water around. Top notch. 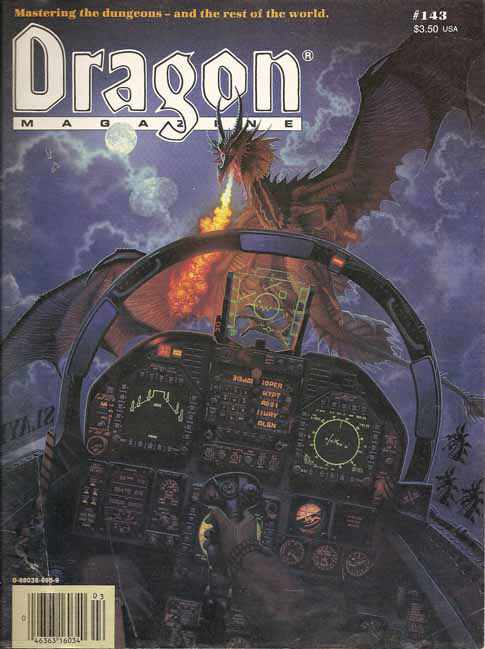 Simply incredible. As Dragon magazine matures you can see their artwork has as well. They have gone from just "sweet ass" to "sweet ass post-modernism". The level of detail here is what really sells the idea of this whole world where the good old USAF has to fight dragons with F-16s. You can see the little stencils on the glass of the cockpit so you know this pilot is about #1 when it comes to fraggin' dragons. This picture is pretty much the basis for the excellent movie "Reign of Fire" which is one of my all time favorites. If you've never seen it it's the one where the guy from "The Machinist" and the guy from "Amistad" team up in London to fight an invasion of dragons that have taken over the future. They have tanks and helicopters and crap and the dragons are still kicking ass right and left. Highly recommended, as well as this cover. In fact, just put "Reign of Fire" in your NetFlix thingy and then look at this picture to get pumped until it arrives. 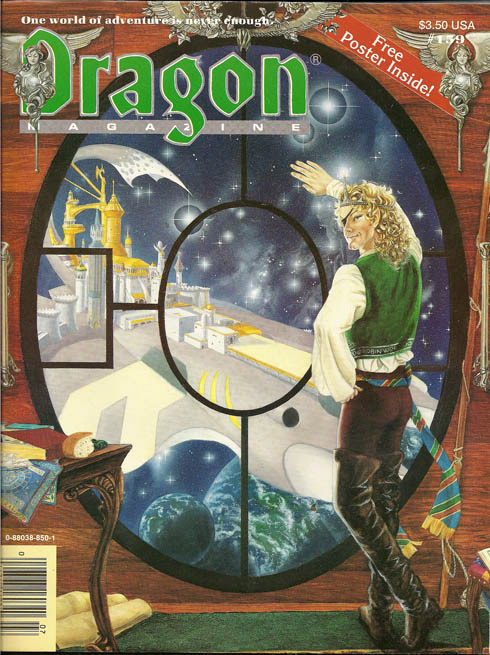 An elf in space? Not as strange as you might think! TSR created my favorite setting ever in the late 1980s and you can see a sample of some of the incredible artwork here. You like pirates? You like fantasy? You like spaceships? Then you will absolutely love Spelljammer. It combined everything that is great about fighting a wizard with everything that is great about navigating a galleon through deep space. I think this picture says it all about the ultimate sweetness of that setting. Talk about adventure!